Last year, Pressy launched a Kickstarter campaign for a physical button that fits into the audio jack of your Android mobile devices, and was sold for $17 in their extra successful campaign. Now you can pre-order a Pressy button for about $27, or a bit less if you order in quantities. Last month, Xiaomi showed a blatant clone of Pressy with their Mi Click that they sell for 4.9 RMB (~0.80 USD) in China. Some sellers are even re-selling the items on Aliexpress for nearly $10. It turns out there appears to be quite a few clones of the Pressy button, including Hello Klick which you can buy for $4 to $5, as even as low as $2 per piece if you order 10 Klicks. And these prices include international shipping. It’s also on Taobao starting at 4.99 RMB. 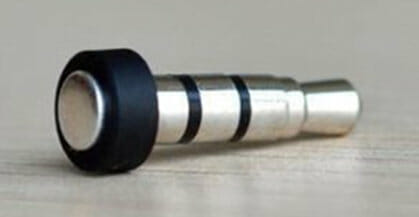 It seems some models come with a stereo jack, whereas others come with a mono jack. I have no idea if it matters, I’d guess not. Nevertheless, they all work the same way:

I don’t own the Klick, but I’ve installed the app, and all text is in English. 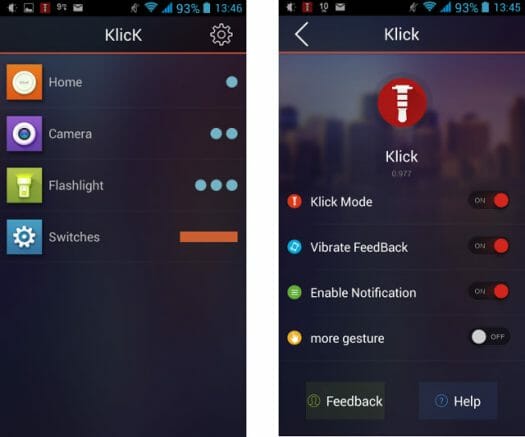 If you can read Chinese, further details about this accessories are available on HelloKlick.com.

Read more: Xiaomi rips off a Kickstarter project to give your smartphone an extra, configurable button http://www.techinasia.com/new-xiaomi-mikey-not-very-origina

@onebir
Actually I wonder if Hello Klick and Mi Click are not simply the same product… Even marketing material are very similar.

Somebody left a message saying Hello Klick was invented before Pressy comes to market.
I had to delete it, because of rough, racist and insulting language. But it would be interesting to know if Pressy actually got their idea from the Chinese manufacturers, instead of the other way around.

Either way, it wasn’t rocket science… 😉

dont waste your money on this..i just bought 5 and it doesnt work properly..
piece of garbage

Why buy one when you can make one for almost nothing.
https://www.youtube.com/watch?v=wresWTrk9P4