If you’re looking for a low cost dual core Android or Linux TV box or mini server, it won’t get much cheaper than Shenzhen Visson V5 powered by AllWinner A20 dual Cortex A7 SoC with 512 MB RAM, 4GB flash, as well as various port such as HDMI, Ethernet, and USB. 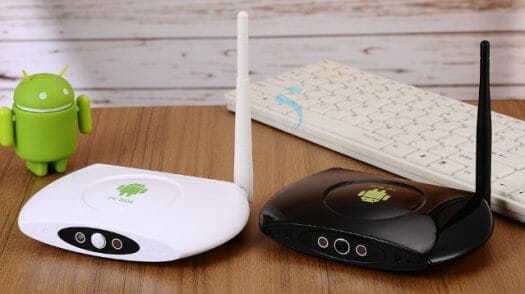 According to the specifications on Aliexpress, there’s also a (micro?) SD card, but I can’t find it on any of the pictures, so it’s safe to assume there isn’t any. 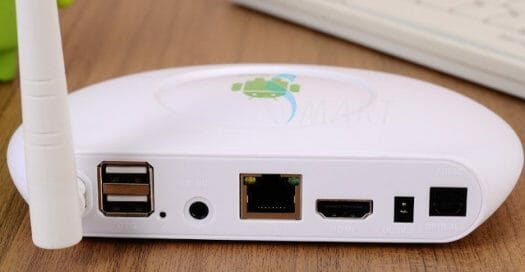 This Android 4.2.2 box ships with a remote control, a 5V/2A power adapter, AV and HDMI cables, and a user’s manual in Chinese. For various pictures also show the model to be “i7” or “Y6”. Even though it’s running Android 4.2.2, you should be able to run your preferred Linux distributions if you wish too, possibly with Linux mainline (headless only, AFAIK).  I would not recommended this device for applications requiring lots of user interaction as the performance may not be optimal, but if all you want to do is to play a video in the background for a demo / digital signage player, or use it as a headless downloader, or simple NAS, it will certainly do.

Shenzhen Visson V5 can be purchased on Aliexpress for $36.99 including shipping.

And again no SD slot – no linux for now. Sunx nand is still very poorly supported.