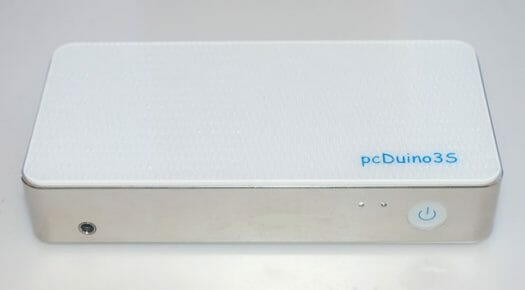 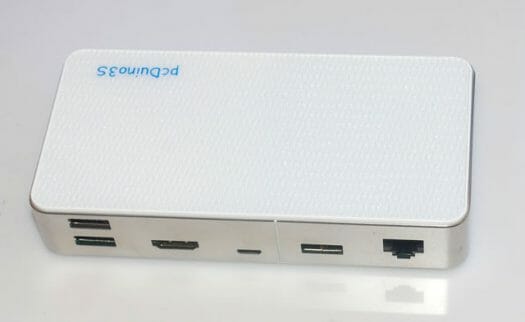 The company provides images for Ubuntu 12.04 and Android 4.2. It should be software compatible with PCDuino3, but based on the “enclosure opening” video below, and the ports position on the enclosure, it’s a completely different board inside.

The back of the case reads “OCLOUD Network Computer”, so it seems it may be an older products from Ocloud Technologies, a company which has developed a desktop virtualization system for PCDuino, and has been rebranded to PCDuino3S.

PCDuino3S appears to be available now, and you can purchased directly from Linksprite for $99, or on Amazon for $108.90.