FreakTab is a community of developers and users focusing on Android tablets, smartphones and especially mini PCs. Users will get answer to their technical problems, and developers such as Finless or Neonode, will release improved custom “ROMs” for more popular devices. But instead of simply working on other product’s firmware, the main contributors on Freaktab have apaprently decided to work together on the Freakbox Project, an Android TV Box powered by Rockchip RK3188 quad core SoC. 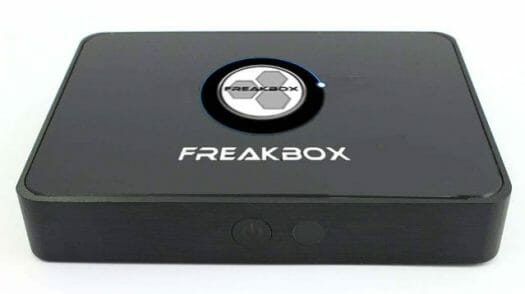 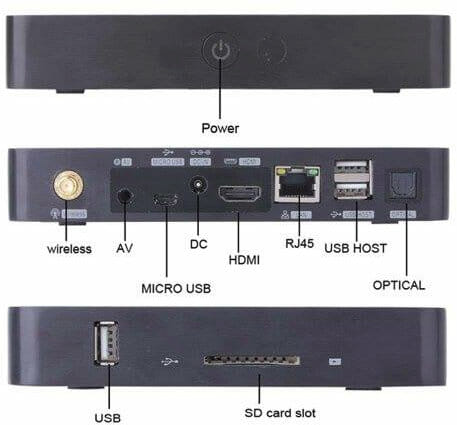 The hardware appears to be pretty standard, and it’s far from being the latest and greatest in terms of specifications, but of course, the whole selling point of this box is support by Freaktab community, which will provide an Android 4.4 firmware with kernel and system customized from source, and supported by the community.

The team has managed to keep the project pretty secret, but development appears to be nearly complete, and they’ve even announced the box will start pre-selling today on Freakbox Project’s Facebook page (Price still unknown at the time of writing). You can find more information on freakbox-project.com.

No, it is not the same a XUnity or the X7.
It is our own Box we have built with Custom Firmware and Kernel Build from Source.
The Special thing is the Support we will Provide and regular Firmware Updates.

Hmmm… sad, that the community always comes up with such medicore devices. Maybe it’s development costs / NDAs, I can’t judge. The only thing, that points at a community development seems to be the external WiFi antenna and the SD-Card reader. Maybe there is more on the firmware side.

Question is, will that firmware include prporietary, closed source enhancements, just like the rest of the tv box/tv stick hustlers, or will it be open source and remain true to the collaborative spirit of the Freaktab forums, which is the foundation of this venture?

If it does abandon its original, collaborative spirit, this project is doomed to fail and also will be quite hypocritical. I hope it doesn’t go that route.

I guess this price is because they plan good support users, or because production is small…

They are using Rockchip, lots of things will be closed. Closed because Rockchip is closed.

@Javi
Thanks I had no idea the price difference was so small. I’ve seen well known companies charge between $50 to $100 more for the 32GB version of their hardware compared to the 16GB version…

This seems just the UGOOS UT2 rebranded. No kernel 3.10? No Linux? I don’t see the difference with miniX x7 or cr11S for instance. Support? Other boxes also have firmware and kernels built from RKSDK.

Radxa & Hummingbird are good boards. skelton : This seems just the UGOOS UT2 rebranded. No kernel 3.10? No Linux? I don’t see the difference with miniX x7 or cr11S for instance. Support? Other boxes also have firmware and kernels built from RKSDK. Honestly, I see radxa rock more interesting, and more now seeing that a radxa rock 2 is coming…. Yes, it is. Radxa, Hummingbird and so on are thought for development, if they want a massive product they must choose a model from the market with case (or invest in hardware and moulding, but we’re not talking about… Read more »

…that’s beyond obvious. There’s a larger point there you’ve obviously missed or don’t care to indulge. I guess it’s instructive (the fact they’re going RK3188) as to what this is going to turn into.

Today I bought a 4K TV and take the Beelink M8 to the shop to test the TV before buy, later I’ll use a RK3288 board product (ZERO Devices).

If finally this project is instructive I will feel happy to learn with them, but also, if just want to make something instructive skelton is right by saying “radxa is more interesting”