Albeit Tizen struggle in the smartphone market widely reported by the tech press, devices from cameras to smartwatches, all made by Samsung, are currently selling with the new mobile operating system. Announced about two weeks ago, Samsung Gear S is the latest Tizen product launched by the company. The smartwatch features a 2″ curved display (Samsung likes curved displays), Bluetooth, Wi-Fi, etc.. and it can also make phone calls and access the internet over 2G/3G cellular networks. 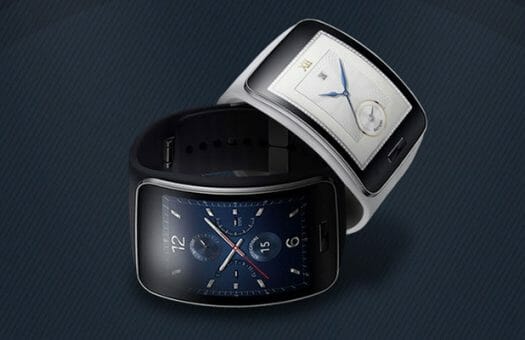 Contrary to most other (Western) smartwatches, Gear S can be used standalone to access the internet, make calls, send SMS, etc.. so it’s not only designed as a smartphone companion. The screen is larger than the previous Gear models, and apparently large enough to fit a QWERTY keyboard (Flesky), but you can always use voice recognition (S Voice) if typing on a tiny screen is not your thing. With GPS, an heart rate monitor, and other sensors, it should also be a decent platform for fitness applications, and the watch indeed  includes S Health and Nike+ Running apps for Tizen.

Engadget (and others) could try out the smartwatch at IFA 2014.

The watch should become available later this year, but the price has not been disclosed yet.

But if you want to develop and publish apps specifically for Samsung devices, you can visit Samsung Gear developer site for details, where you’ll also find Samsung Accessories SDK, documentation and tutorials. Host side (smartphone / tablet) apps can be developed using the standard Android development tools (e.g. Android Studio), and only Wearables  apps require the Tizen SDK for wearables.

The Tizen SDK provides the following API and features:

The Accessories SDK is used to transfer data between devices, for example for messages, data, and files transfers between a GALAXY device and a Gear device.

You can read Samsung’s Tizen SDK announcement for some details, a non-exhaustive list of apps already ported to Tizen for wearables.

Those backlit colour screens must be very power-hungry and mostly switched off, which is a disadvantage for a wearable with a tiny battery. Most digital watches use an always-on monochrome LCD without with button-activated backlight that is rarely required. Very low power requirement.