Products leveraging Bluetooth Location technology have been around for a couple of years with tags like SticknFind, that you can stick to any devices and locate them with your Bluetooth enabled smartphone. A Texan inventor decided to integrate this technology into a rechargeable battery to easily let people find their remote controls or other battery operated device. 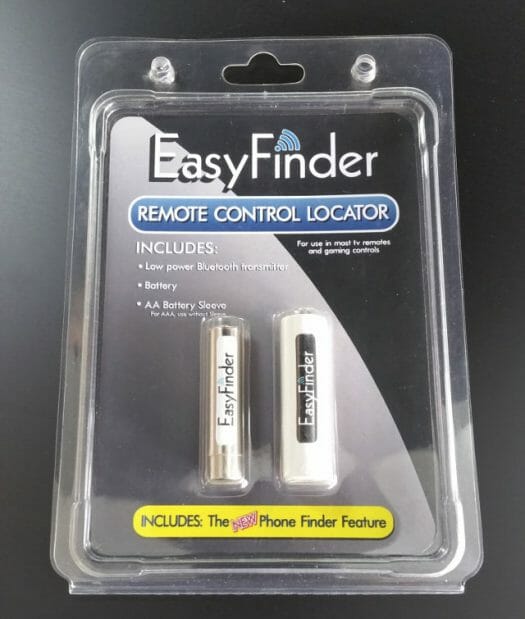 The Bluetooth transmitter is part of an AA battery, but they also provide a AA sleeve if your device requires larger batteries.

Once you’ve installed the battery, you need download and install EasyFinder app on your Android or iOS smartpphone, tablet, or smartwatch. It will let you register the battery, and estimate your device position, and once you are close enough, you can make the battery ring to find it more easily. 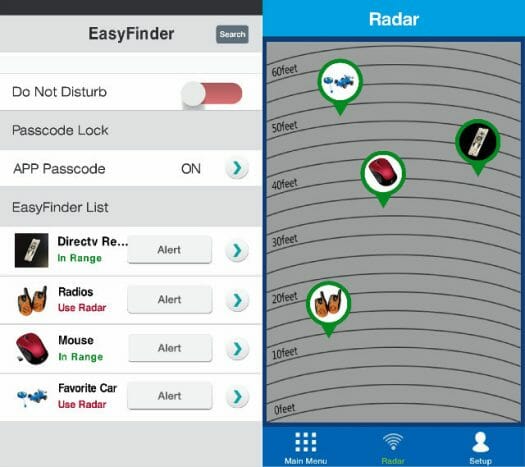 In case you perfectly know where your remote control is, but you just lost your phone somewhere, you can touch the logo on EasyFinder battery to make your phone ring.

The inventor is looking to raise $30,000 via an flexible funding campaign on Indiegogo. A $25 pledge should get you an EasyFinder battery (Early Bird), but a $35 pledge will also include a charger, and other rewards include multiple quantities or an early beta sample. Shipping is $8 to North America, and $12 to the rest of the world, with delivery scheduled for November 2015, except for the Beta which should be sent in October.