There are already quite a few smart Wi-Fi electric sockets like Kankun KK-SP3, Broadlink SP2, or Orvibo Vivo S20 among others that cost between $20 and $45 shipped. They can all be controlled via an Android or iOS app either via the touch of a button, or by setting schedules, and some can also measure power consumption. But what they can’t do, is to automatically learn your schedule or habits, and detect whether you are at home or not, and that’s exactly what Ottoxbox has been designed to do. 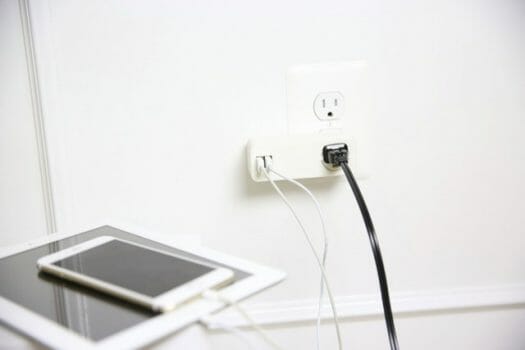 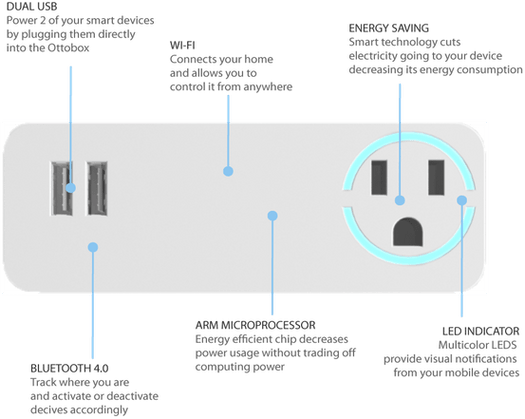 The plug can automatically cut the power of your devices when not in use, and drastically cutting on power usage with some of them possibly having a high standby power consumption (Phantom electricity). It can also detect whether you are at home or in a specific room using Bluetooth location technology with your smartphone which they call “Cense technology”, so that it can automatically turn off the TV or lights when you are not around. The same location technology will allow Ottobox to learn your schedule automatically, and turn on/off the devices accordingly.  These two “patent-pending” features could save a lot on your electricity bill, with the developer’s claiming some people bills have been cut by half.

Your can setup and control the plugs with a web browser or mobile app, although there’s no mention of Android or iOS, and the developer promises an API for developers, but details are sparse. The screenshot below implies the smart socket also support energy monitoring, but it’s not explicit mentioned in the specs. 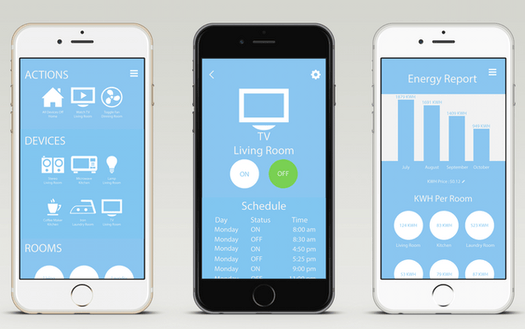 The project is now on Kickstarter with the team trying to raise $50,000 to complete development and start with mass-production. The super early reward for Ottobox requires a $49 pledge, plus $10 shipping to the US, and $20 to the rest of the world. There’s also a $550 Developer & Beta Program reward for 10 Ottoboxes + access to SDK, API and documentation. Delivery is scheduled for December 2015.

The inventor is 18 years old, so he probably has no previous manufacturing experience, and although he’s setup a small team around the project, backing this crowdfunding campaign might be a little more risky than usual.