It’s always possible to connect a USB hard drive to a mini PC, but it’s not quite as neat as having an internal drive, and it may not pass the wife test. NEXBOX T11 mini PC powered by Intel Atom x5-Z8300 processor addresses this issue by including a 2.5″ SATA bay on the bottom for the case of a SSD or HDD with up to 2 TB capacity. 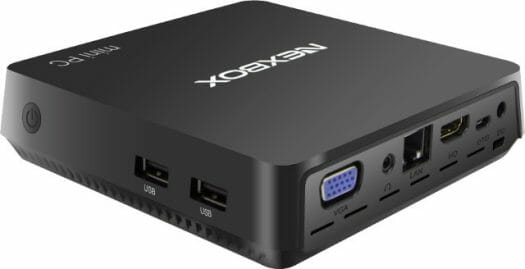 The device is said to run a licensed version of Windows 10 Home. 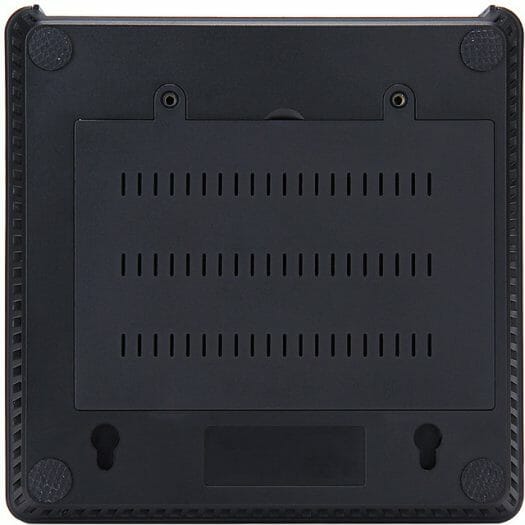 The SATA bay is just made like in laptops where you need to loosen two screws to take out the cover, insert the drive, and put the cover back. In some cases, an internal SATA bay may also improve performance compared to an USB drive, as the processor may support SATA and PCIe, but Intel Atom x5 processor do not support SATA, and the company confirmed they used a USB 2.0 to SATA bridge to implement that feature. That means you won’t get better performance, but at least your desk will be neater. You’ll also notice the product can be wall-mounted thanks to two holes on the bottom of the case.

You can also consult the manufacturer product page, where either T11 or T12 is used, but I’ve been told both are the same exact model.

…and it may not pass the wife test… -> now add only an integrated slimline slot and the wife will be completely happy, add an apple logo and she will even be interested…

@onebir
If the processor only has one USB 3.0 interface (I’m not sure about that), then they would have had to remove the external USB 3.0 port, or add a USB 3.0 hub internally bringing the cost up.

Wonder why they’d do 10/100 Ethernet. I’d be the first taker if they spruce up the CPU to Skylake and put in Gigabit Ethernet.