Xiaomi introduced Mi Router HD, an AC2600 router with 1 or 8 TB HDD storage, at CES 2017. The exact same router now appears to be up for pre-order on GearBest for $127, but without any hard drive, which should allow you to use to own. 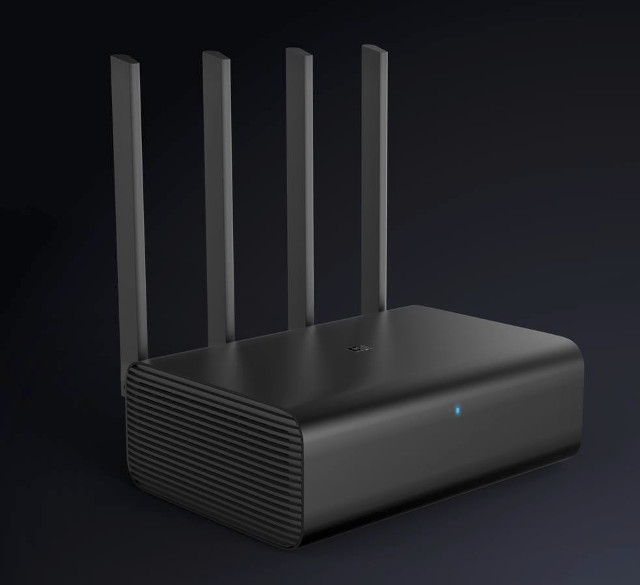 GearBest does not call it “Mi Router HD” but instead “Xiaomi Mi R3P”. The photos match the ones of the product unveiled at CES 2017, and the preliminary specifications can be derived from various sources:

Just like other Xiaomi routers it can be configured with MiWiFi mobile app available in multiple languages. If the router has a web interface with more options, it might only be in Chinese however.

Xiaomi Mi Router HD is said to launch in China during the first trimester for just under $200 with a 1TB hard drive, and under $500 for an 8TB drive. Xiaomi said they will use “surveillance-class” hard drives, which may be more expensive, but the price on GearBest at under $130 without hard drive appears to be quite low, especially since oversea shipping is included. It’s also unclear how easy it would be to open the router to insert your own hard drive, and there’s no info at all about that on GearBest. Shipping is scheduled for February 8th, but it’s probably better to wait and see, as in the past people had to wait a long time for pre-orders that got delayed.

@goran
Just check lede-project.org/toh/start or wait for the first independent review of this device.

@Jean-Luc Aufranc (CNXSoft): The gearbest link is missing (2nd link is identical with 1st). IMO after all those router based security nightmares I wouldn’t list any such devices here when they’re not supported by any open sourced router firmware.

I don’t want/need China mining my hard drive for info.

the most worst thing is Qualcomm SOC – they using binaries drivers, there is no source … and this WIFI has many bugs 🙁 same using Asus RT87u – after this model – asus droped at all qualcomm solution in own Routers, now using only broadcom )

@piotrasd
Where did you hear that ? ASUS use Qualcomm IPQ4018 in their new RT-AC58U launched last September, and of course ASUS use AsusWRT firmware. Other than lack of source code for Qualcomm drivers, is there anything else wrong with Qualcomm Router SoCs ?

GearBest confirmed that’s indeed Mi Router HD and users can install the hard drive themselves.
The also gave me GBCNA coupon for a 10% discount.

Incorrect, users cannot install HDD themselves internally, there is no space inside as its all taken up by the large heatsink, also no sata connection.

Otherwise, its a nice router.