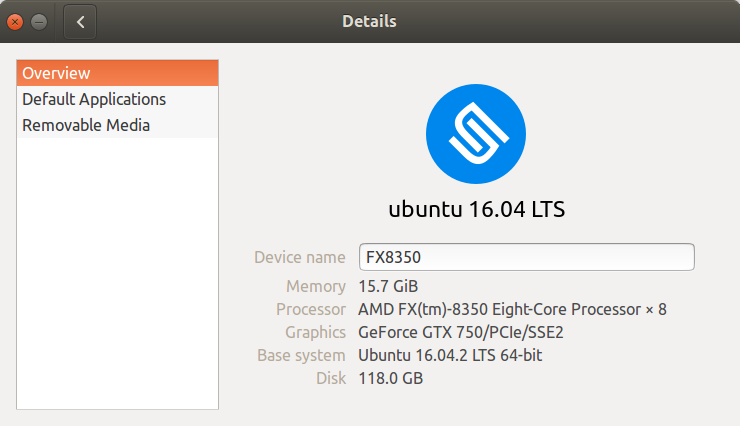 So I wondered why that was, and eventually found my answer on Reddit thanks to EndofLineLF user:

The switch to HWE (Hardware Enablement Stack) was never automatic. So if you want newer kernel you have to install it manually.

This will also install the new HWE kernel because it is recommended for that package.

Upgrading to the new kernel is completely optional, and Linux 4.4 will still get security updates, but I did it anyway, since I had an issue with the current Linux 4.4.62 kernel, although a fix with the next 4.4.63 release later this month. Anyway, I went ahead with:

After a reboot, I could confirm linux 4.8.0-34 kernel was installed:

If you run a Ubuntu 16.04 server installation, and want to upgrade to Linux 4.8, you may want to instead run:

One important note: If you switch from Linux 4.4 (GA) to Linux 4.8 (HWE), you’ll lose support for Canonical Livepatch Service.

Uhm, 4.8 has been EOL for a month? The latest stable is 4.9.
I have had 4.8 running since october, no issues, but now I’m running 4.9, no problems either.
Manually installed though, from http://kernel.ubuntu.com/~kernel-ppa/mainline/

I’m just wondering why Ubuntus recommending an EOL kernel, with no further updates…

Why do u recommend the lowlatency kernel for server systems?

@Funny
It was in the Ubuntu’s “Rolling LTE Enablement Stack” page, but you’re right, it may not be needed for most people.

Compile and use a monolithic kernel in servers. … keep away xservers in servers

@Stefan M
It’s very common for distributions to ship with kernels that are not supported by kernel.org anymore. In that case, they just have to provide kernel support themselves and backpot fixes, etc. Ubuntu 14.04 LTS shipped with kernel 3.13, for example, which never was a longterm kernel on kernel.org. Yet, Canonical still provides support for that kernel. This happens for other packages as well.

The HWE stack caused my computer with Intel Haswell i915 graphics to boot to a black screen. The commonly suggested “nomodeset” grub option locked my display at a very low resolution. I had to uninstall the 4.8 kernel and HWE xserver packages and reinstall the GA xserver packages with “apt install –reinstall ubuntu-desktop”.

@zgoda
You may be able to force it manually:

@zgoda
I ran the two commands above. Ubuntu 16.04.2 is not available for download as ISO yet.
Maybe they pushed it on Feb 9, then decided to pull it out?
There have been numerous delays for Ubuntu 16.04.2, maybe it’s just another one.

@zgoda
Ubuntu 16.04.2 has now officially been released, and the ISO is up for download too.