We’ve already seen several laptops and notebooks powered by Intel Apollo Lake processors such as CHUWI LapBook 14.1, Voyo VBook A1, or Acer Spin 1. However, most of the time those models only come with 32 or 64GB eMMC flash for the operating system, which – for my needs at least – is clearly not enough, as I need extra space for data. Some allow for M.2 or mSATA card expansions but that’s usually expensive, and I’d prefer the combination of an eMMC flash (or ideally a similarly sized SSD) for optional performance, together with the capacity and cheaper price of an hard drive.

DERA A3 Air notebook appears to provide just that as it includes a 64GB SSD and a 500GB HDD. The device also comes with a 14.1″ display, and is powered by an Intel Celeron J3455 quad core Apollo Lake processor. 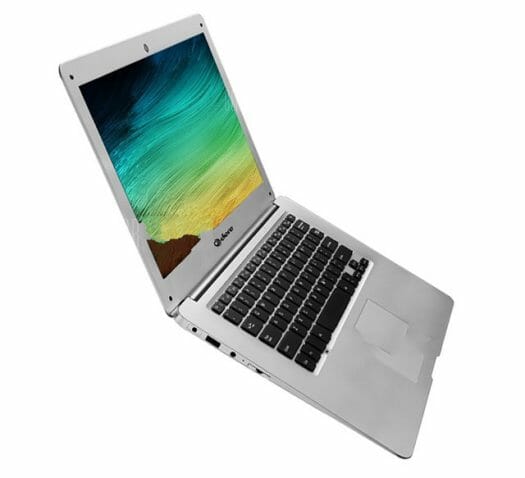 The laptop comes with Windows 10 Home, and ships with a charger and English user manual. The choice of Celeron J3455 is interesting as it’s supposed to be a desktop processor, while N-series processors – often used in mini PCs – are for “mobile” applications such as laptops and 2-in-1 hybrids. That will mean cooling will be more challenging, but at 10W they may have managed. For some reasons Bluetooth is not listed anywhere, and battery capacity looks quite low. 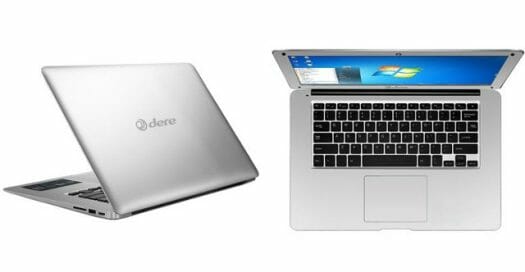 techtablets.com have reviewed many Apollo Lake laptops, and have covered whether you can add M.2 SSDs to them, which have IPS displays, which have thermal throttling problems.
I don’t think they have covered this specific one, might be worth asking them to review it.

I ordered an Jumper EZBook 3 pro a few weeks ago from Gearbest, it gets a good review at TT, hopefully it will be here soon. Its only real weakness is low grade eMMC, so I intend to fit an SSD to it.