Rockchip RK3229 is a quad core Cortex A7 for entry-level 4K TV boxes, and usually found in the cheapest TV boxes with factory price (MOQ) starting at around $18, and the bare minimum of 1GB of RAM, and 8GB of storage. Sometimes, it’s also found in higher quality models, for example Zidoo X1 II, and some models have more memory and/storage such as R-Box 4K. 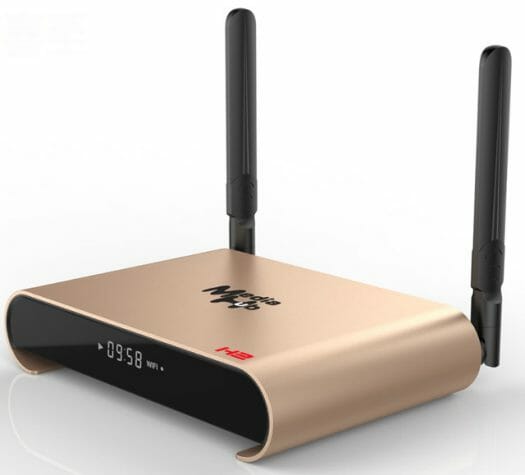 The device runs Android 6.0, and is said to come with 1-year of free IPTV worth $75. I would not count on the latter however, as many not-so-legal IPTV services have been busted by authorities recently. 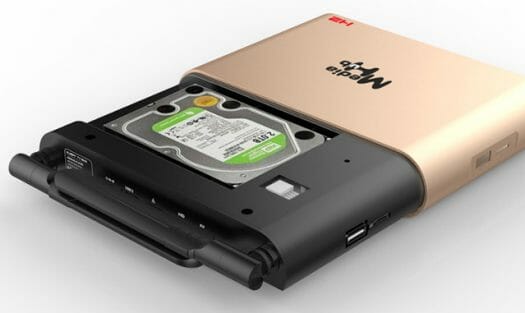 Rockchip RK3229 does not come with SATA, USB 3.0, nor PCIe interface, so the SATA bay will have been implemented through a USB 2.0 to SATA bridge that could deliver up to around 40 MB/s, if they’ve not messed up. It’s worth noting the SoC comes with three separate USB 2.0 port so bandwidth is not shared.

If you planed to replace Android by Linux to convert it into a simple server, it might be tricky, as there does not seem to be much activity for Linux on RK3229, no development board, and the processor is not even listed on Rockchip open source website.

“Sorry, this item is no longer available!.”……in Aliexpress

There has been a recent major illegal IPTV bust in Greece etc and two Singapore IPTV box sellers have had private court cases launched against them, as reported on Torrentfreak News site.

Wonder if that is related to the box being removed from sale?

Rockchip also appear to be readying Android 8.1 for their SoCs, if true that means unlike Allwinner, Rockchip do support Android upgrades for their SoCs.

@tkraspilabs
That’s really odd this morning they had “102 pieces available”.

I suspect the main company behind these is HK iwatch Limited. They uses photos of the same case with main different SoC . They also offer customisation of Logo on box , in software for a price. They even offer a means to hide IPTV set up past customs ( they claim )