Standalone / All-in-One Android virtual reality headsets have been around for a couple of years, mostly from Chinese vendors.  But the number and quality of VR apps available were rather low at the time, and those VR headsets were mostly useful to watch 360°  & VR videos.

This may explain why larger companies had not launched any standalone headset so far, but this week everything changed, as Facebook started selling their Oculus Go virtual reality headset , and Google & Lenovo have just jointly announced the availability of Mirage Solo, the first standalone VR headset compatible with Google Daydream. 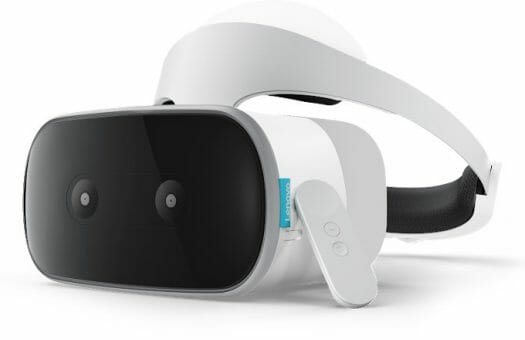 The companies also launched Lenovo Mirage Camera, which they claim is the  the first VR180 consumer camera, and allows end-users to easily capture VR content – just as they’d do with point and shoot camera – to watch them latter on their Mirage Solo headset using YouTube and/or Google Photo. 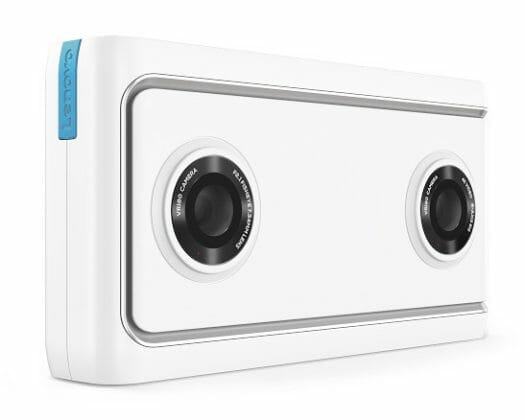 So one thing I can’t find info on is, are the “Lenovo Mirage Solo”‘s cameras only for 6DOF – or can they be used to do AR? (ie. passed through to the screens and then overlayed with whatever you want) Can you at least take 3D photos with them?

There’s going to be lag. How much remains to be seen, but it’s probably enough to preclude AR. Really, unless you’re doing recog or other processing of the environmental visuals, you don’t want to even DO that sort of thing and are better off with other solutions. We’ll see if AntVR’s AR solution sees the light of day and is as impressive as claimed- if so, you’ll want to just simply FORGET the notion there.

Does this actual taken video interest anyone?

I wonder what they will be able to do with 6DoF for standalones and how it will look in comparison with PC VR.

Guess we’ll see when they ship the thing. I know the fit and finish of the Oculus GO is impressive, even if the battery life is a bit wanting (About 2.5-3.5 hours of continuous use. I’m seeing 2 hours, 45 minutes playing Republique VR on mine.) Oculus only failing? That walled garden they insist upon. But they do seem to have a few actual, “killer games” and apps in the same. so I don’t feel took at $250 for the comparable Go unit to this unit.