There are plenty of small low cost routers capable of running OpenWrt, including the TP-Link WR703N or Marstek MPR-N9 model which we covered several year ago. GL.inet also made several tiny routers that ended up being supported by OpenWrt, including their GL-USB150 microrouter that looks like a USB flash drive, but is really an Atheros AR9331 router that can be powered by any USB ports. 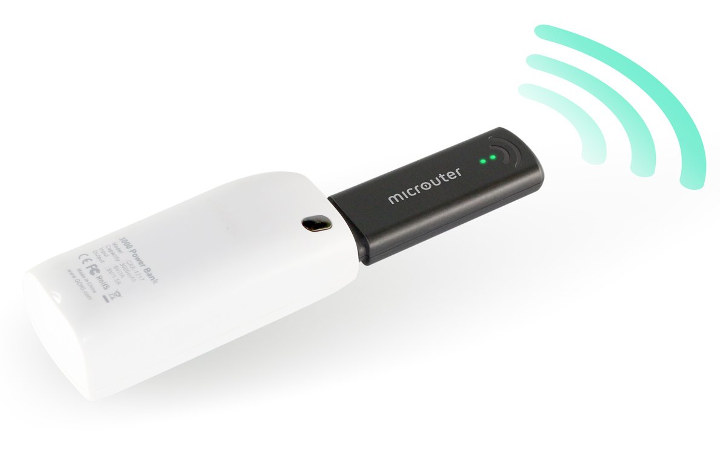 There’s no Ethernet port, no extra USB port to add 3G/4G connectivity, and the microrouter can either be accessed wirelessly when connected to a power bank, or via Ethernet over USB when connected to a computer. GL-USB150 microrouter is mostly sold as an OpenVPN client based on OpenWrt, but another use case is penetration testing, and Mason Jeffers Taylor purchased a sample for this purpose. 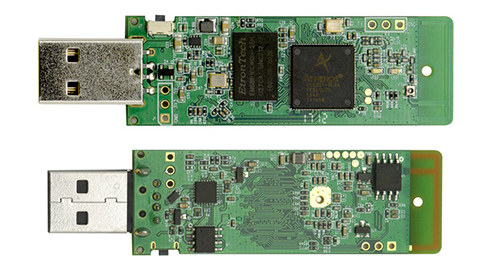 That also means you should be wary if you see an unfamiliar USB flash drive in your office, as it could be used by bad actors, and you may want to check for USB flash drive-like camera / microphone spying devices too while you are at it :).

If the device is potentially interesting to you, it’s available on Amazon for about $22.50, as well as Aliexpress and GL.inet own store for under $30. You’ll find a few more details including the user guide on the product page.

Via Hackaday and Theguyuk

Exactly the thing I was thinking about yesterday for a situation for operating systems with an incomplete (or unreliable) 802.11 stack! Thanks for the link (and no, I’m not going to bring wifi to my firewall running on kernel 2.4 :-)).

Another interesting point is that GL-Inet usually has very open devices. Here you certainly can replace the ethernet emulation with a serial emulation, and provide a remote USB serial port over WiFi, which can be very convenient to temporarily access certain server consoles.

Not an exciting device.

I remember hacking a USB WiFi adapter more than 10 years ago.
You also can find plenty of Atheros based dongles around.
E.g. this one from Olimex: https://www.olimex.com/Products/USB-Modules/MOD-WIFI-AR9271-ANT/
Adding access point functionality should not be difficult either (but I see this as a pretty useless use case).

And if you are into pentesting (or hacking) you’re probably better off with other devices.
E.g the Rubber Ducky or Bash Bunny from hak5.

Disclaimer: I own none of the devices mentioned above.

Things are different. This is USB host, not client. Bash bunny does not have wifi.

True. I’m not aware of a dongle having usb host. And Bunny indeed has no WiFi.

I think you missed the point of this device.

It is not so much that it HAS Linux support, or drivers available, it’s actually RUNNING Linux internally!

Kind of like the DWM222 LTE dongle . . . It takes about 20 seconds or so to enumerate once it is plugged in, because it is actually booting Linux internally, before the USB gadget is configured.

I did a quick google and indeed could not find anything running Linux in this form factor.
The dongle I was referring to in my previous post was based upon the Marvell 88W8618 and was manufactured by Mediabolic (maybe it was just a proto). This was about 10-12 years ago.
It may be I still have the dongle, but a quick search in the old devices box did not reveal it.

This is an awesome device, its not a dongle, it’s a full blown Linux computer!

Seems similar to Kali Linux + Raspberry Pi 3B+. Wouldn’t it be better to have 4 high performance ARM64 cores when cracking passwords?

It would stand out more plugged into a office PC, not covert.

“That also means you should be weary if you see an unfamiliar USB flash drive in your office…” I was indeed weary but did manage to spot the offending USB device and fortunately managed to smash it to smithereens before collapsing exhausted into blissful sleep.

Made a LibreMesh firmware for mine