A few years ago, it was pretty easy to buy ultra-cheap under $20 TV boxes, but with the RAM and flash memory prices increase, companies were unable to provide such good deals.

Prices have now come down to earth, so deals may pop-up from time to time, and one of those is for Rockchip RK3229 based Q96 Smart TV box running Android 9.0 with 1GB RAM and 8GB flash that currently goes for $19.99 on GearBest with coupon GBCNQ9601. [Update: GBCNQ962 coupon can be used for the 2GB version bringing down the price to $25.99] 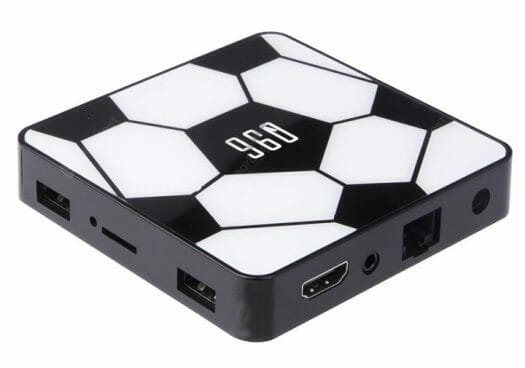 The Android 9.0 TV box ships with a remote control, a HDMI cable, a power adapter, and a user’s manual in English. YouTube and Netflix are supposedly supported, but don’t expect to play video at HD or greater resolutions for the latter. Depending on your use case, 1GB of RAM may be a limiting factor, so this type of box may be better suited for testing, or other simple applications rather streaming online videos. Linux does not appear to be well support on RK3229, and the processor is not part of the Rockchip Linux Wiki.

CNX might deleted this but if you can stretch to $21.38

I have the TX6 4Gb (not mini). Its a good basic budget box but it uses nearly 70 % of that 4gb memory. Even deleting every application I could and optimizing the memory only improved it to 60%. Might be Android 9 I dont know.. I also have a MeeCool BB Pro 3Gb ( Android 6) and it only uses 25% with all my apps loaded. This 2Gb TX6 mini might not have enough memory. Also you cannot replace the ALICE bootloader with one of your own choice and there is no on/off switch so its always on and runs… Read more »

Worth reading this thread

no on/off switch does not necessarily mean it is “always on” (although in this case it might be). It is quite possible to use the remote control to put the box in a standby mode with only a very small part of the box operational (just like happens with a TV).

1GB RAM/ 8GB flash RK3229 STB boxes are going for under $10 wholesale so these prices are reasonable.