A little while ago, we started to see Rockchip RK3318 TV boxes that appeared to have the same specifications as Rockchip RK3328 based devices. We later learned RK3318 was a cost-down version of RK3328 but failed to get any details about the lower-cost as we were informed Rockchip did not really want to advertise the cheaper model.

It appears Allwinner may have done something similar with Allwinner H6 processor, as we’ve started to see an Allwinner H603 processor shows up in X96H TV box on Aliexpress and GearBest with price starting at around $26.99 shipped in 2GB RAM + 16GB storage configuration, and going up to $40.99 with 4GB RAM, 64GB flash, and dual-band WiFi & Bluetooth connectivity. 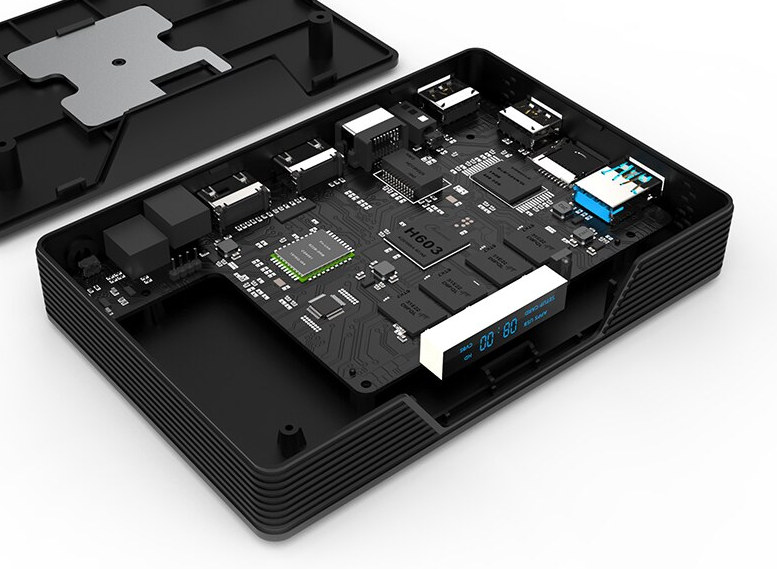 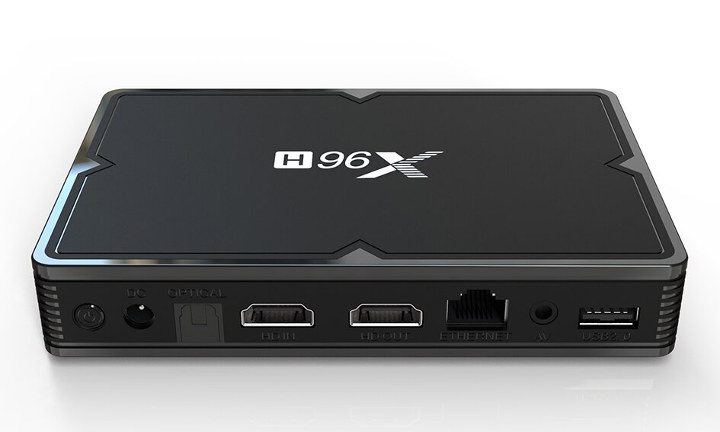 The TV box runs Android 9.0, and ships with a basic remote control, a power adapter, an HDMI cable, and a user manual by default. H96X TV box also supports voice remote controls, and G20 voice remote control is an option on Aliexpress. One the cost-savings is reducing the frequeny to 1.5 GHz (instead of 1.8 GHz for H6), and I suspect another one may be the lack of Gigabit Ethernet support, but we’ll have to wait to find out.

Thanks to Gerwin for the tip, and additional info from AndroidPC.es

Also, it will probably don’t have PCI interface

As it has HDMI input would it be possible to use this as a HDMI recorder (is there an app for this?)
Otherwise what would be the use of the HDMI input?

That’s what it supposed to do. I just got one but can’t find any app to work on HDMI-in port yet.

So it’s actually an upgrade. Based on those numbers frequency should actually be “1.8 GHz”.

The usual tools on Android that pretend to inform about clockspeeds do not report clockspeeds but cpufreq OPP instead.

@tkaiser im very impressed what you are doing for the Armbian Community.

Is there a way to install armbian on the X96H?

From tl-lim on #linux-sunxi:
“H603 is just cheaper version of H6, and I don’t thinks it has RGMII output for GbE and CPU runs slower.”

Looks like this board was spec’ed with a 100Mb/s ethernet not GigE, so that might just be right–they usually are.

Yes, that is what I also think is most likely. And seconded on TL Lim being authoritative.

The H6 is built and rated for 1.8 Ghz operation and 64bit architecture, but in all the budget Android tv boxes it has been release in over the last 2 years the programmers are building the android kernel in a armv8l architecture which is arm 64bit chip made to run in 32bit mode and with it’s CPU set to run at 1.5 Ghz not the advertised 1.8 Ghz that it is capable of, my guess is that is all due to the heat issues + CPU throttling and no budget is allocated from these cheap manufacturers to pay programmers to debug the Android SDK for the H6, so it’s performance with Android could be better.

Like the one commenter stated only in development boards running a Linux distro like Debian is the H6-CPU actually achieving 1.8 Ghz. Don’t hold your breath that this new chip will come out the box running at 1.8 Ghz. I suspect the only difference in the H603 is so it can’t run different hardware configurations like this extra HDMI-input or in the future with extras like Digital Tuner peripherals.

H6 dont support 4GB because of 32 bit MMCU. I think this has it. And support 64BIT 4GB RAM

My TX6 reported less than 50% memory available right out of the box.

This could be a rerun of the old Rockchip customer scandal.
Way back in 3066 days Rockchip released their next new chip but there was two versions, one slower than the first. Box makers sold TV boxes as the faster chip but used the slower chip.
That and Rockchip GPU glitch which came after, killed Rockchips TV box sales at that time.

Was it RK3188 vs RK3188T instead? I can’t remember anything specific about RK3066.
The problem is that they advertized RK3188T boxes as RK3188 TV without saying they were slower. As long as they just don’t replace H6 with H603 without telling customers that’s OK. Same thing with RK3328 and RK3318.

I’m surprised that Allwinner are still in the TV box game as Amlogic and Rockchip have had things to themselves for a while now.

Allwinner seem even less engaged than the others with regards to the open source community and until they get this the their boxes will be largely ignored.