We already have plenty of Allwinner single board computers thanks to companies such as Shenzhen Xunlong Software with their Orange Pi boards, FriendlyELEC NanoPi boards, and Libre Computer Tritium SBCs.  Those boards are fine for hobbyist’s project but may fall short when integrated into  consumer products, although some products have already been launched with those board such as RetroEngine Sigma retro game console (Orange Pi), or Firewalla firewall appliance (NanoPi neo)

ActPower Taiwan Ltd’s Project-X is a little different as it relies on Pico-ITX form factor targetting mass production of low volume manufacturing. Their first Project-X A1-series focus exclusively on Allwinner H-Series (H2+, H3, and H5) processor, but if the concept takes off they may launch boards equipped with processors from other silicon vendors. 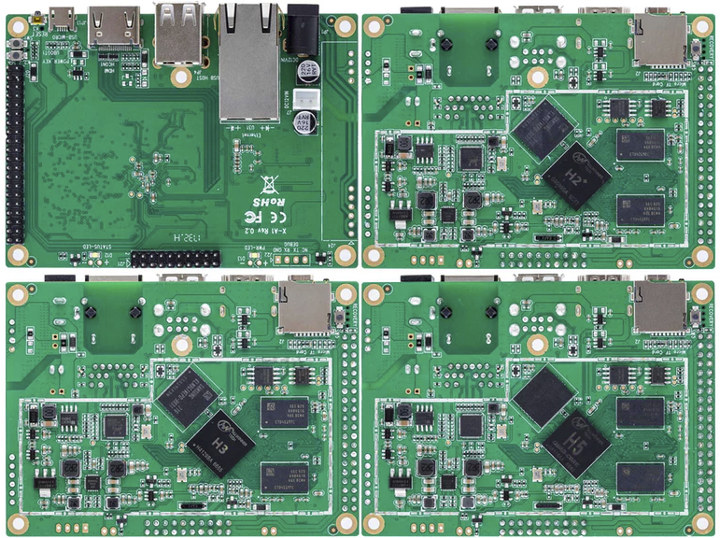 There are currently three Project-X A1 boards with the following key features and specifications:

The boards are also compatible with Raspberry PI HAT add-on boards via an adapter, which will be included for free with the board.

In case you wonder why making an adapter instead of making the header compatible with Raspberry Pi. I did ask too, and the answer is fair enough, as Raspberry Pi compatibility was not the main goal, so the 40-pin header on the board exposes USB and 12V for other purposes.

The company is also working on additional “mezzanines” which happens to also be the name of add-on boards for 96boards platforms that will add more USB ports, DB9 serial interfaces, support for wireless modules, and power terminal blocks.

Being an Allwinner board, Project-X is said to be compatible with many different Linux distributions, as well as Android. The company will provide basic OS images, as well as standard drivers and development tools. The boards will ship preloaded with Ubuntu 18.04. Some more information will be available on the official website in due time, but right now the site is very much work-in-progress. 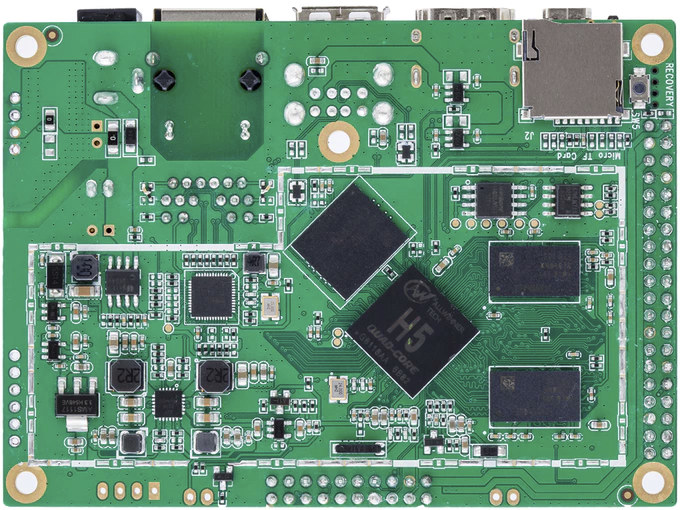 ActPower decided to launch the project on Kickstarter with a 7750 NZD ($4,824 US) funding target. I suppose most people reading this blog are not familiar with the New Zeland dollars exchange rate, so I’ll only mention US dollars prices going forward. All rewards include one of the single board computers, the Raspberry Pi mechanical adapter,  an international 12V2A power adapter, and a thermal pad and a heatsink/stand. Rewards start at $44 for Project-X A1 H2+ board, $48 for the H3 board, and $63 for the H5 SBC. The 14W PoE adapter is only available via an X-Project A1 H5 bundle going for $76. Shipping adds about $10, and backers should expect their rewards around November 2019.

It’s not cheap for boards made with such SoCs but sounds reasonable considering the standard form factor, overall good connectivity, 12V supply, good thermal design, and the ability to adjust performance with 3 models. They could have jumped to H6 instead of H5 though (unless it’s plagued by issues that I’m not aware of).

Looks like they’re re-using the same PCB for all variants, which might not be possible with H6.

That’s what I’ve been wondering as well, and if so it obviously makes sense.

The H6 is not pin-to-pin compatible with the previous Hx chips from AllWinner.

The adapter board for Pi hat Compatability is a bit of a head scratcher, a compatible header could easily have been made, adding a 3rd row or something similar of they wanted to break out additional pins…

That said, I don’t know that I would roll a typical Pi Hat into an industrial setting without validation, so I’d probably be making my own board anyway. These look interesting.