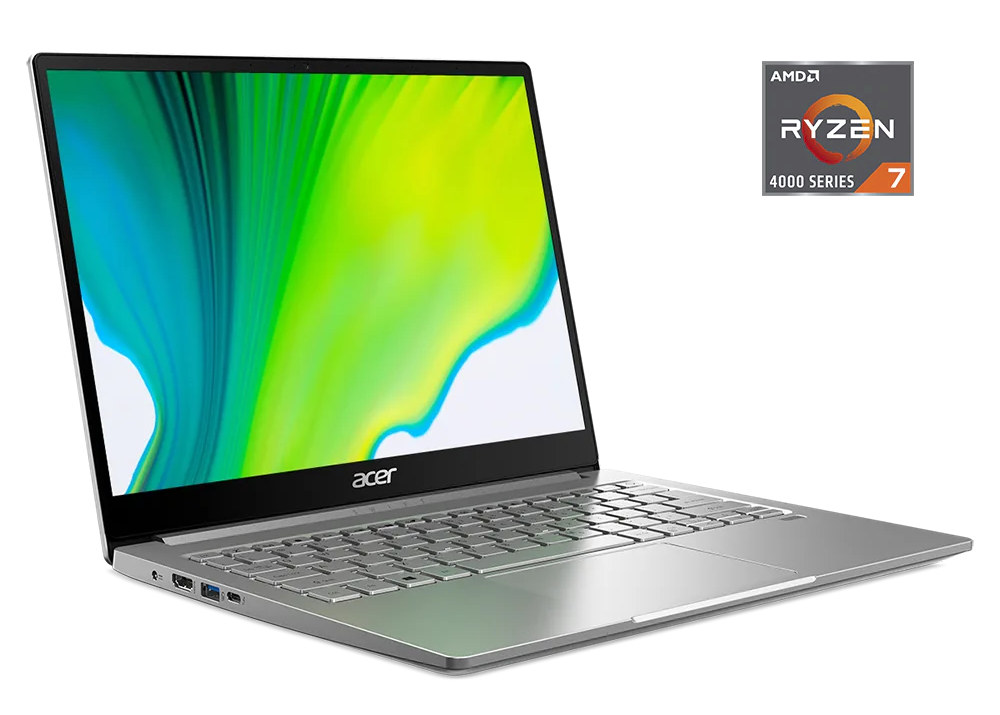 AMD just announced its 15W Ryzen 4000-U series processors for laptops aiming to compete against Intel Ice Lake processors, and one of the first ultrathin laptop based on AMD Ryzen 4700U processor will be Acer Swift 3 (SF314-42) equipped with a 14″ display, up to 16GB LPDDR4x memory, and up to 512GB PCIe SSD storage.

The AMD Ryzen 4700U laptop will ship with Windows 10 with support for Windows Hello and Cortana. 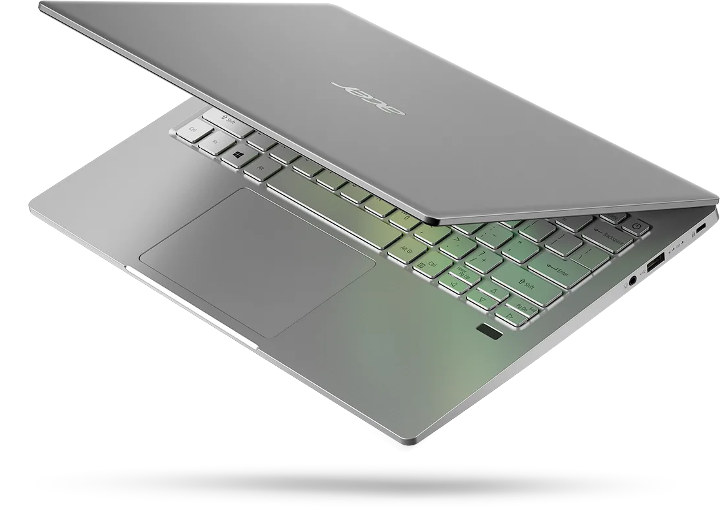 Acer Swift 3 (SF314-42) will start selling in March for 599 Euros in EMEA, and 4,499 RMB in China, while North American consumers will have to wait until May, and price starting at USD 599. It should also be noted Acer launched a similar laptop with a 13.5″ display and (up to) an Intel Core i7-1065G7 “Ice Lake” processor for $699. It’s very likely the starting prices are for entry-level versions of AMD Ryzen 4000U processors and Intel “Ice Lake” processors, but Acer did not specify in their press release.

Lets hope AMD start getting design wins with Chuwi and Teclast and all the high-value Chinese manufacturers so we can finally see relatively cheap laptops with decent performance and not rely on Intel’s gemini lake and its successors.

I think those Ryzen 4000U processors won’t be cheap like Gemini Lake. The Athlon 3000-series may be closer to Gemini Lake, but against they are supposed to compete against Whiskey Lake processor, so we’ll have to see.

Did you happen to notice that the Lenovo IdeaPad Slim 7 specs are mysteriously missing anything about storage? That’s because they are going to cripple these machines by soldering down the much hated non-user upgradeable 64GB eMMC chips. Yeah, slow and unreliable removable storage is NO substitute for the likes of a cheap user accessible M.2 slot. But don’t expect to see that $5 M.2 slot without the Marketing Goons jacking the price of the up beyond the $800 range.

Wow, really starting to see see some serious power inside laptops and for a good price thanks for AMD!
Personally, i’m interested to see what Thinkpad models that will arive with these new AMD Mobile APUs.

Also these APUs might be interesting to see in other smaller and low power devices.

> Wow, really starting to see see some serious power inside laptops and for a good price thanks for AMD!

Where do you see this combination? Prices start at 600 bucks but all the performant options above are listed as ‘up to’ items. I wouldn’t be too surprised if the 600€ variant is a 4300U with 8 GB RAM and 256GB SSD. And personally I would never ever want to use such a low resolution display again anyway 🙂

Wrong. Thunderbolt 3 and DisplayPort only available on the Intel variant (which also features a better display). On the AMD variant USB-C carries only USB 3.1 Gen1.