MediaTek has just unveiled an upgrade to its Helio P90 processor. MediaTek Helio P95 still features the same APU 2.0 engine for AI accelerator but with a 10% performance improvement based on ETH Zurich benchmark, and the PowerVR GM 9446 GPU clock has been increased as well to deliver a 10% graphics performance boost. The company also claims a “60% shorter GPU rendering-to-display pipeline”, but it’s unclear whether the comparison is against the P90 processor or other “typical” Arm processors. 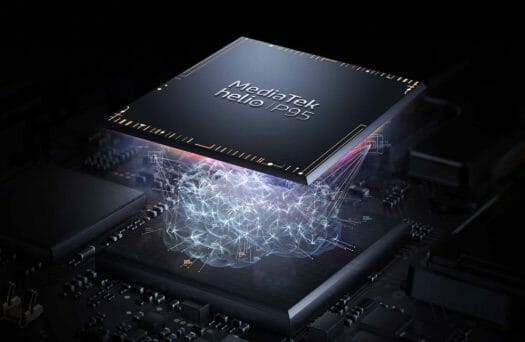 If we ignore the NPU and GPU performance improvements, the specs between Helio P90 and P95 are exactly the same save for higher camera resolution support (64MP vs 64MP). Most people will not even notice the difference between the two.

[Update: One important difference we missed is the including of MediaTek HyperEngine game technology that aims to lower networking and graphics latency, lower power consumption, and improve picture quality . That’s notably what enables a “60% shorter GPU rendering-to-display latency pipeline”]

Improved CPU, better GPU and better storage specs as well. This Mediatek chipset is certainly a powerful one.

that’s not it, it also comes with the hyperengine gaming tehcnology by mediatek which makes it even more efficient for gaming

That’s probably the most important feature while comparing Helio P95 to Helio P90. We’ve added this to the post.

Mark my words: The year 2020 would be dedicated to Mediatek chipsets with the start so good.