We’ve seen a fair amount of AMD Ryzen Embedded boards over the last few months including 3.5″ Ryzen Embedded SBC‘s such as Kontron SBC-VR1000 and IBASE Technology IB918, as well as larger boards such as SAPPHIRE FS-FP5R 5×5 motherboard.

The most compact Ryzen Embedded board we covered so far must have been the upcoming Sapphire NP-FP5 based on Ryzen R1305G processor with a 4″x4″ (10.16 x 10.16 cm) form factor. But DFI GHF51 1.8″ SBC takes the crown of the smallest Ryzen Embedded SBC, with the business card / Raspberry Pi sized board measuring just 84 x 55 mm, and featuring an AMD Ryzen Embedded R1000-series processor combined with up to 8GB RAM. 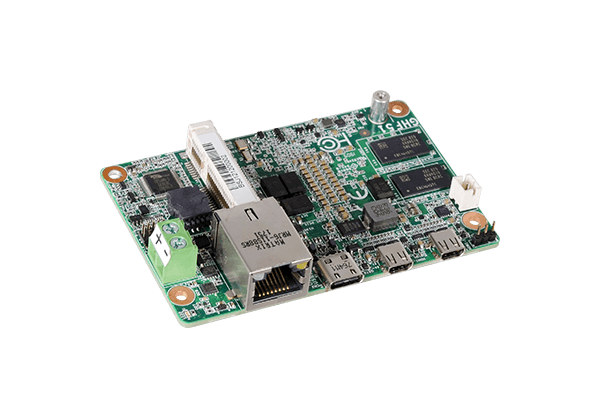 The board supports operating systems booting via UEFI such as Windows 10 IoT Enterprise 64-bit and Linux distributions.

There’s no pricing nor availability information on the product page, but you’ll find a user manual and quick reference for the board that shows the board is cooled with a heat spreader included by default. Having said that, LinuxGizmos reports the SBC should launch in Q3 2020, and the company has another similar new board ( ALF51) based on Atom E3900 processor that sells for $282 with 2GB RAM, 32GB eMMC flash. DFI GHF51 should be in this range, possibly even higher.

Again, an overpriced x86 SBC. Pity we dont have affordable cortex A76 big.LITTLE with good linux support (including VPU, GPU). The closest we get is Odroid N2 and khadas VIM with Amlogic S922x/A311D that still has abysmal support for GPU

It should also clean the house, make me dinner, come with a fully serviced maintenance free pony for my daughter…

The AI known as Jerry got you?

Kinda wish these super compact SBCs supported compact enclosures. It would be nice to put in a slim case, but I’d have to add a couple cm. for cooling and then we have a super chunky ethernet connector for a device that could instead benefit much more from running on wifi.