96Boards,  Arrow Electronics, STMicro, and Shiratech have joined hands to organize a giveaway event with up to 500 Avenger96 or Stinger96 boards going to lucky winners.

I’ve already covered STM32MP1 powered Avenger96 SBC compliant with 96boards CE Extended specification, but I’ve never heard about Stinger96 board, so before going into the giveaway rules, let’s have a closer look at this new 96Boards board designed by Israel based Shiratech. 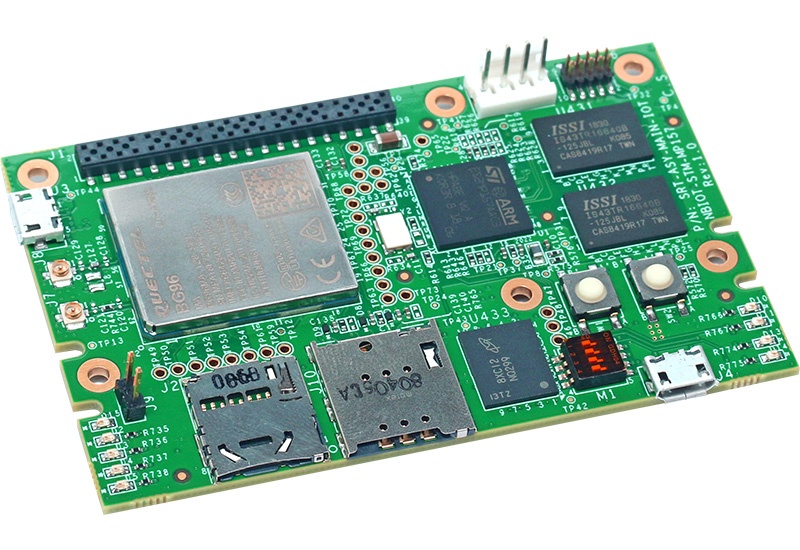 The board runs Linux. You’ll find a few more details and Linux SD card image on the product page on Shiratech website.

That means what while both Avenger96 and Stinger96 are based on STM32MP1 Cortex-A7 processors, they target completely two different markets. The first is geared towards the development of general embedded applications, which you can then integrate into your own hardware with Arrow STM32MP1 SoM, while the second targets Cellular LTE IoT applications specifically. 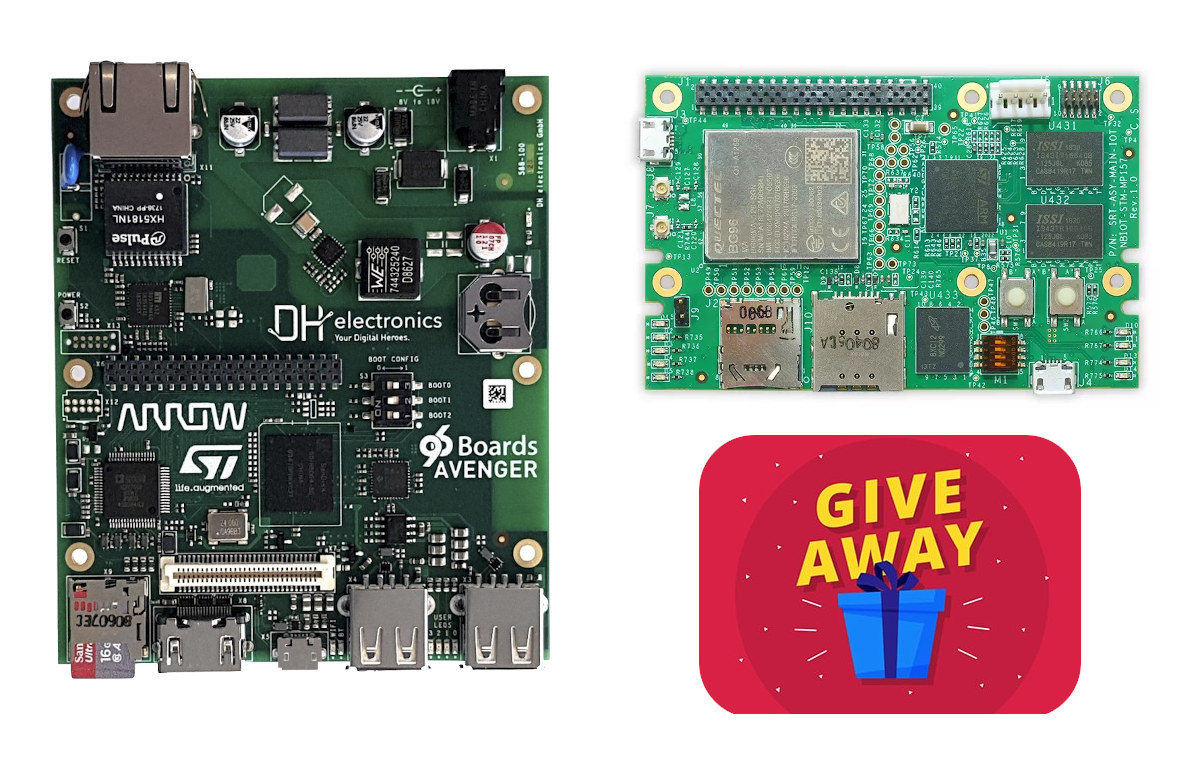 Interested? You can get open of those boards together with a Mezzanine expansion board, by entering the giveaway.

You’ll also need to provide your name, email, company (optional), and project details before applying for a free board. Then wait. The giveaway is subject to availability, and a maximum of 500 boards. There aren’t any detailed terms and conditions for this giveaway, so I assume it’s open globally, and as long as you have a good project you should receive your requested SBC in due time.