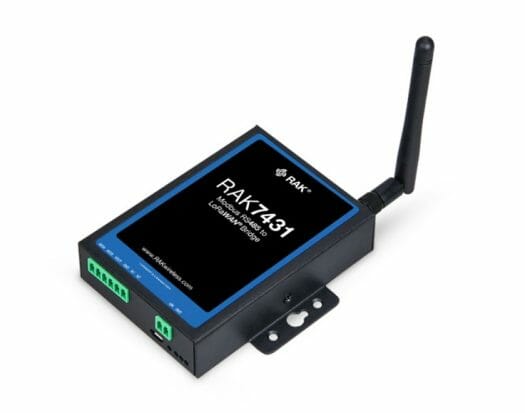 The company offers three mounting options with wall, DIN rail, and magnetic mounting, and the device ships with a high-gain antenna.

In a typical setup, several RAK7431 converters would be connected to RS485 sensors over wires, and communicate wirelessly with an LPWAN gateway such as RAK7249 macro outdoor gateway which sends/receives data to/from the cloud over MQTT, and everything would be managed from a cloud management platform such as RAK WisDM.

You’ll find documentation on Rakwireless website, and RAK7431 can be purchased on the company’s online store for $65 plus shipping.