Announced in 2017, the first Qualcomm 5G modem – named Snapdragon X50 – could achieve up to 5 Gbps downloads, it was following by Snapdragon X55 with peak download speeds of 7 Gbps, and Snapdragon X60 upped that to 7.5 Gbps in 2020.

The company has now unveiled its fourth-generation 5G modem with Snapdragon X65 promising up to 10 Gigabit per second peak download speed. The new modem is also said to be the first to feature a 3GPP Release 16 modem-to-antenna solution and may be used in mobile broadband, fixed wireless, industrial IoT, and 5G private network applications. 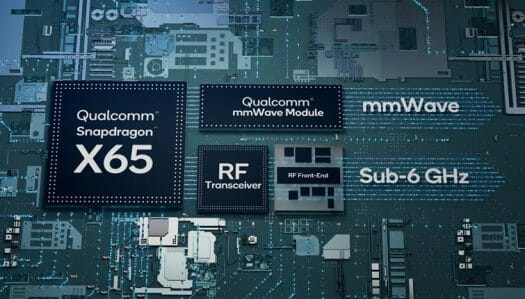 The modem has also been engineered with an upgradable architecture to enable enhancements, expandability, and customization via software updates. This will for example ease the rollout of new 3GPP Release 16 features that may be used in compute, industrial IoT, and fixed wireless access. 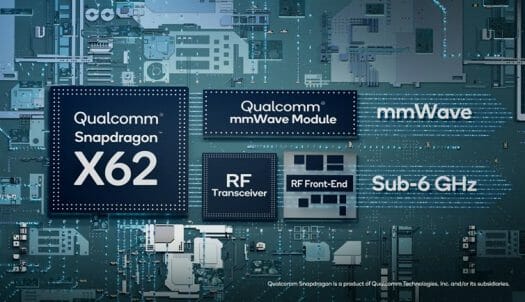 Qualcomm says it is currently sampling Snapdragon X65 5G modem to OEMs and commercial devices are expected to launch later in 2021. The new 10 Gigabit 5G modem will be used in premium devices, but the company also announced the Snapdragon X62 5G Modem-RF System, still a complete modem-to-antenna solution, designed for the mainstream market with a peak download speed of 4.4 Gbps. More information about Snapdragon X65 may be found on the product page and announcement.