Lichee Pi 4A is a single board computer (SBC) powered by Alibaba T-Head TH1520 quad-core RISC-V Xuantie C910  processor @ 1.8 GHz with an Imagination GPU and a 4 TOPS NPU for AI that can compete against the Raspberry Pi 4 in terms of performance and features.

We previously mentioned the Lichee Pi 4A (LPi4A) in our article about the Sipeed LM4A RISC-V system-on-module, but at the time we only had some benchmarks for the board and no photos and specifications about the SBC. Sipeed has now released photos and more detailed specifications and is taking “pre-orders”. So let’s have a look. 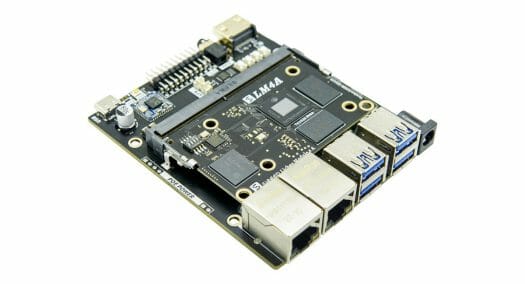 Lichee Pi 4A specifications against the ones for Raspberry Pi 4.

The TH1520 used to be advertised at up to 2.5 GHz, but it seems to have now come down to 1.8 GHz. Software support will include Debian, OpenWrt, and Android in Q1 2023, and more operating systems should be supported as time passes by. Here are again some benchmarks that were shared in the initial announcement about the LM4A module.

Whether the Lichee Pi 4A or Raspberry Pi 4A is faster will depend on a given application since the platforms are close in the imperfect Dhrystone and CoreMarks benchmarks. RISC-V performance is also likely to improve as the software ecosystem gets more mature. The Imagination BXM-4-64 GPU should be faster than the VideoCore VI based on the GFLOPS numbers provided in the specifications.

The company had already showcased a 7-module cluster board based on LM4A at the time of the first announcement, but they will also release the Lichee Router 4A based on the Lichee Pi 4A SBC, a 6-inch Lichee Phone 4A and a 10.1-inch Lichee Pad 4A all fitted with the LM4A module. 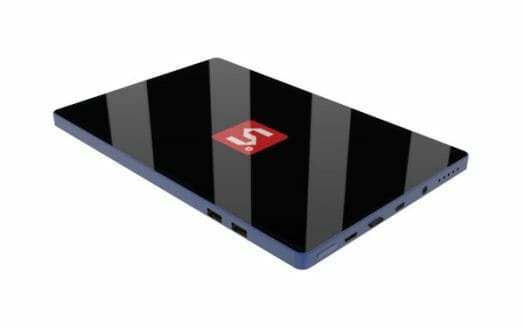 There’s no official pricing on the product page, but your can pre-order any of the items mentioned in this post by purchasing one or more $10 coupons that will provide a $20 discount once the products launch in Q1 2023. We do get some pricing guidelines on Twitter, as Sipeed says the Lichee Pi 4A 8GB RAM will go for about $99, and the 16GB RAM model for around $140.

Thanks to Jim and Mark for the tip.

I’ll wait for it to be available for real, and if not too expensive by then (and if specs don’t significantly drop like the first visionfive) I’ll try to get one to port code to this architecture. Even if not very fast, I’m mostly interested in multi-core for atomic ops, and GbE networking for my tests, so this one looks like a pretty good option.

Sad thing about C910 is that it only implements vector extensions 0.7.1 and gcc and clang went for 1.0.0. Basically that would mean that all vector code would need to be written in assembly and will be hard to transfer to release version of vector extensions or vendor’s compiler must be used (t-head had a compiler that had some quirks around that – they made a intrinsics library that mimics upstream gcc version for 1.0.0, but under the hood used their implementation, at least as far as I can tell by google translating changelogs for their compiler).

Good to know, thanks for the hint. No big deal for me. I’d really like to test nolibc live instead of under qemu, and make sure haproxy’s atomics work fine on 4 threads under load. Any new platform with its own memory model is nice to detect consistency bugs in code.

Will schematics be available for module and motherboard?

Of course, but sourcing that chip may be impossible.

Will the cnx software site be allowed one to test, assuming Jean- Luc has time to spare?

I’ll be testing the VisionFive 2 first, I should receive it in the next few weeks. We still have time for the Lichee Pi 4A.

i’d be more interested in a comparison to the visionfive 2 (JH7110 with 4xU74). According to their benchmarks, the C910 is supposedly twice as fast as the U74. With double the IPC for the C910. Seems a bit too good to be true… even Alibaba only advertises a 40% uplift over the U74…

The numbers for the JH7110 may not be accurate/updated in the chart provided by Sipeed. This was shortly discussed @ https://www.cnx-software.com/2022/12/14/sipeed-lm4a-t-head-th1520-risc-v-module-to-power-raspberry-pi-4-competitor-and-cluster-board/#comment-603940

C910 vs u74 gives somewhat similar performances differences like cortex a73 vs cortex a55, per clock.
I have rvb-ice board with dual core c910 and I have jh7100 based board, though later one have some design issues that cripples it, but basic benchmarks shows about that level of differences

So will it have backdoors for CCP to get in ?

Isn’t there an ARM or RISC-V platform in 2023 with mainline support including GPU that could compete with let’s say Intel pentium ?

Imagination are working on an open source Vulkan driver.
https://www.phoronix.com/news/Open-Source-PowerVR-Vulkan

Please vote if you prefer this one or VisionFive 2