The Raspberry Pi Pico W board was launched with a WiFi 4 and Bluetooth 5.2 LE module based on the Infineon CYW43439 wireless chip in June 2022, and I wrote a tutorial showing how to connect to WiFi a few days after the launch, but nothing about Bluetooth LE.

That’s because while the Raspberry Pi Pico W hardware supports Bluetooth LE, we were told that Bluetooth was not enabled at the time, but might be at a later stage. The good news comes from Alasdair Allan, who is responsible for the Raspberry Pi documentation, saying Bluetooth LE support is scheduled for the upcoming 1.5.0 release of the Pico C SDK. 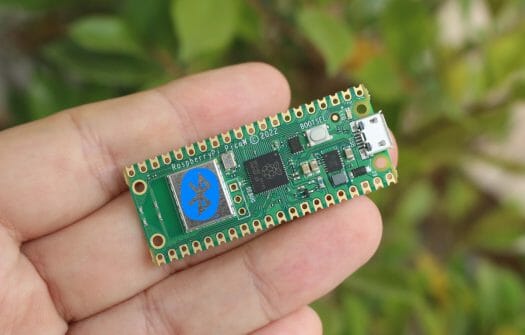 There’s currently an open ticket on GitHub for Bluetooth support added to the 1.5.0 milestone. At the time of writing, there are 14 open issues for the 1.5.0 milestone with no due date, but Alistair expects to see support publically released this month.

Note that Bluetooth has been supported on other Raspberry Pi RP2040 boards for a while, for example, Arduino provides documentation to connect two Nano RP2040 Connect boards over BLE using an Arduino sketch. That was possible because the ESP32-based Nina W102 uBlox module found in the board was already supported in the Arduino IDE, while the Infineon CYW43439 requires some more work to be added to the Pico C SDK.

Why exactly the Bluetooth was not enabled by default on the Raspberry Pi Pico since the beginning then?

They had to write the code for it and also licensed the Bluetooth stack from a third party (BTstack).