After unveiling Athlon 3000-series of 15W mobile processors earlier this year, AMD has now announced Chromebook-optimized mobile processors with AMD Ryzen and Athlon 3000 C-Series family. Designed in collaboration with Google, the new AMD mobile “Zen” processors deliver up to 178% faster web browsing and 212% better performance for multitasking and content creation compare to the previous generation AMD A6-9220C powered Chromebooks. There are currently five 15W Ryzen/Athlon 3000 C-Series processors for Chromebooks. All processors are manufactured with a 12nm CMOS processor and look to be based on existing AMD U-series processors namely AMD Ryzen 7 3700U, 5 3500U, Ryzen 3 3250U, Athlon Gold 3150U, and Athlon Silver 3050U. All basic parameters are the same on AMD Chromebook-optimized processors, and it’s unclear to me what the differences are exactly. AMD also reported other performance metrics around with AMD Ryzen 7 3700C Mobile Processor offering up to 251% better graphics performance, up to 104% faster office productivity performance, and up to […] 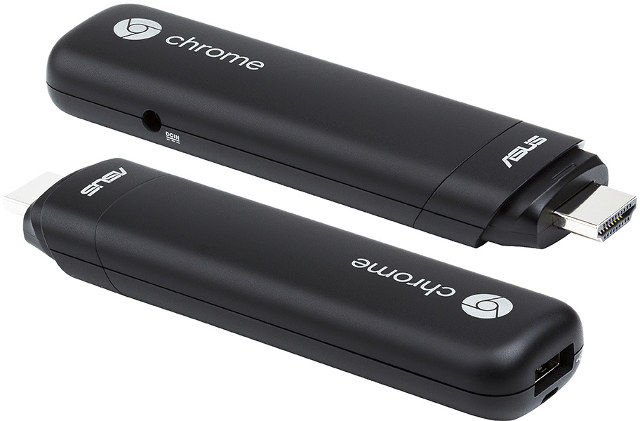 Most ChromeOS devices are designed for either the consumer or educational markets, but Google’s operating system can also be used for commercial applications such as digital signage. A cheap way to set up a ChromeOS based digital is to get a ChromeBit (around $100 used) and install one of the Digital Signage apps for the OS. But as I checked out Linux 5.4 changelog, I came across AOPEN Chromebox Mini (codename Fievel) powered by a Rockchip RK3288 processor and described as an “enterprise-ready” Chromebox for 24/7 operation as digital signage or kiosk. AOPEN Chromebox Mini specifications: SoC – Rockchip RK3288C quad-core Cortex-A17 processor @ up to 1.8GHz with Arm Mali-T764MP GPU clocked at up to 600 MHz System Memory – Dual-channel 4GB LPDDR3 Storage – 16GB eMMC 5.0 flash Video Output – HDMI up to 1080p60 Audio – 1x combo jack with Line out/Line in Connectivity – Gigabit Ethernet, WiFi 802.11 b/g/n/ac + BT4.0 USB – 3x USB 2.0 ports […] 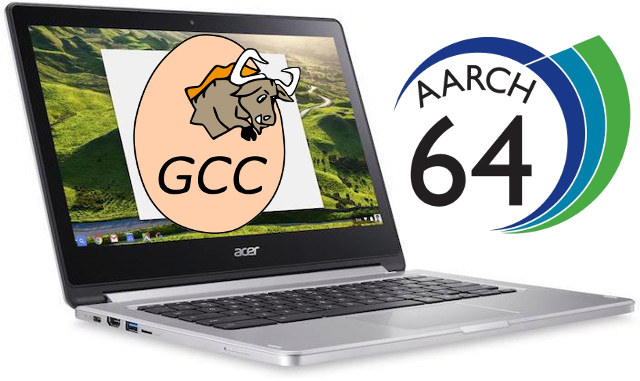 CNXSoft: Guest post by Blu about setting up arm64 toolchain on 64-bit Arm hardware running a 32-bit Arm (Armv7) rootfs. Life is short and industry progress is never fast enough in areas we care about. That’s an observation most of us are familiar with. One would think that by now most aarch64 desktops would be running arm64 environments, with multi-arch support when needed. Alas, as of late 2019, chromeOS on aarch64 is still shipping an aarch64 kernel and an armhf userspace. And despite the fine job by the good folks at chromebrew, an aarch64 chromeOS machine in dev mode ‒ an otherwise excellent road-warrior ride, is stuck with 32-bit armhf. Is that a problem, some may ask? Yes, it is ‒ aarch64 is the objectively better arm ISA outside of MCUs, from gen-purpose code to all kinds of ISA extensions, SIMD in particular. That shows in contemporary compiler support and in the difference in quality of codegen. Particularly with the […] 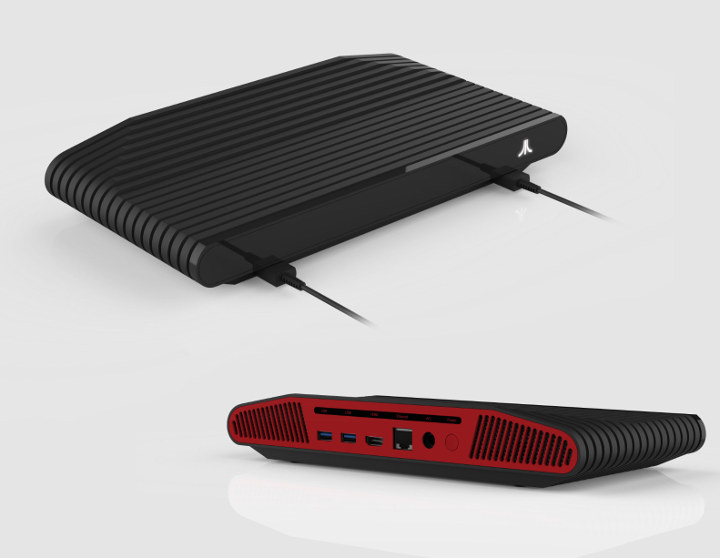 Atari VCS game console had initially been teased with minimal information a few years ago, then delayed, and even when they launched an Indiegogo campaign last year, the specifications were not set in stone, and although we knew the company planned to use an AMD Ryzen processor, the final choice was announced later in April of this year: AMD Ryzen Embedded R1000 processor. Indiegogo backers should get their console in December 2019, but if you’re prudent with your own money, you may have preferred to wait, it’s now possible to get Atari VCS in March 2020 by pre-ordering it now for $249 and up from Walmart, Gamestop, or Atari’s own website. There will be two model with Atari VCS 800 and Atari VCS 400 sharing many of the same (preliminary) specifications except for the RAM capacity: SoC – AMD Ryzen Embedded R1000 dual-core / quad-thread processor with VEGA 3 graphics System Memory VCS 400 – 4GB DDR4 RAM (upgradable) VCS […] 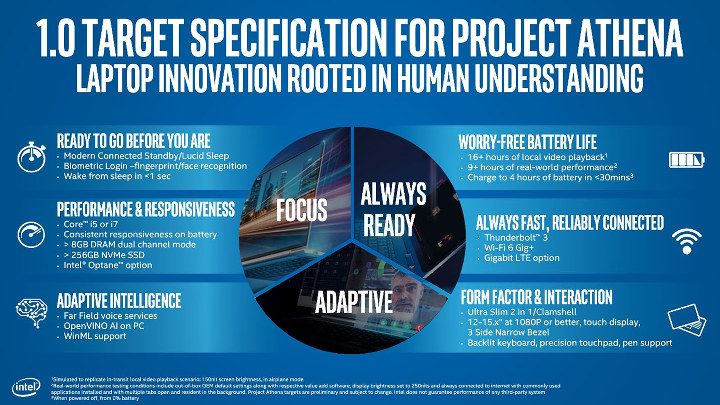 Project Athena innovation program aims to provide a set of guidelines for Windows or Chrome OS always-on always-connected laptop powered by Intel processor. At the time of the first announcement at CES 2019 few details were provided, but Intel has now released Project Athena 1.0 target specification which gives clearer details of what such laptops will have to offer. Intel also introduced new “key experience indicators” (KEI) aligned with real-world conditions in order to provide to best experience to end-users. Project Athena 1.0 target specification defines six key areas of innovation: Instant Action – Modern Connected Standby and Lucid Sleep (feature of Chrome OS) features implement fast wake with a simple lid-lift, push of a button or quick fingerprint recognition. System wake from sleep must occur in less than 1 second Performance and Responsiveness – Systems based on Intel Core i5 or i7 processors with Intel Dynamic Tuning Technology, a minimum of 8GB DRAM dual channel mode and at least […] 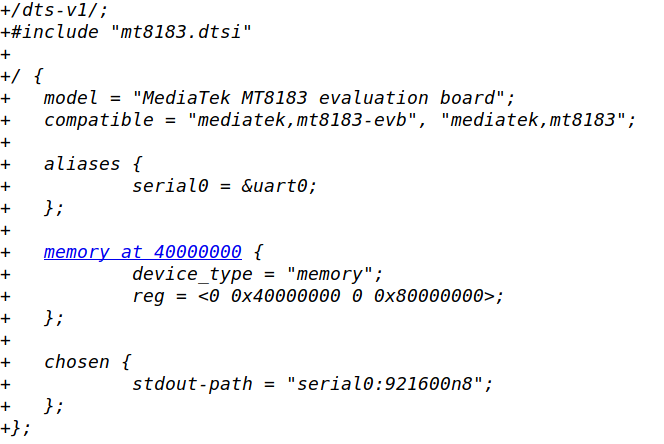 MediaTek processors have been found in a few Chromebooks notably in MediaTek MT8173 powered Acer Chromebook R13, but the quad-core Cortex A72/A53 processor hasn’t made it into many models like the hexa-core Rockchip RK3399 “OP1” processor. However, I’ve been informed there are a few patchsets that have been submitted to mainline Linux and V4L2 mailing lists about MediaTek MT8183 octa-core Cortex A73/A53 processor. The latter adds a Digital Image Processing (DIP) driver on MediaTek MT8183 SoC, “which will be used in camera features on CrOS application” and some code related to MT8183 is found in Chromium OS repository, so those clues should confirm the octa-core processor will end up in Chromebooks, with the current MT8183 reference board being named Kukui. There aren’t any product pages for MT8183 on MediaTek website just yet, but by looking at the source code (e.g. Device tree file), and some clues around the web, we can derive the main features of the processor: CPU – […]