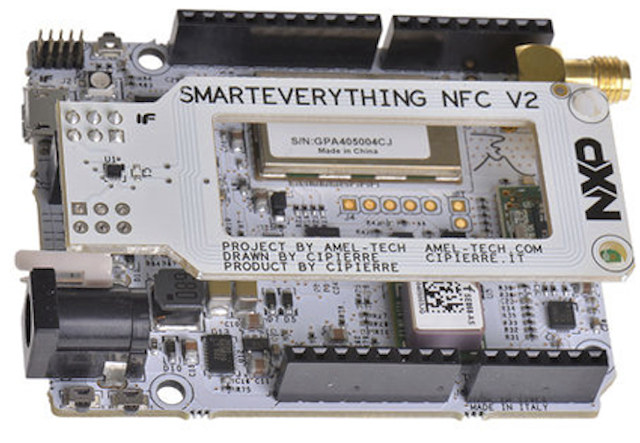 Atmel MCU Madness is an informal competition on Twitter where people vote for their favorite development boards. We are now at the quarter finals, and beside the usual suspects such as Raspberry Pi and ESP8266 boards, I also noticed one board that I had never heard of: AXEL Elettronica’s SmartEverything based on Atmel SAM D21 Cortex M0+ and featuring SigFox, BLE, NFC, and GPS connectivity, as well as various sensors such as humidity and temperature, 9-axis motion sensor, and so on. SmartEverything board specifications: MCU – Atmel SAM D21 ARM Cortex-M0+ MCU @ 48 MHz with 256KB Flash, 32KB SRAM Connectivity SIGFOX via Telit LE51-868 S SIGFOX 868 MHz Wireless Module with 12 months of network access included Bluetooth 4.0 LE via  TDK SESUB-PAN-T2541 module based on Texas Instruments CC2541 NFC via NXP NT3H1101FHK NFC with separate antenna (included) GPS/GNSS via Telit Jupiter SE868-A GPS/GNSS module with integrated antenna. Supports GPS, QZSS, GLONASS and is Galileo ready Sensors 3D accelerometer, […] 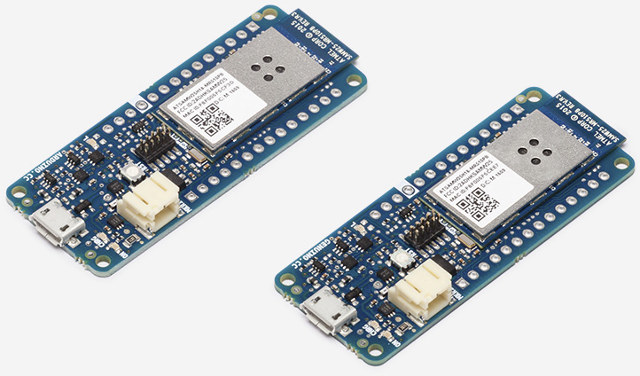 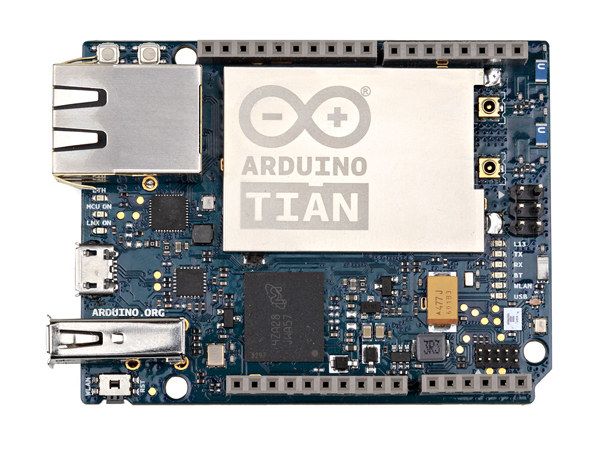 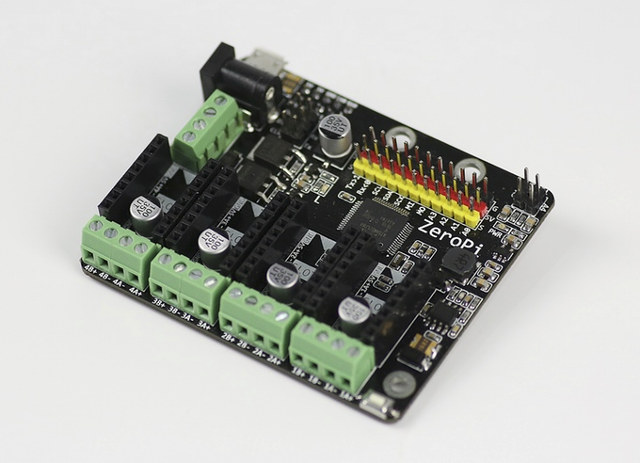 Pi boards keep on coming… As soon as I finished writing about Roseapple Pi board, yet another one popped out on my twitter feed… But that one is of a different kind, as it won’t run Linux, but instead the board is powered by an Atmel SAMD21 Cortex M0+ micro-controller, and can support lots of electric motors including up to 11 micro servos and 8 DC motors – or 4 stepper motors – simultaneously. ZeroPi board specifications: MCU – Atmel SAMD21J18 ARM Cortex M0+ @ 48 MHz with 32 SRAM and 256KB flash I/O pins via 33-pin header, 4-pin temperature sensor, and 10-pin Raspberry Pi header 35 GPIOs 4x 12-bit ADC channels 1x 10-bit DAC 2x UART 2-channel temperature sensor interface DC current per I/O pin- 7mA DC / Stepper Motor control – 4x 4-channel SLOT interface compatible with common parts such as DRV8825 or A4988 Stepper motor driver and TB6612 DC motor driver USB – Micro USB port for […] 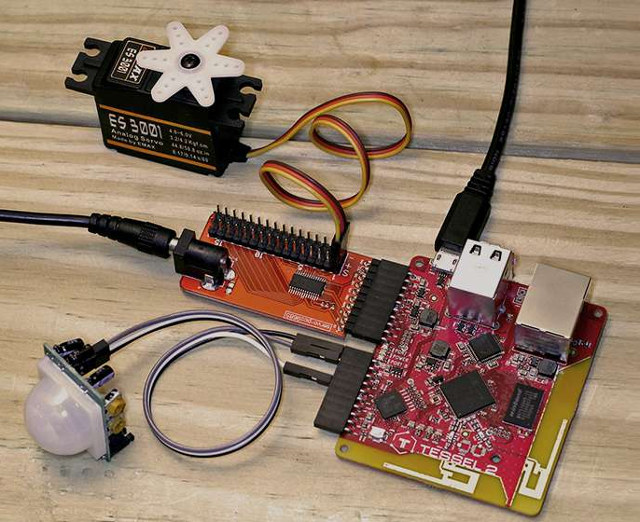 While the newer Raspberry Pi A+, B+ and B2 boards feature the new 40-pin connector, the Raspberry Pi boards Model A and B have a 26-pin expansion header, but both are use to access GPIOs, UART, SPI, I2C and interface with external hardware, and many add-ons boards have been developed for the Raspberry Pi. But what if you’d like to use R-Pi add-ons board on your PC, or instead you are developing your own add-on board, but would like to do so directly on your PC for convenience? DonglePi is the answer. It’s a small USB dongle with Atmel SAMD21 MCU and a 26-pin Raspberry Pi compatible header, that you could use connect to your Android/Linux/Windows PC to play with GPIO, I2C, SPI, Serial, PWM just like on a Raspberry Pi, and using RPi/GPIO or smbus Python libraries for programming. The project is still in development, and so far most interfaces are working except PWM which needs to be worked […] 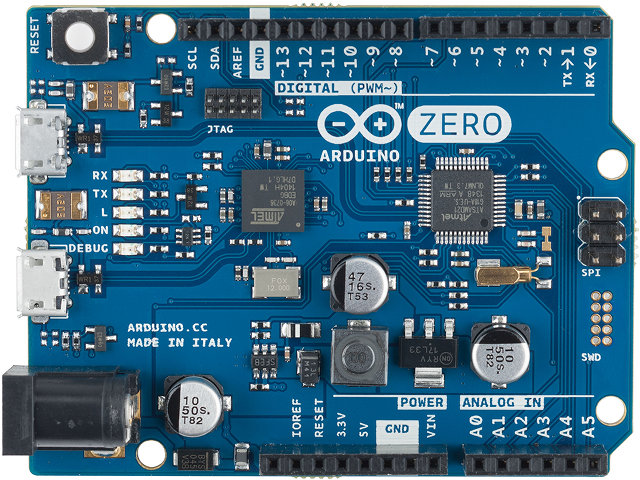