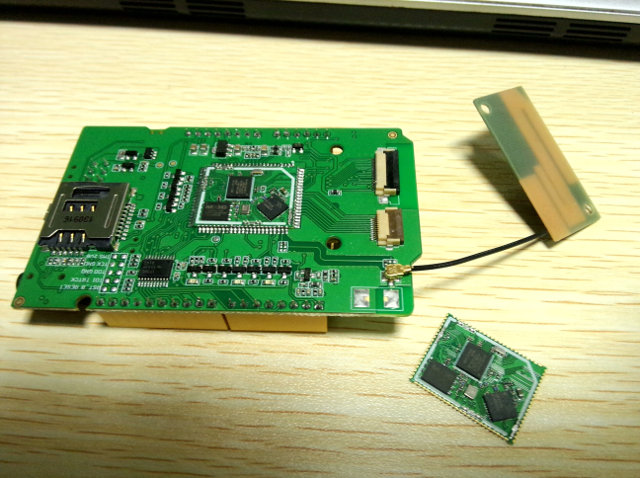 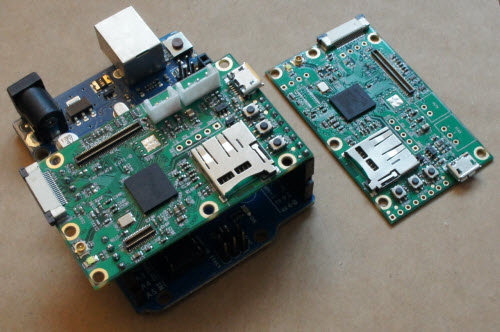 Andrew Huang (Bunnie), an hardware engineer, known for hacking the original XBOX, and more recently for Novena open source laptop, has decided it could be interesting to reverse-engineer Mediatek MT6260 processor, as in China, it’s difficult to get documentation, SDK, and tools if you don’t commit to purchase X chips, where X is a rather large number. He and others also checked whether their work could be open sourced legally, and assert their “fair use” rights to reverse-engineer hardware and firmware. And so Fernvale project was born both as a technical challenge and to make a point. MT6260 is a $3 ARM7EJ-S processor clocked at 364 MHz with 8MB built-in RAM, interfaces such as I2C, SPI, PWM, UART, as well as LCD and touchscheen controller, and audio codec, battery charger, USB,  Bluetooth, and GSM support, which make the $6 Atmel MCU used in Arduino board look expensive. The main differences is that Atmel provides proper documentation to anyone who can […] 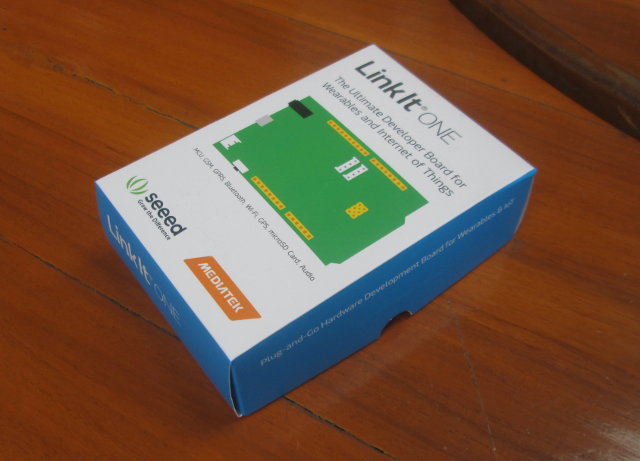 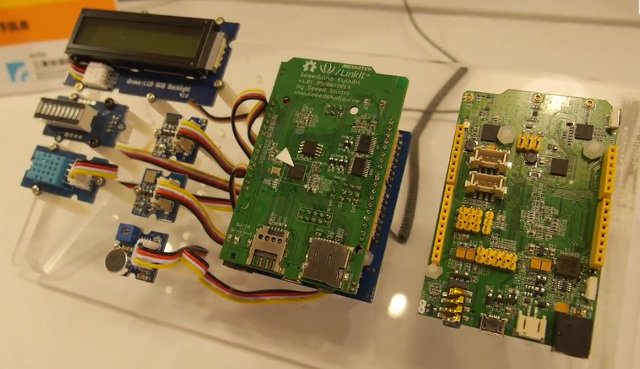 Last month, Mediatek announced their Mediatek MT2502 SoC for wearables, codenamed Aster, as well as the Linkit development platform targeting the developer’s community. But at the time they did show the actual hardware, and thanks to Charbax we know have more interesting details about Aster and Linkit. First they compare a design based on Aster to Samsung Galaxy Fit wearable band, and show why it uses less space, will cost less, and they claim  over twice the battery life. Simple and smaller design (~36% reduction in size) Aster solution – MT2504 (6.2 x 5.4 mm) plus all required resistors, capacitors and inductors require 89.97 mm2 Galaxy Fit – MCU. Bluetooth Transceiver,  external memory, a linear charger, and all required resistors, capacitors and inductors require 140.97 mm2 Battery life – Samsung Galaxy Fit is supposed to last between 1 and 1.5 days on a charge, whereas devices based on Aster should last about 4 days on a charge during regular usage. This is […] 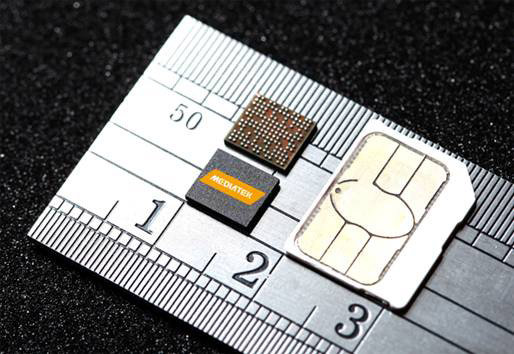 After Ineda Systems Dhanush SoC and SHASTRA Devkit, here’s another Wearable SoC and development kit for today with Mediatek announcement of their LinkIt platform providing both hardware and software to develop wearables and IoT applications using their Aster SoC for wearables. Key features of LinkIt platform listed on Mediatek Labs: MediaTek Aster (MT2502) measures only 5.4 x 6.2mm and is specifically designed for wearable devices Developer platform supported by reference designs that enable creation of various form factors, functionalities and internet connected services Synergies between microprocessor unit and communication modules, facilitating development and saving time in new device creation Modularity in software architecture provides developers with high degree of flexibility Supports over-the-air (OTA) updates for apps, algorithms and drivers Plug-in software development kit (SDK) for Arduino and VisualStudio; planned (Q4 2014) support for Eclipse Hardware Development Kit (HDK) based on LinkIt board by third party No details have been provided for Aster, but we do know it is a single chip […]