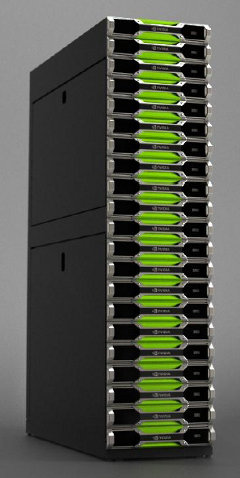 CES 2013 has finally started, and Nvidia has had a pretty amazing keynote with some PC gaming announcements such as “GeForce Experience” which is a piece a software that can configure your games settings automatically based on your PC hardware (e.g. processor and GPU), and 3 cloud and mobile devices announcements: Nvidia GRID Platform – Cloud Gaming Server with 240 Nvidia GPUs. Nvidia Tegra 4 – Nvidia 4 cores Cortex A15 , 72 GPU and SDR modem SoC for tablets and smartphones. Nvidia Project Shield – Game console with a 5″ display powered by Tegra 4 that can also act as a game controller, and play PC games on your TV. Nvidia GRID Platform NVIDIA GRID Cloud Gaming Platform is comprised of 20 GRID server per rack with a total of 240 Nvidia GPU capable of 200 TFLOPS or the equivalent of 700 Xbox 360. Nvidia GRID render 3D graphics in the cloud in order to allow virtually any device […] 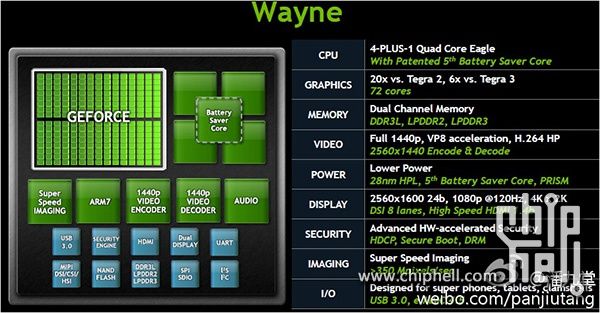 According to Nvidia Tegra roadmap, the first Tegra 4 (T40) is due in Q1 2013, before T43 & AP40 come out in Q3 2013. Information is still sparse, but somebody posted a leaked slide on Chip Hell which gives a few more details about the upcoming Tegra 4 processors. So this is what we currently know about the Tegra T40 processor: CPU – 4x Cortex A15 (Eagle) cores @ 1.8 GHz + a battery saving core (aka companion core). GPU – Geforce GPU with 72 cores providing 20x Tegra 2 performance and 6x Tegra 3’s. Memory – Support for DDR3L, LPDDR2 and LPDDR3 Video – 1440p video encoding and decoding with VP8 and H.264 High Profile hardware acceleration Display –  2560×1600 24-bit, 1080p @ 120Hz, 4K displays via DSI and HDMI interfaces. Power – Lower power than previous generations thanks to 28nm HPL process (low power with high-k metal gates). Tegra 4 will also feature a 5th core and PRISM (Pixel […] 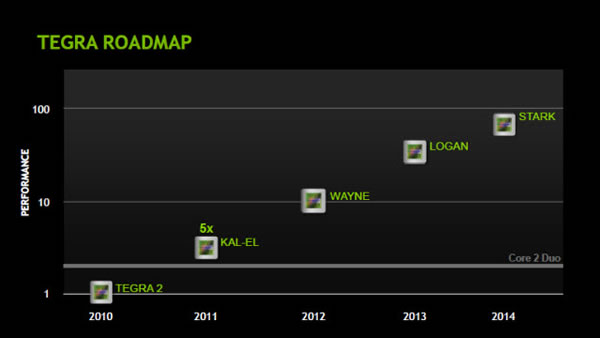