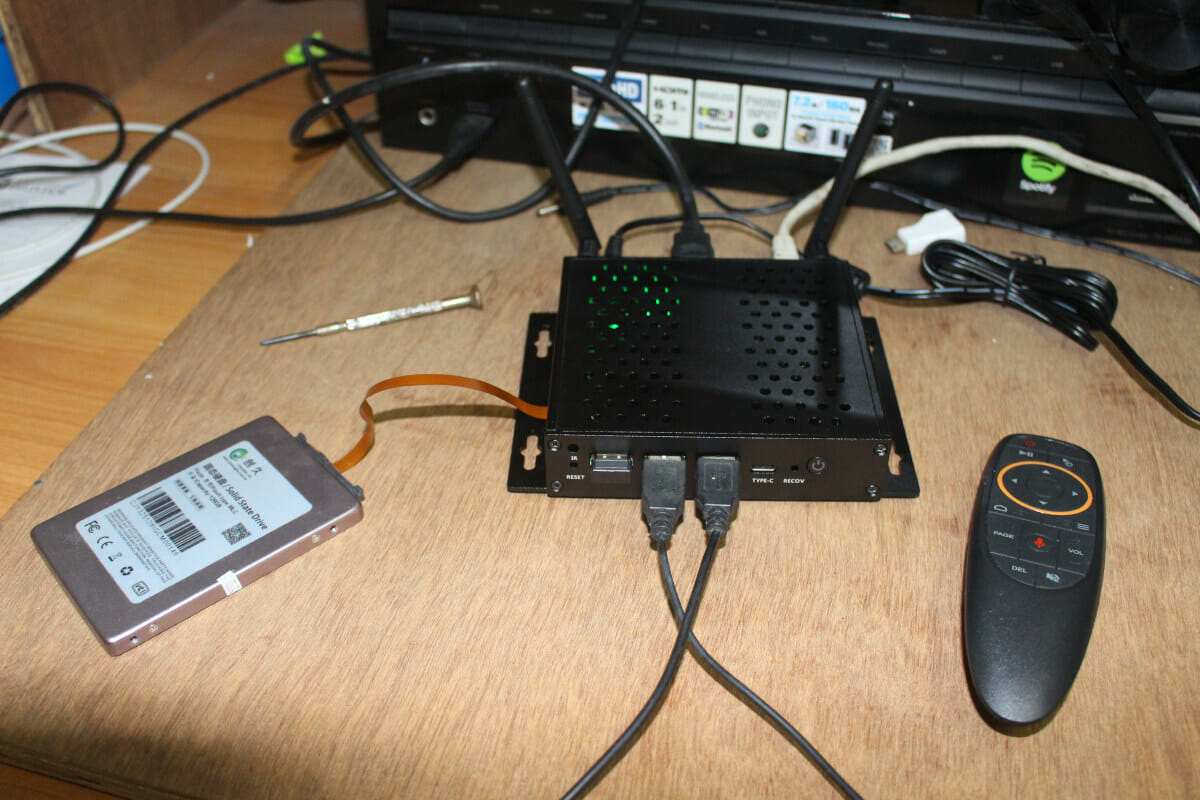 I’ve written the first part of Mekotronics R58 review last month with an unboxing, teardown, and first boot with 3D graphics benchmarks. I’ve now had more time to play with Android 12 on the Rockchp RK3588 mini PC, so I’ll report my experience with the device. User interface and settings As already mentioned, the box ships with Android 12 for TV and the stock launcher. The Google Play store is working, and I had no troubles installing all apps I needed for the review. Most of the settings are pretty much standard. While the first time, I used Ethernet, and also tried WiFi 6 connecting the R58 to Xiaomi Mi AX6000 router. It worked but not without some effort, as initially, all I got were messages like “Couldn’t find SSID” both with 2.4GHz and 5GHz SSIDs. It turned out I had to disconnect the Ethernet to make WiFi work, and […] 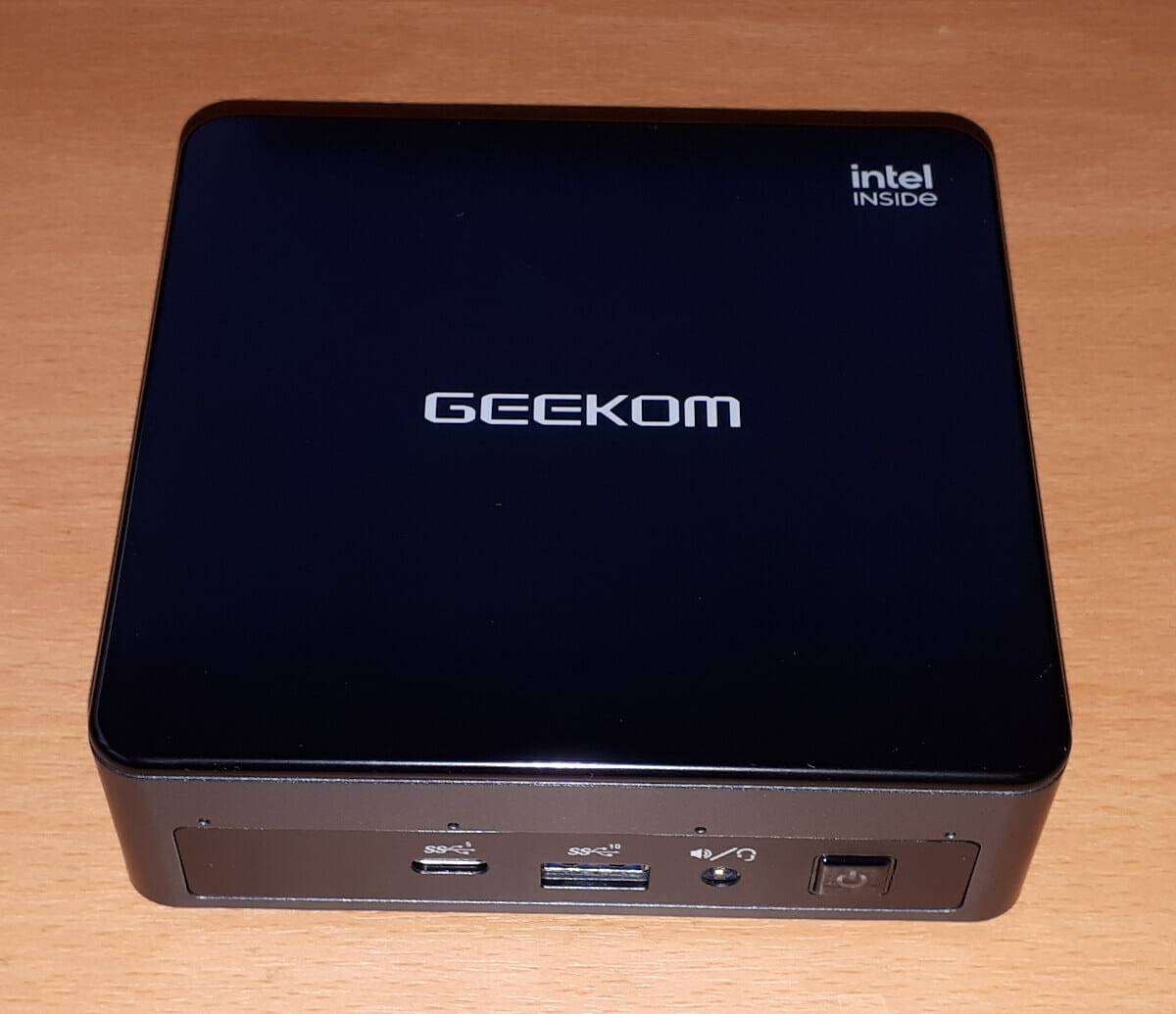 The GEEKOM MiniAir 11 is not just another mini PC powered by an Intel Jasper Lake N5095 processor but one that distinguishes itself by having a comprehensive range of ports. GEEKOM kindly sent a MiniAir 11 for review and I’ve looked at performance running both Windows 11 and Ubuntu 22.04. MiniAir 11 hardware overview The GEEKOM MiniAir 11 physically consists of a 117 x 112 x 34.2mm (4.61 x 4.41 x 1.35 inches) square plastic case. As an actively cooled mini PC, it uses Intel’s new 10 nm Jasper Lake N5095 processor which is a quad-core 4-thread 2.00 GHz Celeron processor boosting to 2.90 GHz with Intel’s UHD Graphics. The front panel has an illuminated power button, a 3.5mm headphone jack, a USB 3.2 Gen 2×1 port, and a Type-C USB 3.2 Gen 1×1 port.  It also includes a CIR (consumer infrared) port which supports remote control. The rear panel […] 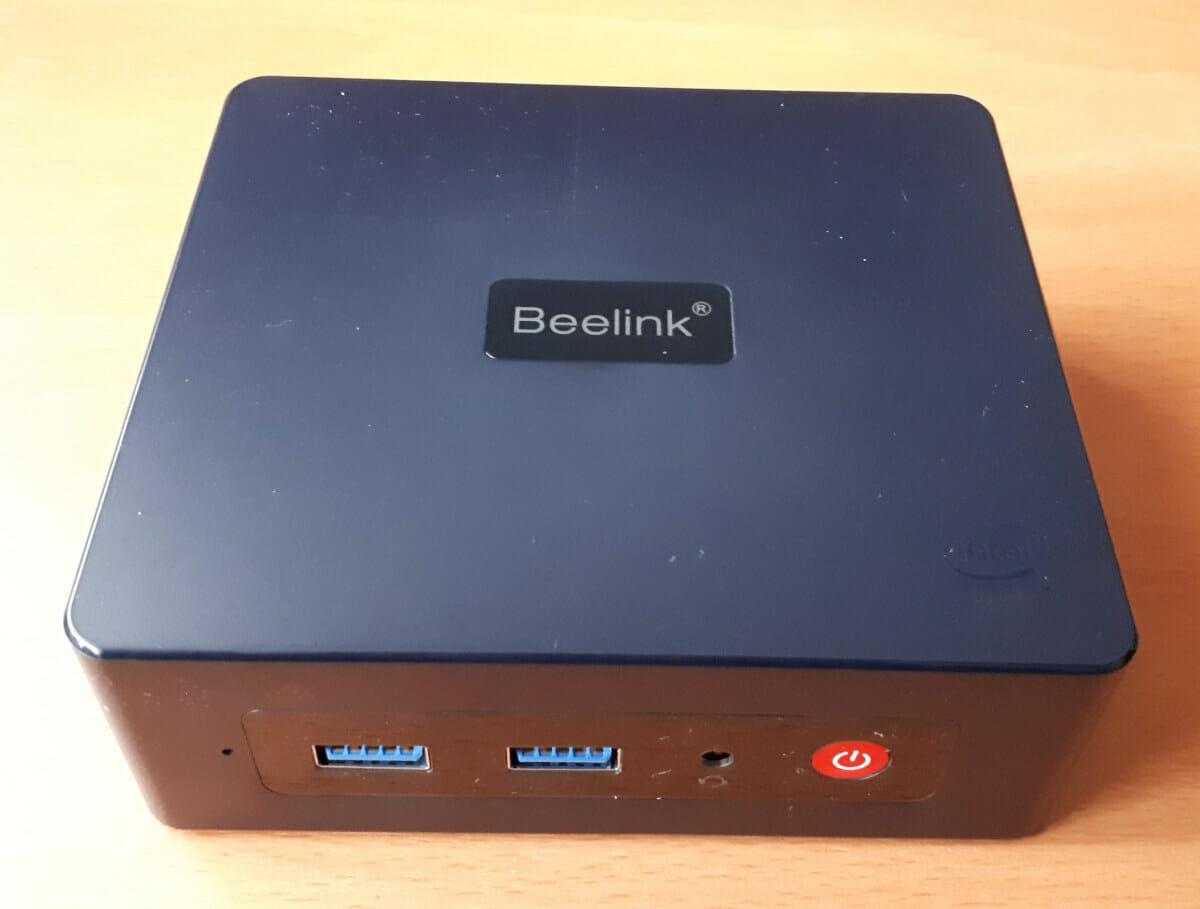 Whilst the first mini PCs were relatively simplistic using low-powered Intel Atom processors with minimal memory, storage, and ports, more recent mini PCs have become so advanced they can challenge SFF builds for both performance and functionality. However, such mini PCs come with prices to match. Beelink has now released the MINI S which is a mini PC that goes back to the basics and is based on a cut-down version of their earlier Beelink U59 mini PC and priced to match. Beelink kindly sent one for review and I’ve looked at performance running both Windows and Ubuntu and compared it directly against the U59. Beelink MINI S hardware overview The Beelink MINI S physically consists of a 115 x 102 x 41mm (4.53 x 4.02 x 1.61 inches) square plastic case. As an actively cooled mini PC, it uses Intel’s new 10 nm Jasper Lake N5095 processor which is […] 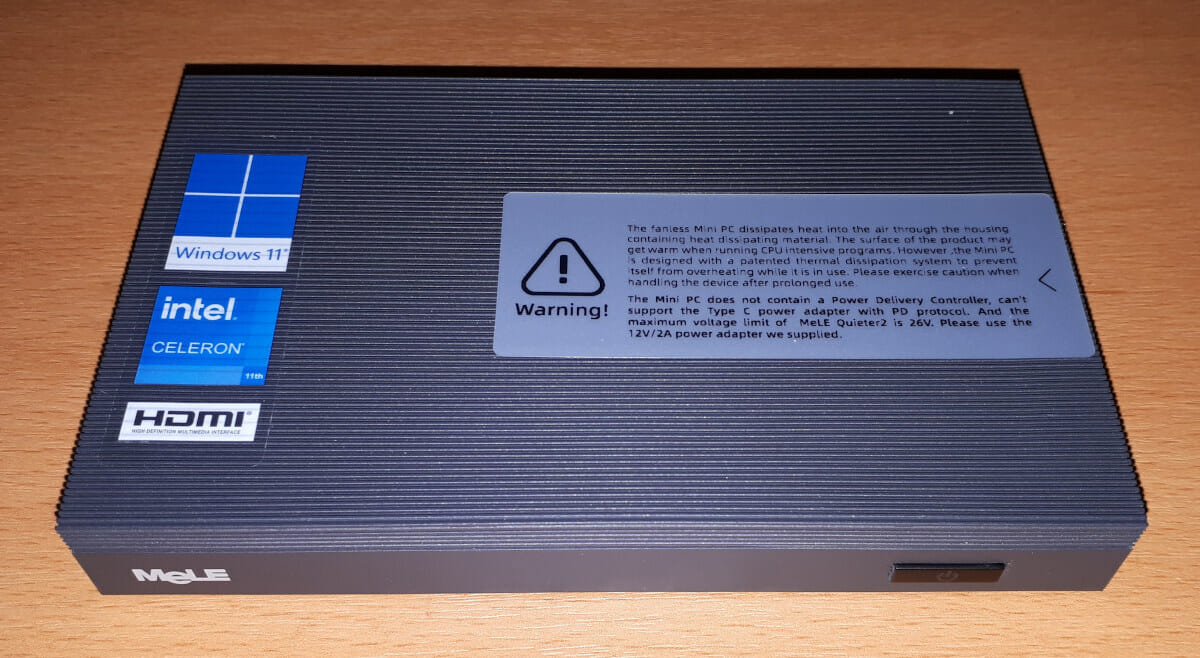 MeLE has released a new and updated version of the Quieter mini PC called the Quieter3Q. Like before, it is a passive mini PC but now features the latest low-powered Intel Celeron Jasper Lake CPU and an upgraded PCIe 3.0 x2 M.2 2280 NVMe SSD slot. MeLE has kindly sent one for review and I’ve looked at performance running both Windows and Ubuntu and connecting an eGPU. MeLE Quieter3Q Hardware Overview The MeLE Quieter3Q is physically the same as before consisting of a 131 x 81 x 18.3mm (5.16 x 3.19 x 0.72 inches) rectangular plastic case with a metal base plate. The top half of the case is finely grooved to mimic the fins of a heat spreader but is made of plastic rather than metal to allow reception to the WiFi antennas as one is directly connected to it. As a passively cooled mini PC, it uses Intel’s […]

In the past, new mini PCs were released as a result of new processors coming to market. However, with the pandemic and its consequences on the supply chain, some Chinese manufacturers’ survival response has been to source old processors in order to continue presenting new devices. It could be argued that for this approach to be successful these alternative older processors should at least be comparable in performance terms to the latest processors that are currently, or theoretically potentially, now available. In terms of low-end Intel mini PC processor chronology which started with Bay Trail and then Cherry Trail followed by the Lakes of Apollo and Gemini, the current benchmark is Jasper Lake. A good example of this adaptation to market circumstances is Beelink’s release of their latest additions to their SEi and SER product lines which feature the older Intel Core i3-8109U (Coffee Lake) and AMD 3200U processors respectively. […] 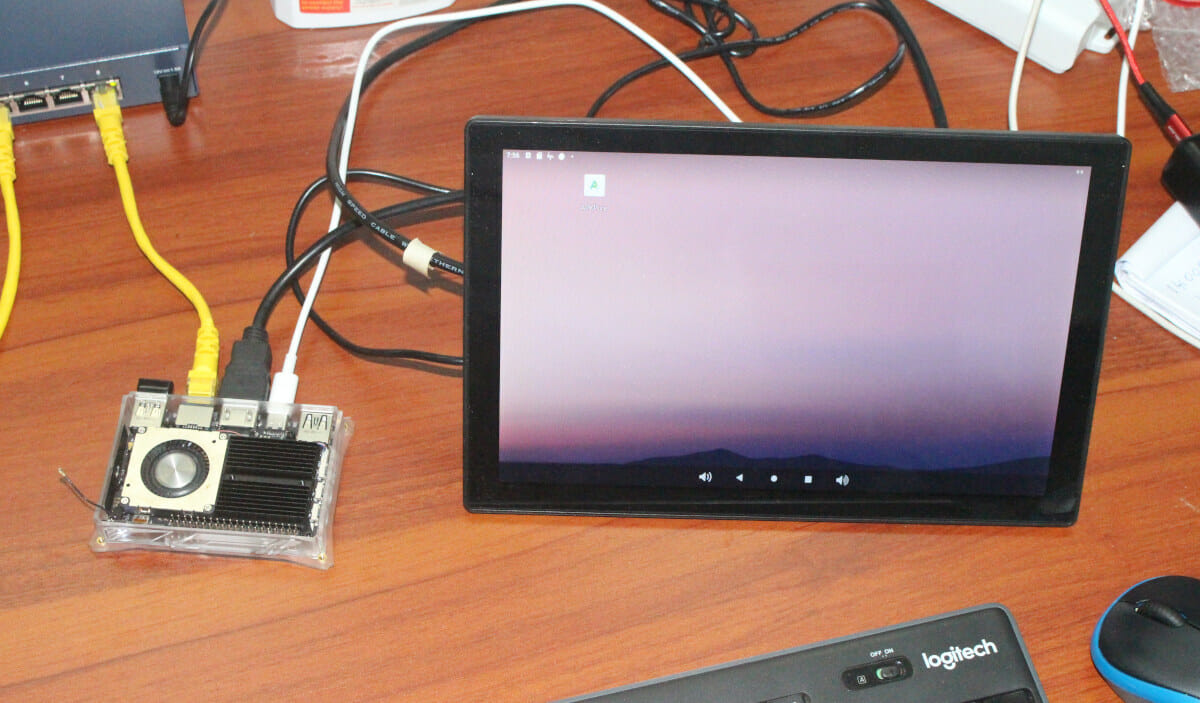 In the first part of Khadas VIM4 review, I showed off the Amlogic A311D2 SBC and some accessories such as the DIY case and M2X expansion board to add M.2 SSD and modem and tried out OOWOW cloud services to install Ubuntu 20.04 server. I’ve now just gotten Fiber Internet at home, so it’s much more practical to test the system, and in the second part of the review, I’ve installed Android 11 on the VIM4 board, checked out settings and system info, and ran some benchmarks.  It will be more like a preview since Android 11 is not a consumer-friendly system at this time, and is more designed for people wanting to build their own applications. Installing Android 11 on Khadas VIM4 with OOWOW system Last time around, I used OOWOW system install in the SPI flash on the board to download and install Ubuntu 20.04 server to the […] 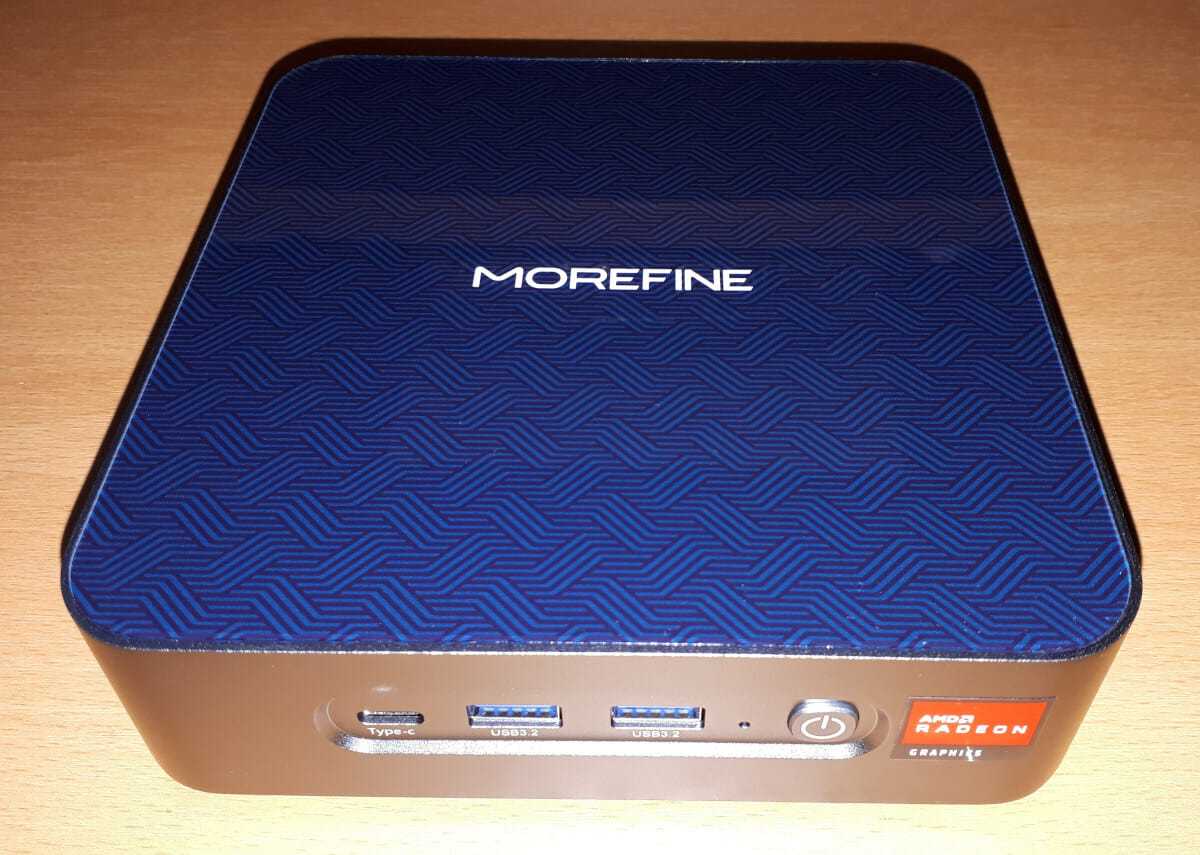 Morefine has recently released their S500+ series of mini PC series which features models with either a Zen 2 or Zen 3 AMD mobile processor. Morefine kindly sent one for review and I’ve looked at performance running both Windows and Ubuntu. Morefine S500+ Hardware Overview The S500+ physically consists of a 149 x 145 x 40mm (5.87 x 5.71 x 1.57 inches) square metal case with a plastic top. As an actively cooled mini PC, it is available with either an AMD Zen 2 or Zen 3 mobile processor. The review model came with AMD’s 7 nm Zen 2 Ryzen 7 5700U Lucienne processor which is an eight-core 16-thread 1.8 GHz mobile processor boosting to 4.3 GHz with Radeon Graphics. The front panel has a power button, a light to indicate power, two USB 3.1 ports, and a Type-C USB 3.1 port with Alternate Mode. The rear panel includes a […] 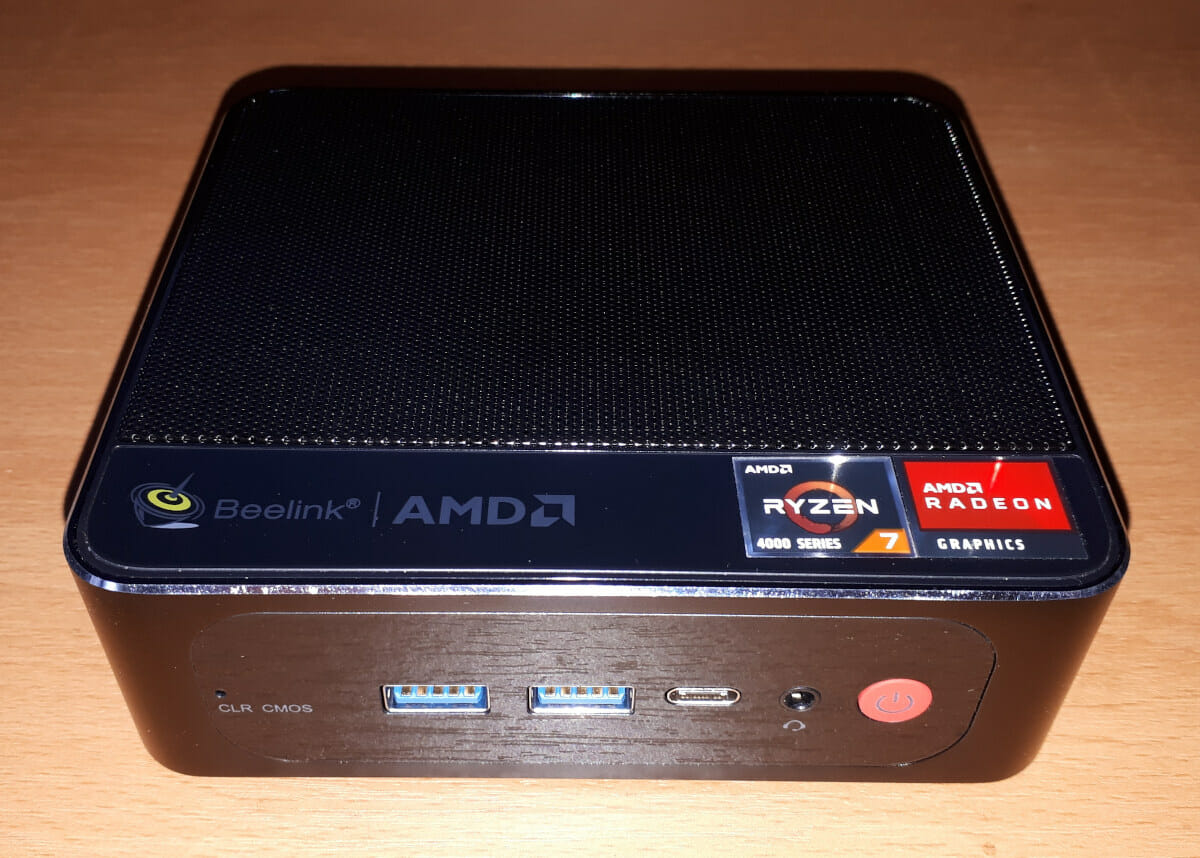 Beelink has released the SER4 which is the latest in their ‘SER’ mini PC series and it features a Zen 2 AMD mobile processor. Beelink kindly sent one for review and I’ve looked at performance running both Windows and Ubuntu and dabbled with ‘overclocking’. Beelink SER4 Hardware Overview The Beelink SER4 physically consists of a 126 x 113 x 40mm (4.96 x 4.45 x 1.57 inches) square metal case. As an actively cooled mini PC, it uses AMD’s 7 nm Zen 2 Ryzen 7 4800U Renoir processor which is an eight-core 16-thread 1.8 GHz mobile processor boosting to 4.2 GHz with Radeon Graphics. The front panel has an illuminated power button, a 3.5mm headphone jack, a Type-C USB 3.1 port with Alternate Mode, dual USB 3.1 ports, and a reset pin-hole ‘CLR CMOS’.  The rear panel includes a gigabit Ethernet port, a USB 3.1 port and a USB 2.0 port, […]