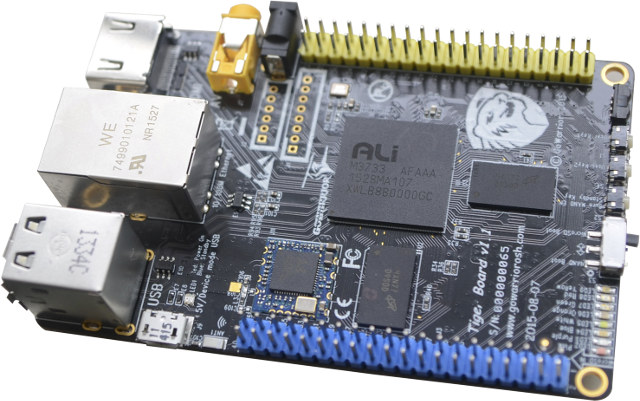 There was a time when development boards were really hard to get for individuals with companies not wanting to waste their time with hobbyists, but the maker revolution changed all that, and now many companies want to get involved in “open source” board for the developer’s community. The latest board trying to emulate the Raspberry Pi is GoWarrior Tiger powered by ALi M3733 dual core cortex A9 processor with 1GB RAM, 4GB Flash, Ethernet and WiFi, HDMI and AV output, and two 40-pin expansion headers. Tiger board specifications: SoC – ALi M3733-AFAAA dual Cortex A9 processor @ 1.0 GHz with  ARM Mali-400 MP2 GPU System Memory – 1GB DDR3; dual channel 1600 MT/s, 800MHz Storage – 4GB on-board NAND Flash + micro SD slot Video & Audio Output – HDMI 1.4 port up to 1080p, with support for HDCP and CEC, 3.5 mm AV jack Connectivity – 10/100M Ethernet, 802.11 b/g/n WiFi and Bluetooth 4.0 USB – 2x host 2.0 […] 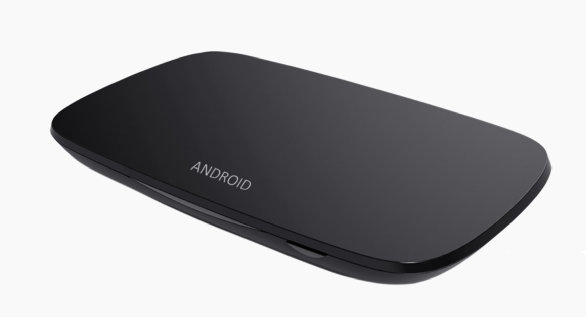 Ten years ago, I remember ALi was in big player in DVD players, but I had not much heard about them since then. Thanks to a ARMdevices.net I found out they are still around, and their latest Ali M3733 dual core ARM Cortex A9 processor will soon be found in DVB set-top boxes like Uyesee L100T2 with a DVB-T2 tuner, or EKT DSD7045 DVB-S2 hybrid set-top box. The former is running Android 4.4, but the latter is likely based on Linux since it only has 512MB NAND flash. The EKT receiver runs SolidTV middleware with HbbTV, conditional access, and more features, and it does look like an interesting product, but I’ll focus on the Uyesse for this post: SoC – ALi M3733 dual core Cortex A9 processor with a dual core Mali-400 GPU System Memory – 512 MB DDR3 (Option: 1GB) Storage – 4GB NAND flash (Options: 8 to 32GB) Video Output – HDMI 1.4a up to 1080p + composite […] 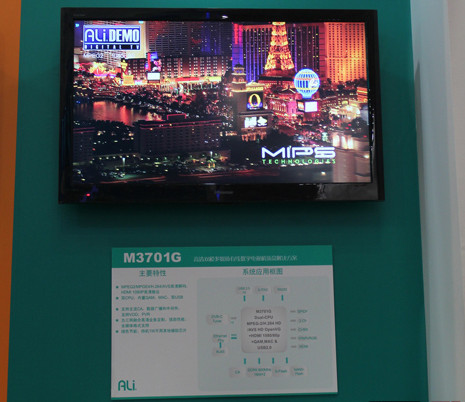 Ali, a Taiwan company, manufacturer of chips for multimedia devices such as DVD player , Set-top boxes, media player has recently announced a new chipset for DVB STB based on MIPS architecture called the M3701G. Here’s an excerpt of MIPS press release (25/04/2011) for this system on chip: MIPS Technologies, Inc.announced today that Taiwan’s ALi Corporation based its new system-on-chip (SoC), which is targeted for the emerging “triple play” market, on the popular MIPS32® 24KEfTM core. MIPS32 24K® cores are widely used across the globe in digital home and networking products including broadband access devices, digital televisions, set-top boxes, and digital media players. … With a hybrid design for DVB-C HD / DVB+IP dual-mode operation, the new M3701G chipset from ALi is targeted for products that support triple play services, such as the next generation of networked media players and set-top boxes. … The M3701G chipset is available now from ALi. It includes support for MPEG-2/4, H.264, AVS (Audio Video […]