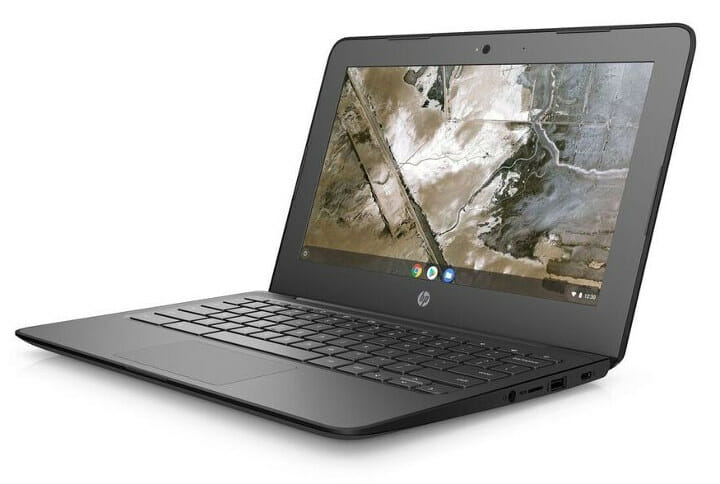 AMD recently introduced the “new” AMD A6-9220C & A4-9120C low power processors specifically designed for Chromebooks. As pointed by CNX Software readers, AMD A6-9220 & A4-9120 processors (no “C”) have been around since 2016, and the just announced “C” (Chromebook) versions appears to be the same processors but with lower clock speed to meet the 6W TDP requirement. Two Chromebooks based on the new AMD processors – HP Chromebook 14 and Acer Chromebook 315 – were also showcased at CES 2019, and the former is now sold for  $269.99. HP has already announced another AMD Chromebook with a smaller 11.6″ display: HP Chromebook 11A G6 EE (Education Edition). This model is expected to launch in February with the following specifications: SoC – AMD A4-9120C dual core processor @ 1.6 GHz / 2.4 GHz  (Boost frequency), Radeon R4 graphics with 3 GPU Cores System Memory – 4GB of RAM Storage – […] 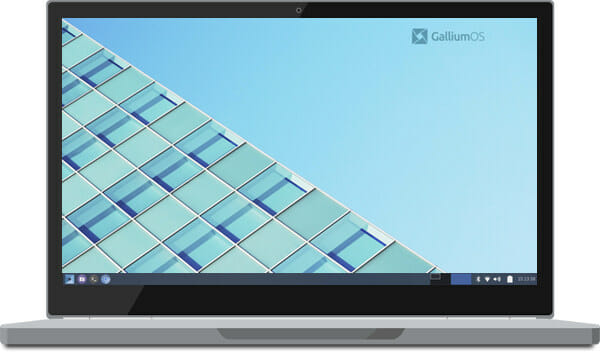 When I wrote about Crostini VM to run Linux apps on Chromebooks last week, I was informed about GalliumOS, described as a fast and lightweight Linux distro for ChromeOS devices – meaning Chromebooks and Chromeboxes – that is based on Xubuntu. Compared to ChromeOS, GalliumOS – and other Linux distributions – provides the ability to run more programs and more flexibility, and GalliumOS is said to deliver improved performance, longer battery life, better touchscreen support, etc.. compared to competing Linux distributions. You can go over the Download page to retrieve an image for your Chromebook or Chromebox, and either replace ChromeOS or go for a dual boot setup. The distribution does not support any Arm Chromebooks for now, and only works with some Intel devices with or without caveats depending on the model used. Check out the hardware compatibility matrix for details. The source code can be found on Github. […] 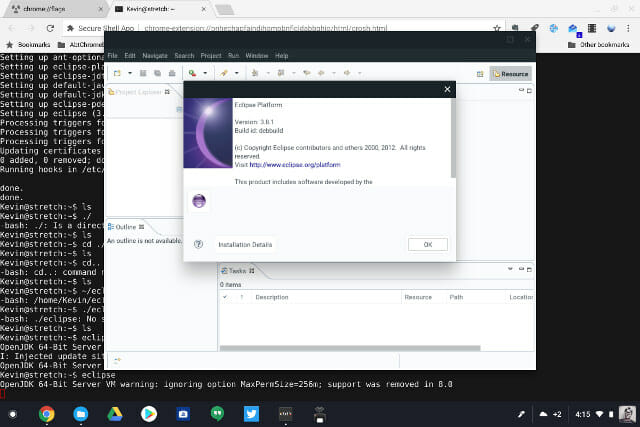 Ever since the first Chromebooks were released, it has been possible to run Ubuntu or other Linux distributions using Crouton (Chromium OS Universal Chroot Environment) on Chrome OS devices, but that requires to enable developer mode, which disables some of security features that come with Chrome OS. Google has now make it easier and safer with Crostini VM that does not require developer mode. The only downsides for now are that it only works on Google Pixelbook, and you need to install/run Chrome OS v67 dev channel with the #enable-cros-container flag enabled. Using Crostini is fairly straightforward. First start crosh terminal with Ctrl++Atl+t, and running the following command to create a VM, and launch a container:

This will start a Debian Stretch environment with networking and GUI support, so you can install & run programs like you would in Debian (e.g. apt install htop).  Kevin Tofel at AboutChromebooks managed […] 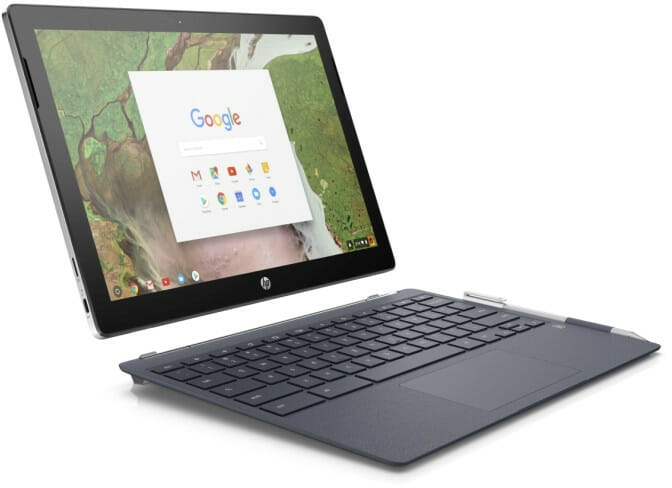 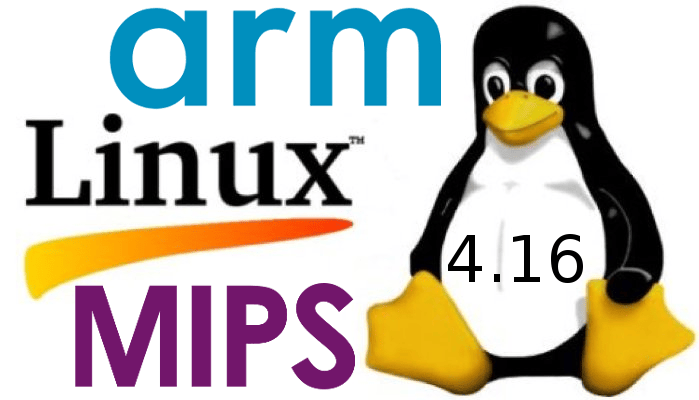 Linus Torvalds has just released Linux 4.16: So the take from final week of the 4.16 release looks a lot like rc7, in that about half of it is networking. If it wasn’t for that, it would all be very small and calm. We had a number of fixes and cleanups elsewhere, but none of it made me go “uhhuh, better let this soak for another week”. And davem didn’t think the networking was a reason to delay the release, so I’m not. End result: 4.16 is out, and the merge window for 4.17 is open and I’ll start doing pull requests tomorrow. Outside of networking, most of the last week was various arch fixlets (powerpc, arm, x86, arm64), some driver fixes (mainly scsi and rdma) and misc other noise (documentation, vm, perf). The appended shortlog gives an overview of the details (again, this is only the small stuff in […] 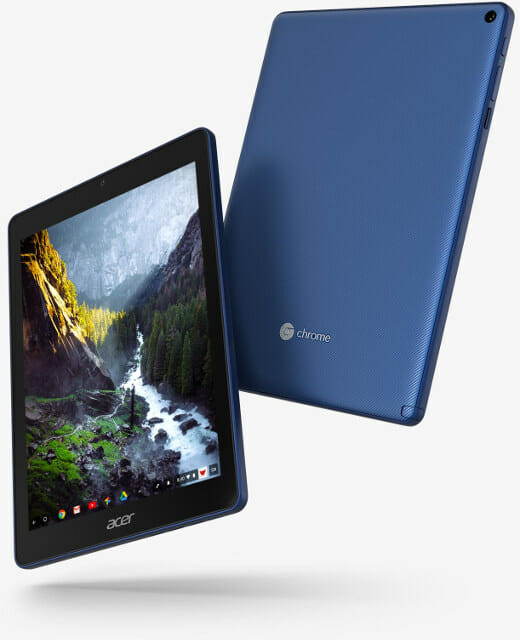 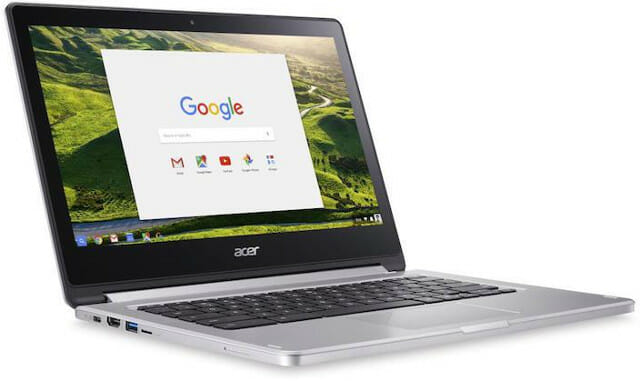 Last month, Imagination Technology released their PowerVR CLDNN SDK, an AI-oriented API that leverages OpenCL support in PowerVR GX6250 GPU in order to  create network layers for constructing and running a neural network on PowerVR hardware. Eventually the SDK will support PowerVR Series2NX Neural Network Accelerator, but while waiting for the hardware, the company has provided a firmware that runs only on Mediatek MT8173 based Acer Chromebook R13. The SDK includes a demo taking a live camera feed to identify the object(s) the camera is pointing at, using known network models such as AlexNet, GoogLeNet, VGG-16, or SqueezeNet. All models are Caffe models trained against the ImageNet dataset, a benchmark function is included within the demo. Beside simply playing with the demos, you’ll be able to study the source code to check out various helper functions such as file loading, dynamic library initialisation and OpenCL context management, and read documentation such as the PowerVR CLDNN reference […]