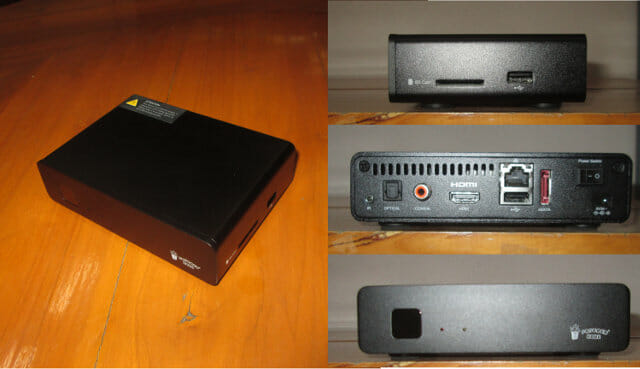 Linux based Popcorn Hour VTEN media player is based on Sigma Designs SMP8757 Cortex A9 processor, and supports video playback up to 4K @ 30 fps (H.264 and H.265), and 7.1 channel audio pass-through. It’s not running Kodi, but CloudMedia’s own media application, and the build quality is superior to most devices thanks to its metallic enclosure. That’s one of the best media player I’ve reviewed so far with H.265 10-bit 4K video playback support, HDMI audio pass-through working for 5.1 and 7.1 channels audio, and very good playback quality. There were a few codecs that were not supported at the time however, such as RealMedia and VP8, and it does not support VP9 either like the vast majority of players on the market today. There were also a few bugs here and there, so the winner may want to upgrade to the latest firmware in case the OTA update […] 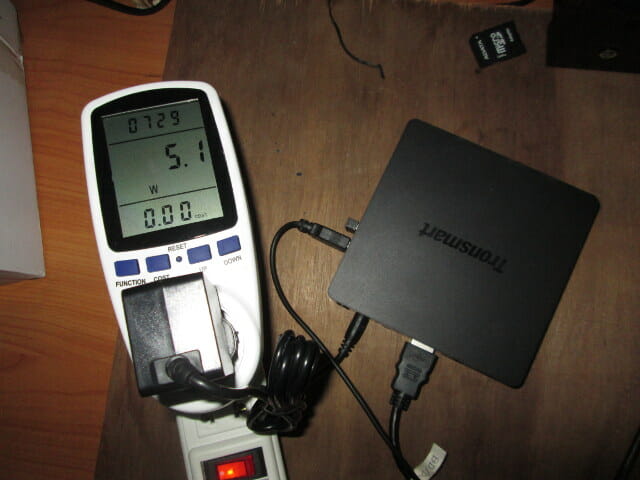 I’ve previously measured power consumption of Amlogic S812 and Rockchip RK3288 based TV boxes using a multimeter. This provides relatively accurate measurements, as well as neat power consumption profiles of devices, but it’s a little complex and time-consuming, so it’s not something I would do for all devices. The easiest way to measure power consumption is to use a kill-a-watt type of device, but my first one broke after only 3 months last year.  I purchased a new one recently, so I run run some power measurement tests on several devices. I selected five devices for this test: MeLE PCG01 HDMI stick with Intel Atom Z3735F processor running Windows 10 Zidoo X9 TV box with Mstar MSO9810 running Android 4.4 Open Hour Chameleon TV box with Rockchip RK3288 processor running Android 4.4 Tronsmart Orion R68 Meta TV box with Rockchip RK3368 processor running Android 5.1 Tronfy MXIV TV box with […] 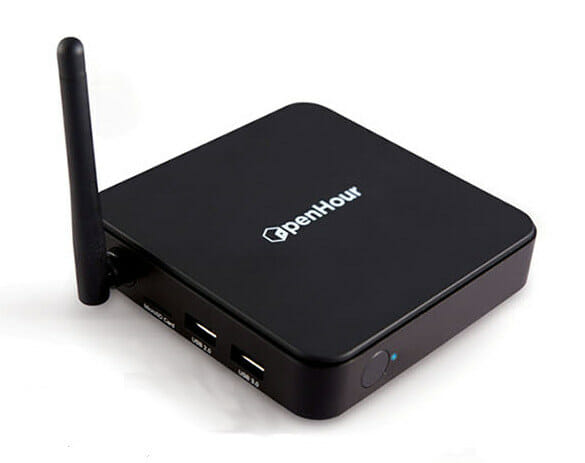 I’ve already measured power consumption running Antutu and playing a 4K video on Rockchip RK3288 and Amlogic S812 platform, as described in “Power Consumption of Amlogic S812 and Rockchip RK3288 TV Boxes“, and now that I have an Intel Bay Trail-T mini PC running Android 4.4 with Wintel W8, I was interested in comparing its power consumption to the ARM platform. [Update: I forgot to mention measurements have all been done @ ~5V.] The test normally consists in several steps: Boot the device Run the latest Antutu benchmark Connect a USB hard drive Play a 4K video in Kodi from the hard drive Diconnect the hard drive Power off the device But since the current draw was a little to high at times, I got a few issues with my setup. First, I had to boot twice hence the “Power On 1” and “Power On 2” strings on the chart, […] 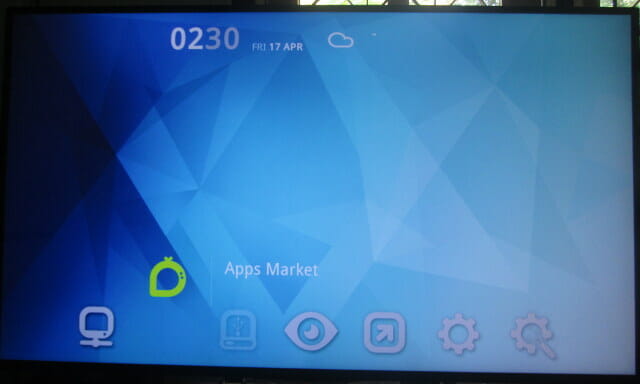 Popcorn Hour VTEN a Linux based media player powered by Sigma Designs SMP8757 ARM Cortex A9 processor. Contrary to the many Android TV boxes I tested in the last few years, the device is dedicated to media playback, even though it has an App Store with 59 apps including YouTube, Facebook, and Twitter. I’ve already taken a few pictures of the device and board, so today, I’ll go through the user interface, quickly test the app store, go through my library of video test files, and check if HDMI audio pass-through is indeed working. Popcorn Hour VTEN User Interface I’ve connected VTEN to an Ethernet Gigabit switch, the HDMI port to Onkyo TX-NR636 AV receiver which itself is connected to LG 42UB820T 4K UHD TV, and the 5V/3A power supply. Pressing the On/Off switch at the back of the player will start it, and the boot takes just under one […] 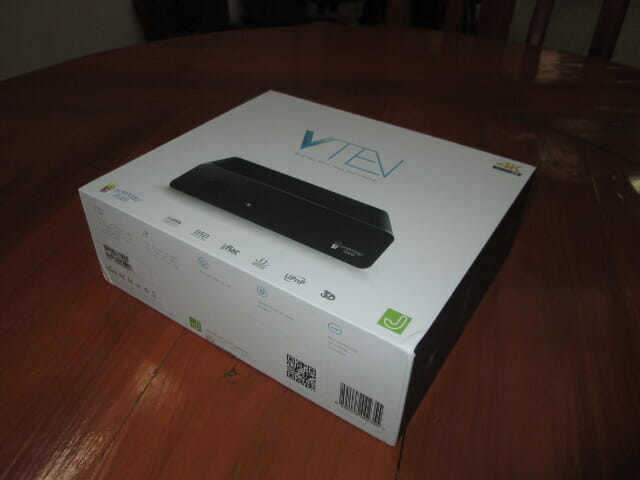 Cloud Media (aka Syabas) sent me their latest Popcorn Hour VTEN media player. It supports HDMI output up to 4K, H.265 video codec, and features an eSATA connector, as well as optical and coaxial S/PDIF connectors. Today, I’ll show some pictures of the kit, and teardown the box to checkout the hardware, and in a few days, I’ll report on the user interface, video playback, and HDMI audio pass-through capabilities. Popcorm Hour VTEN Unboxing The unexpected device was sent via Fedex in the package shown below. It lists some of the key features such as H.265, DSD (Direct Stream Digital), FLAC, Matroska, UPnP, 3D, and 4K Ultra HD support, as well as the specs, and more features and package content in English, French, Italian, Spanish, German, Dutch, Swedish, and Danish. The box comes with an IR remote control and two AAA batteries, an HDMI cable, a SATA cable, a 5V/3A […]

People owning AV receivers capable of outputting 7.1 channels or more have had a hard time finding Android TV boxes that supports HD audio pass-through via HDMI. Many devices can pass through 5.1 codec like DTS or Dolby Digital (AC3 / E-AC3), but so far, none of the boxes I’ve tried could manage content with DTS-HD (MA / HR) and Dolby TrueHD with 8 channels properly. The one that came close was Zidoo X9 with support for Dolby TrueHD 5.1 and 7.1, but it downmixes 7.1 channels to 5.1 channels. So the only cost effective options to get proper 7.1 channel pass-through were Intel based mini PCs running Linux such as Asus Chromebox M004U or Intel NUCs. But recently, I’ve seen some progress. For example, yesterday Cloud Media released a new firmware for their Open Hour Chameleon media player based on Rockchip RK3288 processor. Their Android 4.4.2 firmware (version 1.0.23) […]