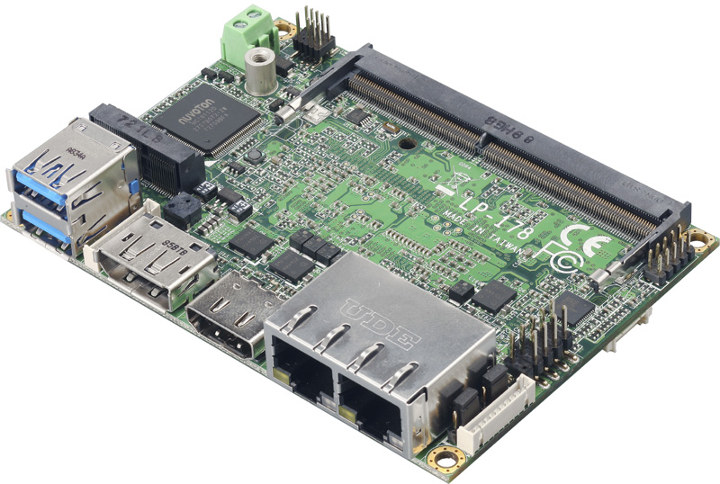 Commell has announced its 3.5” LE-37N SBC run by the 8th generation Whiskey Lake-U quad-core processor. The board has support for triple displays, 4x USB 3.1 Gen 2, 2x SATA III 2x GbE, M2 and Mini-PCIe. Previously we reported on the ASRock IMB-1216 mini-ITX board powered by a choice of Whiskey Lake-U SoCs, as well as the crowdfunded UP Xtreme Whiskey Lake-U SBC. LE-37N Whiskey Lake-U SBC The LE-37N miniboard platform is specifically designed for the Whiskey Lake-U Intel processors with the FCBGA1528 sockets. But it was built with the quad-core, 8-thread, 1.7 GHz Core i7-8665UE with an 8MB cache, 15W TDP and 24 EU Intel Generation 9.5 HD Graphics. It supports DDR4 memory in two SO-DIMM 2400 MHz slots for up to a total of 32GB.  The 8th Generation Whiskey Lake-U i7 processor is more power-efficient and supports Linux and Windows OSes. Extra Features and Display Options There is support for triple displays through 4K HDMI, DVI and an […]