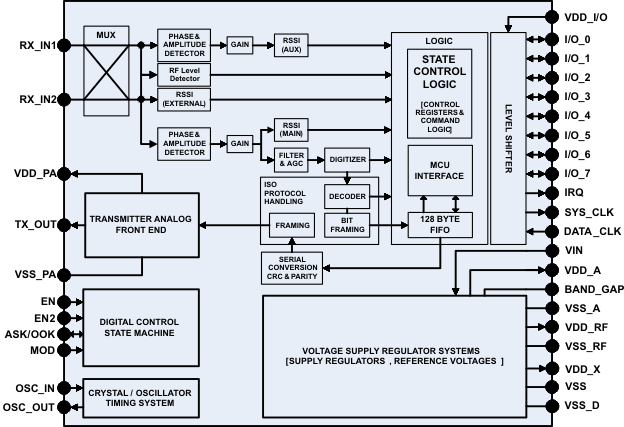 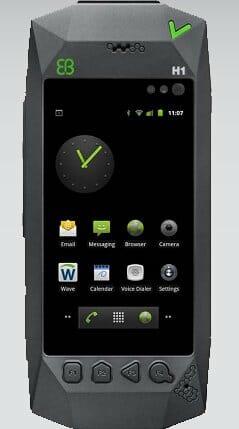 Elektrobit (EB) announced their Specialized Device Platform (SDP), a reference design based on the Android operating system, targeted to Public Safety, Security and Defense, sectors with stringent compliance and regulatory requirements. The platform consists of form factor hardware that can be tailored to customer requirements. The current SDP has a TI OMAP 3 application processor, a high resolution touch-screen enabled display, Wi-Fi, Bluetooth, GPS, 2G and 3G modems – LTE for Band 14 being an option and runs Android 2.2 (Froyo).  A version with TI OMAP 4 processor running Android 2.3 (Gingerbread) will be available in H1 2012. Linux Angstrom will also be provided for the platforms. Here are the details specifications of both reference platforms: OMAP3xxx ARM Cortex-A8 core up to 1 GHz ARM TrustZone compatible security engine NEON™ SIMD coprocessor POWERVR™ SGX graphics accelerator TMS320C64x+™ DSP up to 600 MHz OMAP4xxx Dual ARM Cortex-A9 cores up to 1.5 […] 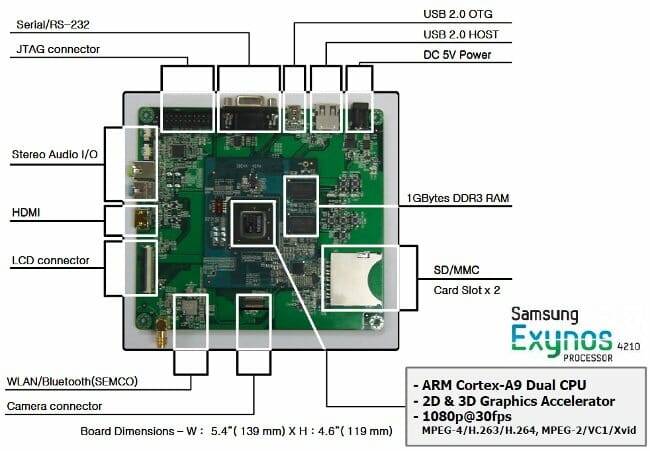 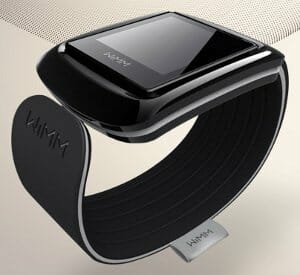 WIMM Labs recently announced a wearable Android-based reference platform and software development kit designed for mobile, sports, health, fashion, finance and consumer electronics applications. The WIMM One platform feature a 1.4″ Bi-modal display, a capacitive touch screen, Wi-Fi, Bluetooth, an accelerometer, a magnetometer, audible and tactile alerts, up to 32GB memory. It is water-resistant, its dimensions are 32×36×12.5mm and it only weights 22g. Wimm Labs also said the device supports GPS in their twitter account. The platform is not currently available, but will be in Q3 2011. The price would be between 200 USD and 2000 USD depending on the licensee according to Wimm Twitter account, with the Wimm One Developer Preview platform closer to the lower end which still makes it a relatively pricey platform. Wimm Labs will also launch a store for applications and accessories later this Fall, where people will be able to find, purchase, and install […] 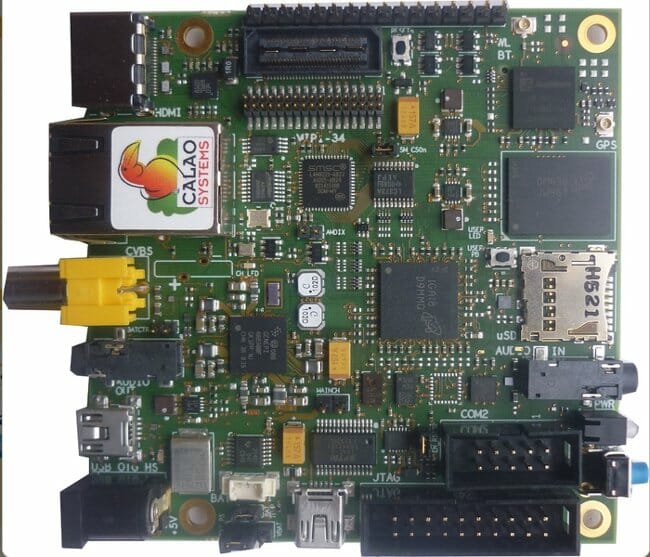 Earlier in February, ST Ericsson had announced the availability of development boards running Linaro based on their Nova A9500 processor. 4 different development kits based on this platform can now be purchased online on Calao store: SKY-S9500-ULP-C22 (SNOWBALL SDK LITE – Without WLAN/BT/GPS) – 155.73 Euros SKY-S9500-ULP-C32 (SNOWBALL PDK LITE – Without WLAN/BT/GPS) – 226.22 Euros SKY-S9500-ULP-C12 (SNOWBALL SDK) – 164.59 Euros SKY-S9500-ULP-C02 (SNOWBALL PDK) – 241.47 Euros The differences between the SDK (Software Development Kit) and PDK (Production Development Kit) are that the former has no expansion connectors, no battery backup for RTC and only support serial over USB port (for Linux console). Finally, the PDK has a larger e-MMC (8GB vs. 4GB). The price mentioned above exclude VAT (if applicable) and shipping costs. Please note that the boards can be shipped to many countries but not anywhere worldwide (e.g. Shipping is not available to Thailand) and you’ll need to […]

Qualcomm has just released the official release of their Augmented Reality SDK with Unity 3.0 Support: Qualcomm Incorporated (NASDAQ: QCOM) today announced the immediate commercial availability of its Augmented Reality (AR) Platform for Android smartphones. Offered through Qualcomm’s online developer network, this 1.0 release marks the successful completion of the Company’s beta program. Developers can now build, market and commercially distribute applications based on the Qualcomm AR platform. … The platform supports multiple development environments. The Qualcomm AR Android SDK supports native Android development with the Android tool chain, including the Android SDK and NDK. The Qualcomm AR Unity Extension supports rapid development with the Unity 3 game development tool. A web application is also included for creating and managing image resources that can be used with either development environment. You may have check out the complete QCAR SDK Press Release. You can download the the latest Qualcomm SDK and […]

MIPS Technologies announced the launch of its new Developer Community at developer.mips.com. The new site is specifically tailored to the needs of software developers working with the Android™ platform, Linux operating system and other applications for MIPS-Based™ hardware. All information and resources on the site are openly accessible. “This new community demonstrates our ongoing commitment to the vibrant open source effort around the MIPS cores and architecture, as well as around our customers’ and their customers’ hardware platforms,” said Art Swift, vice president of marketing and business development, MIPS Technologies. “As the MIPS architecture continues to expand into new high-volume markets such as mobile handsets and tablets, we see an increasing need for these resources among the growing MIPS developer community.” Software engineers can find development resources and tools on the site including: Android on MIPS source code, porting instructions, a native development kit (NDK) for Android applications development on […] 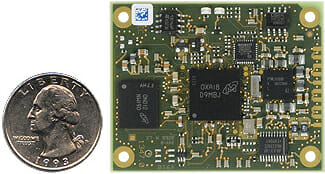