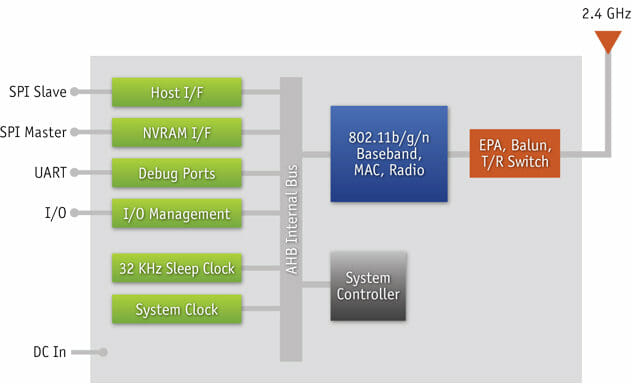 In January, Texas Instruments was the first company (to my knowledge) to release a WiFi chip for the internet of things, the SimpleLink Wi-Fi CC3000, where WiFi is mostly implemented in hardware to lower power consumption. Now, the company has some competition with the announcement of Qualcomm Atheros AR4100P, an improved version of its AP4100 WiFi chipset, including IPv4/IPv6 support. The AR4100 targets the home, enterprise, smart grid and home automation and control applications that have lower data rates and transmit or receive data on an infrequent basis. The AR4100 system-in-package (SIP) features the following: Low energy Power saving modes as low as 5 µA Wake-up times as low as 2.2 ms Support for Quad SPI flash for faster wake times Low system resource requirements Low footprint host driver (25K Flash and 8K RAM) Simple, low-cost wireless system integration LGA package simplifies 2- or 4-layer PCB design Near zero RBOM […] 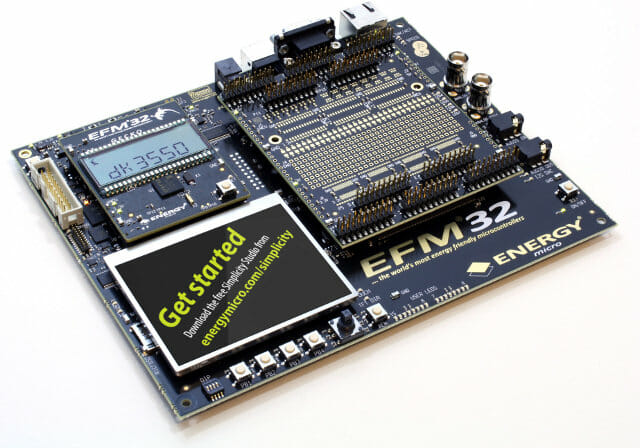 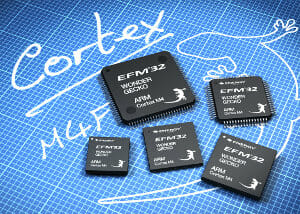 Energy Micro has just announced the EFM32 Wonder Gecko series with the addition of 60 ARM Cortex-M4F  based MCU to its Gecko offering or a total of 240 MCUs. The new controllers are highly energy efficient and minimize energy consumption by including a flexible range of standby and sleep modes, intelligent peripherals that allow designers to implement many functions without CPU wake-up, and ultra-low standby current. Wonder Gecko MCUs come with 256KB Flash memory and 32KB RAM and can achieve active mode current consumption of just 180µA/MHz. Devices provide a deep sleep mode that consumes just 400nA with RTC running, a shut-off mode requiring only 20nA and wake-up time as short as 2µs. The company explains that the LESENSE function block, a generic low energy sensor interface, enables monitoring of a mix of up to 16 capacitive, inductive or resistive sensors while the MCU core is in sleep or shut-off […] 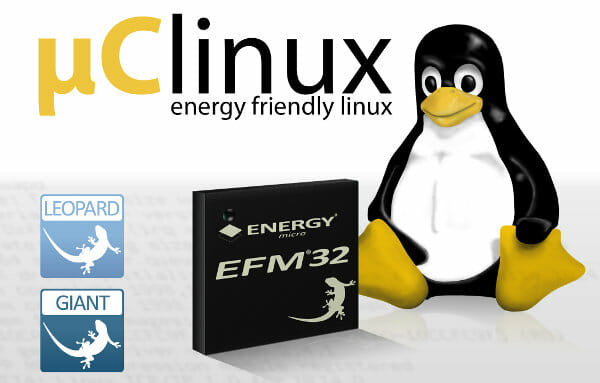 Energy Micro and Pengutronix announced that they will be demonstrating µClinux for Cortex-M3 on the EFM32 Gecko range (Leopard and Giant) of MCU during  Embedded World Conference 2012 on 28 February – 1 March 2011 in Nuremberg, Germany. Pengutronix’s port of µClinux features the Linux 3.2 kernel, providing the cost and time-to-market benefits of Linux operating system, while maintaining low current consumption of just 1.6mA when in idle mode. The company explains that using µClinux reduces design cycles and accelerates time-to-market by giving the designer access to ready-made system functions such as IP connectivity, file systems, and multi-tasking. Users can also employ the broad range of free software and drivers available as open source, within a robust, portable open source framework. The teaser video (below) shows that the demo platform (Giant Gecko Development Kit?) uses 4 MB of RAM (755 KB used after boot-up) and the MCU delivers 9.07 Bogomips. […]