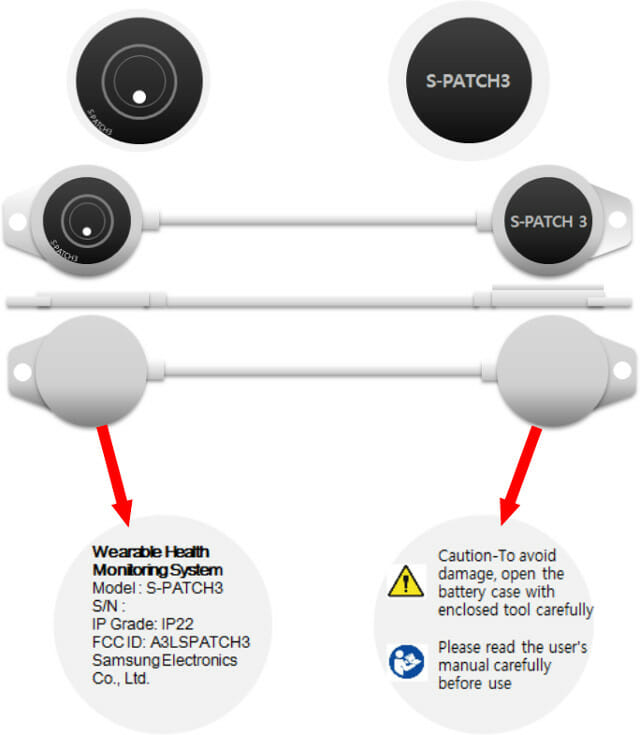 At the end of 2015, Samsung unveiled their S3FBP5A Bio-Processor comprised of an ARM Cortex-M4 MCU, a DSP, and sensors for PPG, ECG (electrocardiography), Skin temperature, BIA, and GSR to have a single package to design tracker able to monitor your health condition. The company demonstrated an early prototype called S-Patch at CES 2016 (See embedded video at the end of this post), and now S-Patch3 wearable health monitoring system has just hit the FCC. The system has two round shapes case connected via a cable, with one for the battery compartment, and the other containing the Bio Processors, and meant to be placed on your chest. The device can then synchronize the data with your smartphone in real-time over Bluetooth. People with heart conditions may benefit from the system, as if they wish to do so, they could share the data with their doctor. Few documents are publicly available […] 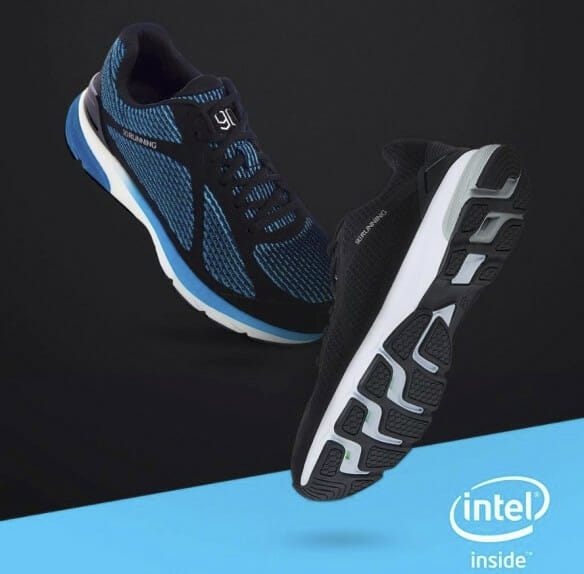 If you’ve ever used a fitness tracker on a wristband, you must know that although it gives an indication of your level of activity, it’s usually not really accurate to count steps. Xiaomi’s “90 Minutes ultra smart running shoes” fixes the issue as the fitness tracker powered by Intel Curie module is placed right inside the shoes. Most of the information is in Chinese, and I could only find limited specifications for the shoes: Size – 39 to 45 Intel Curie Module based on Quark SE SoC with 6-axis accelerometer and gyroscope, Bluetooth 4.0 LE connectivity Battery – Good for 60 days on a charge Material Shoe sole – Rubber Shoe vamp – Fabric + Synthetic leather Shoe insole – Antibacterial removable air cushions The small device based on Intel Curie module resides inside the sole, stores fitness data such steps, distance covered, speed, (estimated) calories burnt, etc… It’s unclear […] 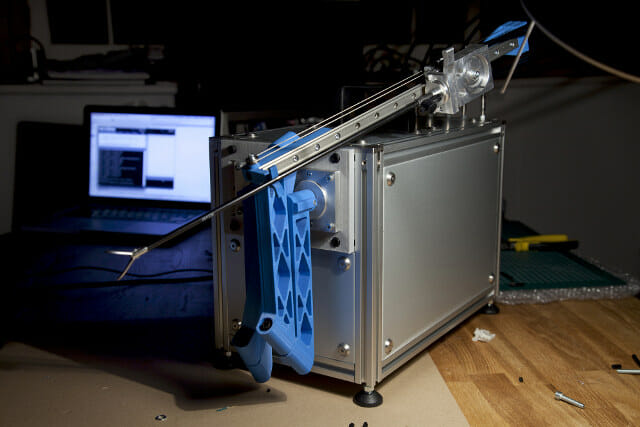 Medical equipments can be really expensive because of the R&D involved and resulting patents, low manufacturing volume, government regulations, and so on. Developed countries can normally afford those higher costs, but for many it may just be prohibitively expensive. The Open Surgery initiative aims to mitigate the costs by “investigating whether building DIY surgical robots, outside the scope of healthcare regulations, could plausibly provide an accessible alternative to the costly professional healthcare services worldwide”. The project is composed of member from the medical, software, hardware, and 3D printing communities, is not intended for (commercial) application, and currently serves only academic purposes. Commercial surgical robots can cost up to $2,000,000, but brings benefits like smaller incisions, reduced risks of complications and readmissions, and shorter hospital stays thanks to a faster recovery process. There have already been several attempts within the robotics community to come up with cheaper and more portable surgical […] 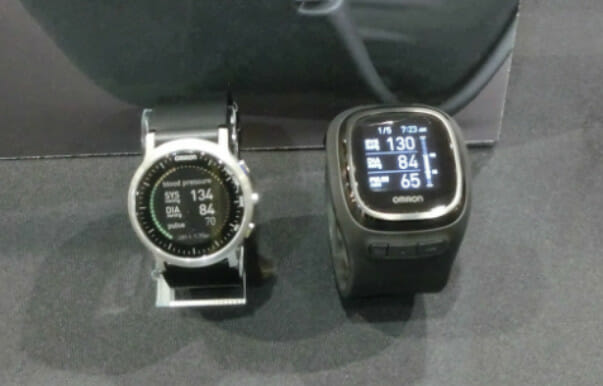 Omron Project Zero BP6000 blood pressure monitor & smartwatch / fitness tracker was unveiled at CES 2016. The device was due to be released at the end of 2016 pending FDA approval, but the launch has now been delayed to spring 2017, and it will be sold under the name “HEARTVUE”. The company has however showcased a new version at CES 2017, for now just called Omron Project Zero 2.0 that has the same functions but is more compact and lightweight. The watch will also work with Omron Connect US mobile app, and can record accurate blood pressure, as well as the usual data you’d get from fitness trackers including activity (e.g. steps) and sleep, as well as smartphone notifications. Blood pressure measurement can be activated by the user by pressing a button and raising his/her wrist to the height of the chest. The goal is the same as the […] 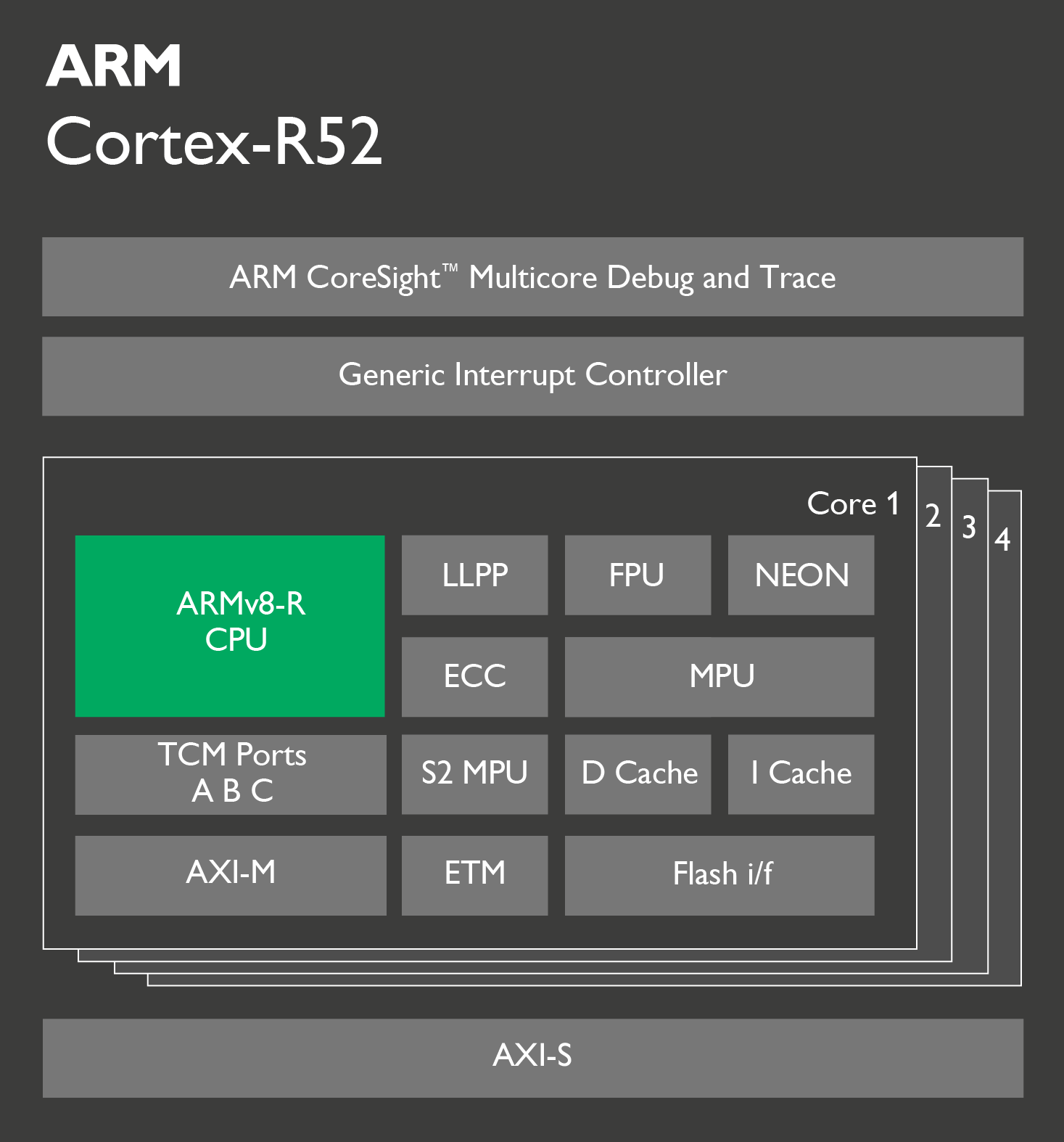 ARM has introduced their very first ARMv8-R real-time 32-bit CPU core with Cortex-R52 designed for safety-critical applications in the automotive, industrial and health-care markets. It has been designed to address higher workloads with increased performance (up to 35%) compared to Cortex-R5 processor. The processor should be used in systems capable of fulfilling IEC 61508 SIL 3 and ISO 26262 ASIL D functional safety requirements. ARM explains the new processor address both random errors for example bit flipping from radiation, and systemic errors more related to software or design faults. The latter can be addresses with the right development processes, including following aforementioned functional safety standards, but random errors require some extra hardware features such as ECC memory, or dual core lock step processors, where instructions are run on two processors simultaneously and results compared. Normally, the whole software stack must be validated and certified on safety-critical systems, even for part […] 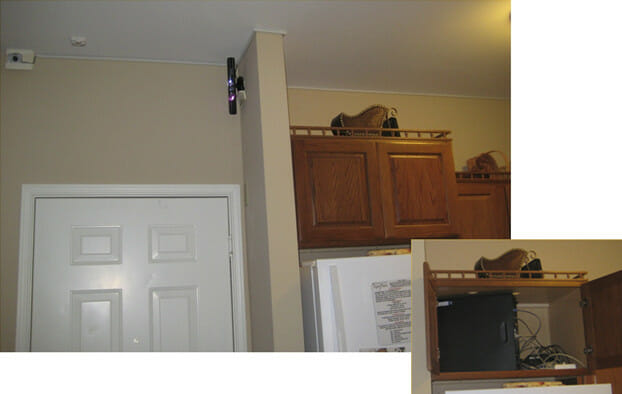 Wearables can be used your young children or elderly persons to monitoring their locations or health, and one use case, especially for old age persons, is to detect falls. However, it’s quite possible they don’t like it and/or not always wear it, so the Center for Eldercare and Technology of the University of Missouri designed a system based on Microsoft Kinect, two webcams, and microphones in order to detect falls, and even predict falls by analyzing gait, i.e. the pattern of movement of the limbs. The picture above shows at least part of the hardware setup with the Kinect, a webcam, and a PC  tower doing the processing stored in a cupboard. Fall detection algorithms are relying on the microphone array, Microsoft Kinect depth camera, and a two-webcam system used to extract silhouettes from orthogonal views and construct a 3D voxel model for analysis. Passive gait analysis algorithms are for […] 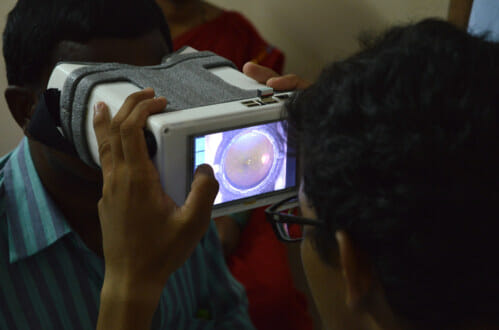 Medical grade equipments are usually very expensive, partly because of their complexity, but also because of certifications,   legal reasons, and low manufacturing volumes. That’s where open source hardware can make a big difference, and there has been several open source hardware prosthetic hands or arms such as Openbionics hand, but Ebin Philip and his team has tackled another issue with Project OWL, an open indirect ophthalmoscope (OIO) designed for screening retinal diseases, which normally costs between $10,000 to $25,000, but their open source hardware design can be put together for about $400. The design features a Raspberry Pi 2 board connected to a WaveShare 5″ Touchscreen LCD, a Raspberry Pi Pi IR Camera (M12 lens mount) with 16mm FL M12 lens, a 3 Watt Luxeon LED, two 50x50mm mirrors, a linear polarizer sheet, a 20 Dioptre disposable lens, and various passive components. While the Raspberry Pi board is not open […]