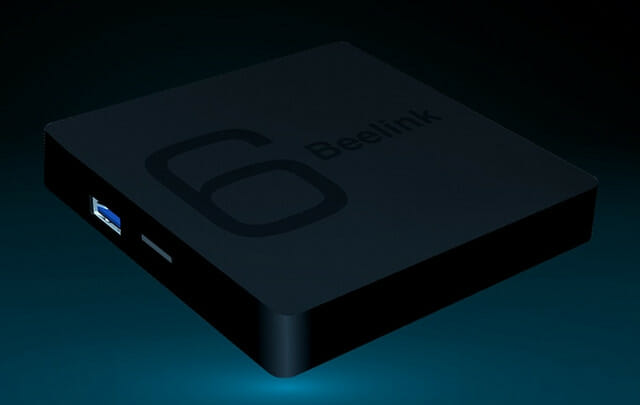 Allwinner H6 is the latest “Home Entertainment” SoC from the company. Designed for 4K HDR TV boxes and set-top boxes, it supports 6K/4K H.265, H.264 and VP9 hardware video decoding, HDR10 and HLG video processing, and features TS interfaces for digital TV tuners, and high speed interfaces such as USB 3.0 and PCIe. So far only one device was equipped with the processor: Zidoo H6 Pro TV Box launched last August, and no other companies offers H6 based products. This may be about to change, as Beelink GS1 is now up for pre-order on GeatBest for $69.99 shipped. But if you read the fine prints on the product page, you’ll find a $10 coupon code: GBGS1. Beelink GS1 specifications: SoC – AllWinner H6 quad-core ARM Cortex-A53 processor with Mali-T720MP2 GPU System Memory – 2GB RAM Storage – 16GB eMMC flash, micro SD card slot Video Output – 1x HDMI 2.0a up […] 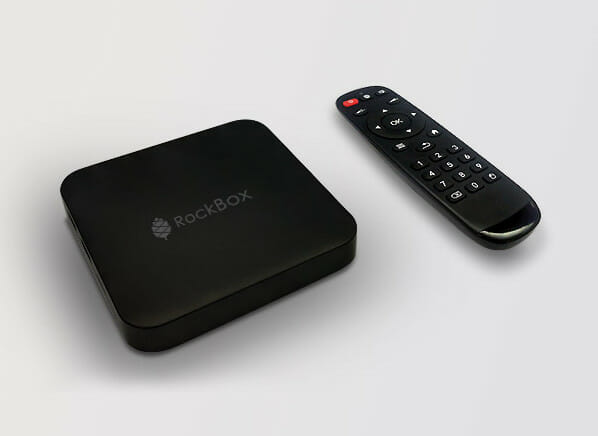 Pine64 launched ROCK64 development board powered by Rockchip RK3328 processor a few months ago. The board exposes fast interfaces like Gigabit Ethernet and USB 3.0, and support 4K video playback, and runs Android 7.1 or various Linux distributions such as Ubuntu 16.04 and others. Pine64 and Cloud Media companies share some of the same owners, and RK3328 being a TV box processor, it should not come as a surprise that Cloud Media has introduced Popcorn Hour Rockbox Basic TV box based on the processor. While the box is running Android 7.1 by default, it will also be support alternative operating systems such as LibreELEC, Android TV OS, Ubuntu, etc… thanks to the work of Pine64/Rock64 community. Popcorn Hour RockBox Basic specifications are quite standard: SoC – Rockchip RK3328 quad core Cortex A53 processor @ 1.5 GHz with Mali-450MP2 GPU System Memory – 1 GB LPDDR3 Storage – 8 GB eMMC […] 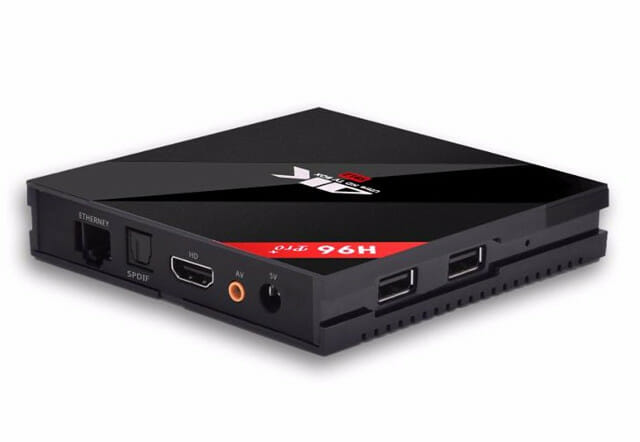 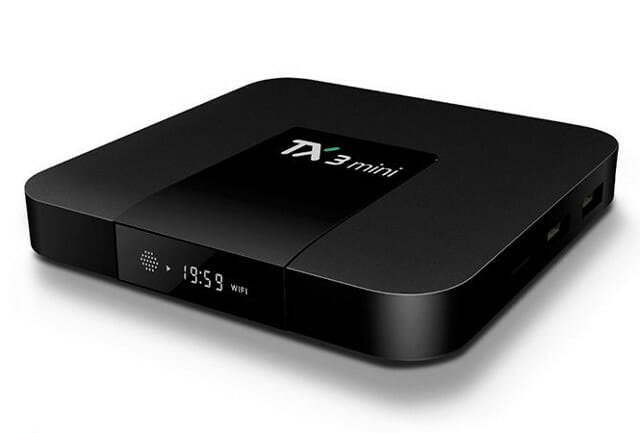 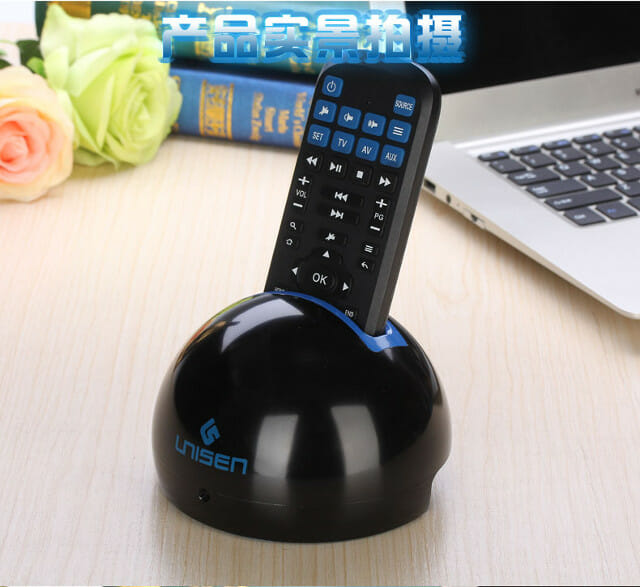 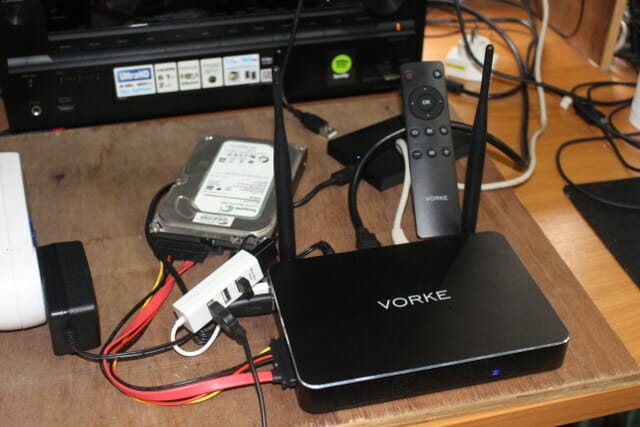 Vorke Z3 is another mini PC / TV box powered by Rockchip RK3399 hexa core processor with two Cortex A72 cores, and two Cortex A53 cores making it theoretically one of the fastest TV boxes on the market, excluding NVIDIA Shield Android TV which is well ahead of the competition, albeit with poor worldwide availability. I’ve have already shown Vorke Z3 hardware inside out, so in the second part of the review, I’ll focus on testing the firmware including video playback, and the system performance, and see how it compares to the similar Yundoo Y8, which I reviewed last month. First Boot, Setup, and First Impressions One the selling point of Vorke Z3 is its SATA connector, so I connected a 1TB 3.5″ SATA drive first, as well as Seagate USB 3.0 drive (1TB) to the USB 3.0 port, I also added a USB hub to connect a USB keyboard, […] 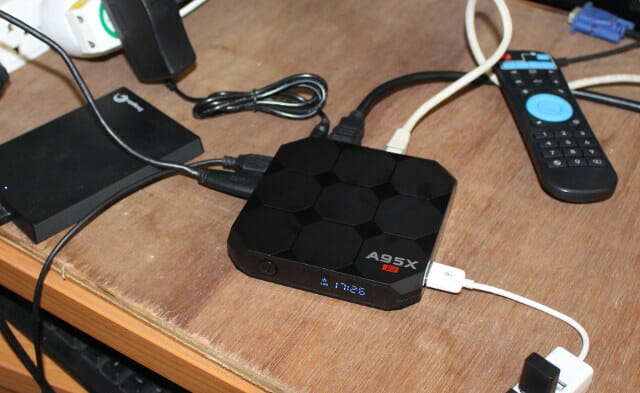 In the first part of A95X R2 Rockchip RK3328 TV box review, I listed the specifications of the device, took a few photos, and reported about the chip used in the PCBA. I’ve now had time to play with the box, so I can report about my experience with Android 7.1, video & audio capabilities, and the performance of the device in the second part of the review. First Boot, Setup, and First Impressions I connected a USB 3.0 hard drive to the USB 3.0 port of the box, a USB keyboard to one of the USB port to take screenshots, and a USB hub with the RF dongles for my air mouse and gamepad in the remaining USB 2.0 port. I completed the hardware setup with Ethernet and HDMI cables, as well as the power supply. I then pressed the power button on the unit to start it up, […] 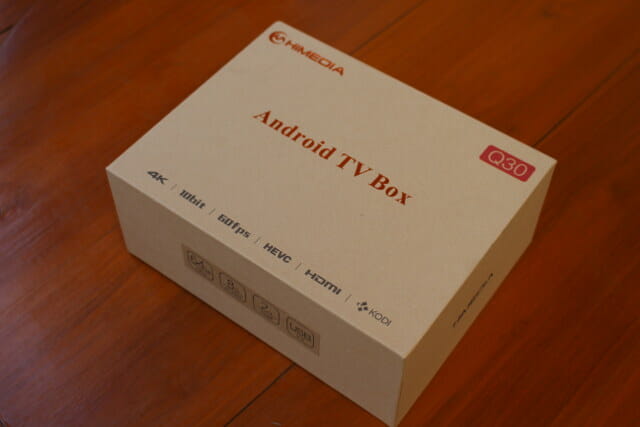 I’ve often read praises about HiMedia TV boxes in the comments section of this blog, but so far, I had never tested any of their products. This is about to change, since the company has sent me their latest HiMedia Q30 TV box running Android 7.0 on Hisilicon Hi3798MV200 processor, a cost-down version of Hi3798CV200 processor with the same CPU,a lower-end Mali-T450 GPU, about the same media capabilities, and less I/Os. I’ll start the review by checking out the TV box and accessories, as well as the PCBA, before reporting the experience with Android 7.0 firmware in several weeks. HiMedia Q30 TV Box Unboxing I received the device is a package that read “HIMEDIA Q30” and “Android TV Box”, and shows some of the key features like 4K @ 60 fps, 10-bit HEVC, HDR and Kodi support. The devices ships with an IR remote control with IR learning function for […]