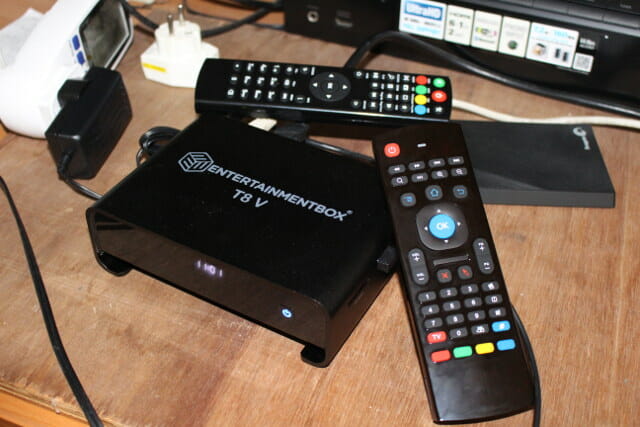 EBox T8 V (version 5) is the new EntertainmentBox.com  TV box specially geared towards the UK market with its choice of apps and online shop based in the United Kingdom. It’s an upgrade to EBox T8-4 I reviewed last year, replacing Amlogic S905 quad core processor by Amlogic S912 octa-core processor, but keeping most of the same features including the SATA bay and EBox user interface. Since we’ve already checked out the hardware, likely based on Zoomtak U Plus, I’ll focus on the firmware in the second part. It will be a shorter reviewed than usual since I have already tested many Amlogic S912 TV boxes, and I’ll refer to T8-4 review when the user interface is identical, and instead focus on what has changed, and the usual suspects like audio pass-through, 4K video playback, DRM support, WiFi performance, etc… EBox T8 V Setup Wizard, Setup, OTA Firmware Update, and […] 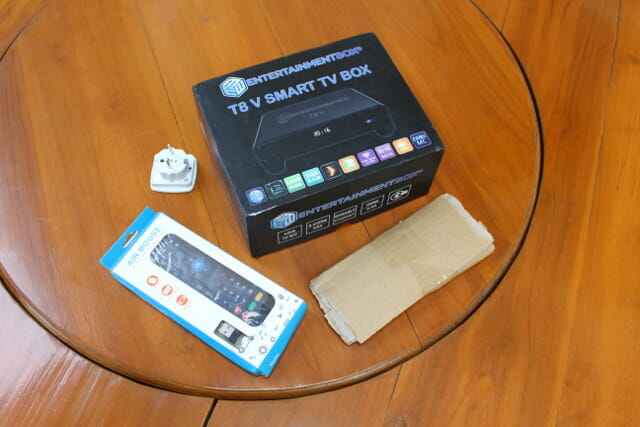 Last summer I reviewed Ebox T8-4, an Android TV box based on Amlogic S905 processor sold by entertainmentbox.com and geared towards the UK market. Although it had some of the typical issues with HDMI audio pass-through, I found the box easy to setup, and potentially interesting for UK viewers since popular IPTV apps were pre-installed. It also came with a SATA bay but for some reasons I never managed to have either a 1TV HDD or 128 GB SSD recognized by the system. Nevertheless, the box is now used full time by another person who seems to be quite happy about it, especially since it comes with an air mouse and a gamepad, and good support. The company has now sent me their updated model, Ebox T8 V, with very similar features but instead equipped with Amlogic S912 octa-core processor. Before checking the firmware, I’ll have a look at the […] 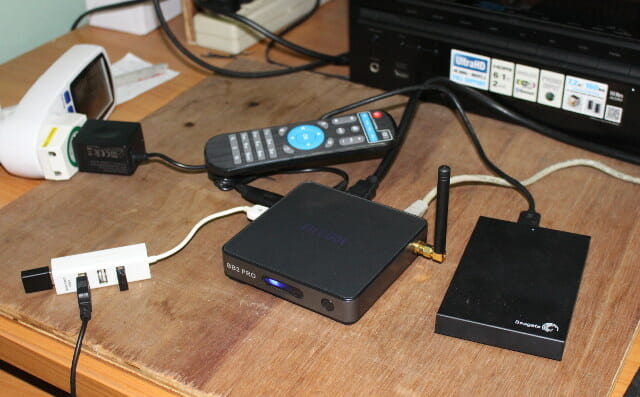 Most Android TV box comes with DDR3 or DDR3L memory, but Mecool BB2 Pro comes instead with 3GB DDR4 memory that’s supposed to offer 50% increased memory bandwidth. That’s why I was interested in reviewing the box. I’ve already checked out BB2 Pro hardware in the first part of the review, so the second part will focus on the firmware, video playback in Kodi 17, and benchmarks to find out if there’s any improvement over other Amlogic S912 using DDR3 memory. It’s not the first DDR4 box I’ve tested however, as Eweat R9 Plus powered by Realtek RTD1295 processor also included DDR4 memory, but based on my tests, there’s was no noticeable differences with Zidoo X9S based on the same processor, but with DDR3 memory. But this time, we’ll see if it is any different with Amlogic platforms. First Boot, Settings and First Impressions I connect a USB 3.0 hard […] 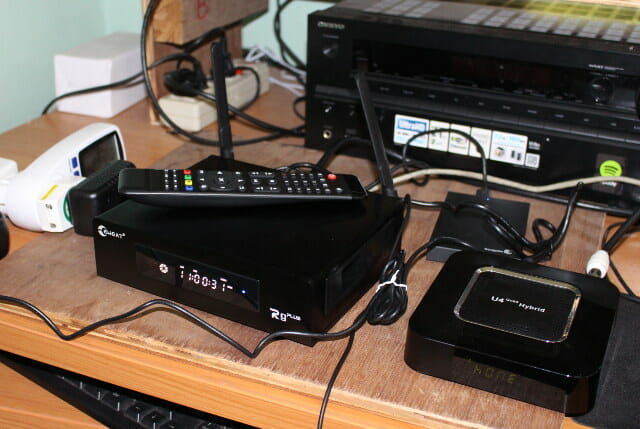 Eweat R9 Plus is a device powered by Realtek RTD1295 SoC combining main functions: Android 6.0 TV box, OpenWrt NAS/router, and HDMI recorder thanks to its HDMI input port. It competes directly with Zidoo X9S which has the same features, except while Zidoo X9S has no internal SATA bay and your 2.5″ hard drive just hang outside the box, Eweat R9 Plus comes with an internal 3.5″ SATA bay that makes it much neater on your furniture… We’ve already seen that in the first part for review “Eweat R9 Plus unboxing and teardown“, and I was impressed by the hardware, but the software is even more important, and that’s what I’m going to check out in the second and final part of this review. First Boot, First Impressions and Setup. I’ve first inserted a 1TB 3.5″ SATA drive in the device, and then I connected an extra USB 3.0 hard […] 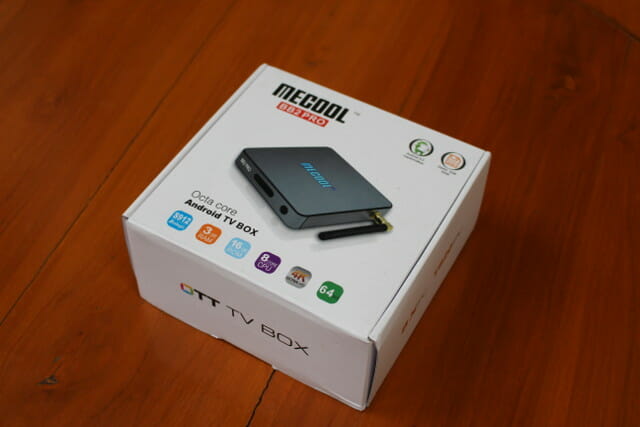 Mecool BB2 Pro is yet another Amlogic S912 Android 6.0 TV box, but after Eweat R9 Plus, it’s my second TV box with DDR4 memory that should deliver much higher bandwidth compared to DDR3 memory used in most TV boxes. But so far, it’s clear how much performance can be extracted from the system with higher memory bandwidth in actual use,  and that’s exactly what I hope to find out in the second part of the review, but in this post I start by going through the specs, check the box and its accessories, as well as the hardware design. Mecool BB2 Pro specifications Apart from the DDR4 memory, BB2 Pro has pretty common specifications: SoC – Amlogic S912 octo-core ARM Cortex A53 processor @ up to 1.5 GHz with ARM Mali-820MP3 GPU System Memory – 3 GB DDR4 Storage – 16 GB eMMC flash + micro SD slot up […] 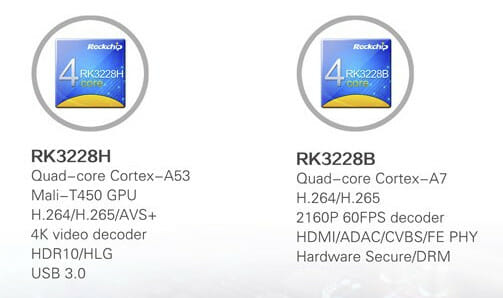 Rockchip has just tweeted about their RK3xxx processors family, and two new processors appear to have been included in the list with Rockchip RK3228H quad core Cortex A53 processor and RK3228B quad core Cortex A7 processor both supporting 4K video playback and ouput, as well as HDR. Rockchip RK3228H has many of the same features as Amlogic S905X with a quad core Cortex A53 processor, an ARM Mali-T450 GPU, 4K H.265/H.264 video support, and HDR10/HLG, but it also adds something extra with a USB 3.0 interface.  RK3328B is lower end with its quad core A7 processor, but still supports H.265/H.264 up to 4K resolution, and include the usual interfaces such as HDMI, CVBS, and a Fast Ethernet PHY. There may be more details on the press release, but the page won’t load for me right now. Jean-Luc Aufranc (CNXSoft)Jean-Luc started CNX Software in 2010 as a part-time endeavor, before quitting […] 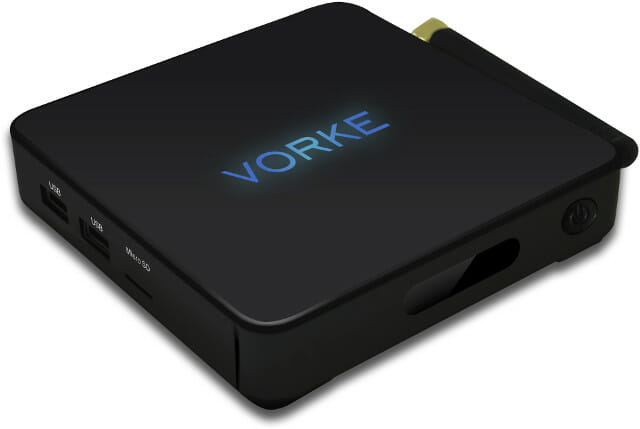