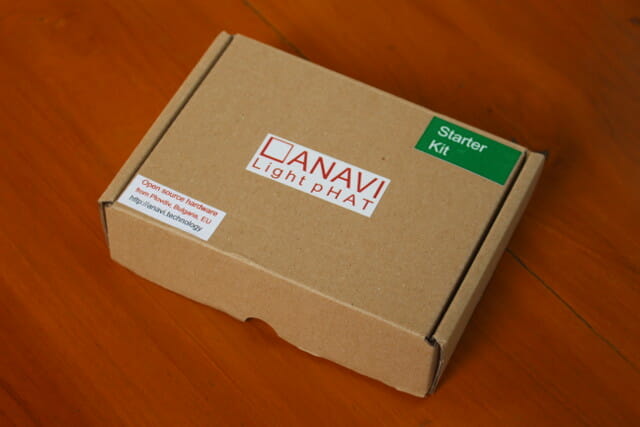 ANAVI Light pHAT is an expansion board best suited for Raspberry Pi Zero (W/WH) boards, but also working with any other Raspberry Pi boards with a 40-pin header, that can control a 12V RGB LED strip and sensors. The project’s crowdfunding has just been successfully completed on CrowdSupply with 82 pledges, but you can still pre-order the board or kits for $25 and up. The developer – Leon ANAVI – had sent me a starter kit a little while ago, and this week-end I had time to test the basic functionalities of the board. The package includes the pHAT board itself, a one meter RGB LED strip, an I2C sensor, and some stickers. The sensor is based on BH1750 ambient light intensity sensor. The light pHAT boards include a 4-pin 12V/RGB blue terminal, EEPROM, three I2C connecter, a 3.3V UART connector to access the serial console for debugging / running […] 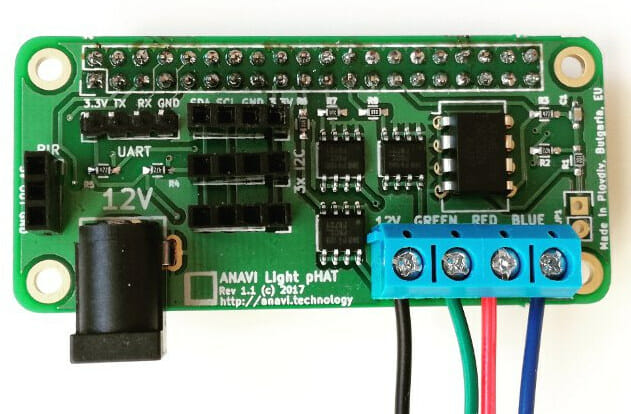 He works as a software engineer for his main job, but Leon ANAVI is apparently enjoying his hobby of designing open source hardware, as after RabbitMax Flex home automation HAT, and ANAVI Infrared pHAT with IR transmitter and receiver, he has come up with as third project: Anavi Light pHat, an add-on board for Raspberry Pi 3/Zero (W) that adds support for RGB light strips. Light pHAT specifications: Compatible with 40-pin Raspberry Pi header EEPROM with board manufacturer information and a device tree fragment Terminal block for a 12V RGB LED strip 3x 4-pin I2C headers for sensor modules 1x 3-pin header for PIR motion sensor 1x 4-pin UART header for debugging Dimensions – pHAT form factor You first need to connect the pHAT to your board, and then LED strip, and you can then control the lights using Home Assistant open source home automation platform, with the strip integrated […] 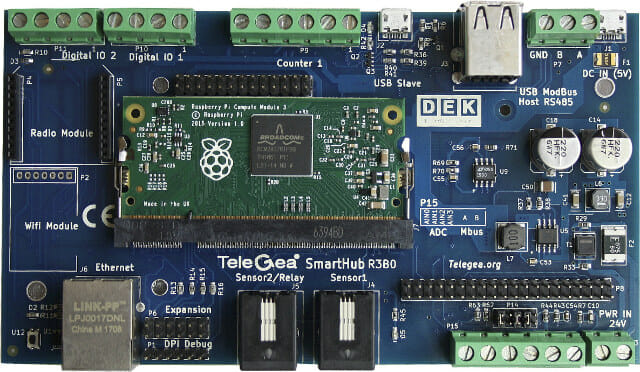 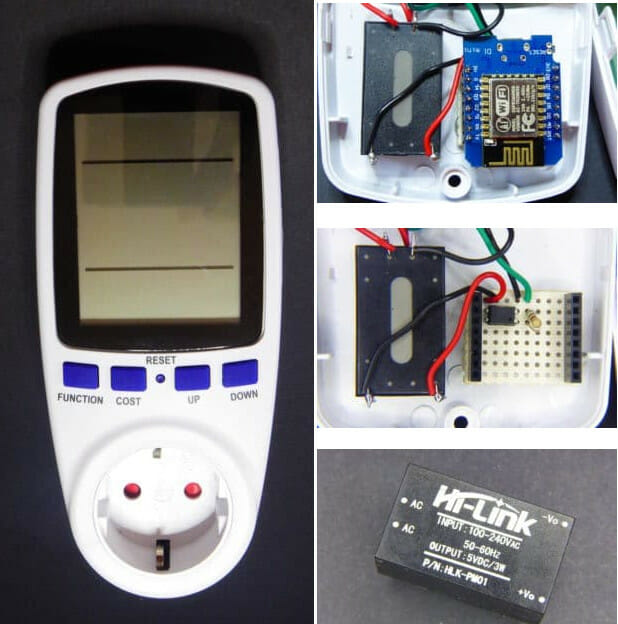 Sonoff-Tasmota and ESPurna are the two main open source firmware used in home automation devices, such as Sonoff wireless switches, based on Espressif ESP8266 WiSoC. Xose Pérez – aka Tinkerman – has recently purchased “dumb” power meters / kill-a-watt meters, added WiFi to them with ESP-01 module and Wemos D1 mini board, and implemented support in ESPurna firmware leveraging earlier reverse-engineering work by Karl Hagström. The power meter above looks exactly like the one I’ve been using for review for over two years, and has been more more reliable than other models, such as Broadlink SP2 (with built-in WiFi) that gave up on me after a few months. Xose actually noticed that old and newer models of the power meters were based on different solutions. Karl’s meter relied on ECH1560, while Xose’s new meter was instead based on Vango V9261F, which has a public datasheet, and was already being worked on by […] 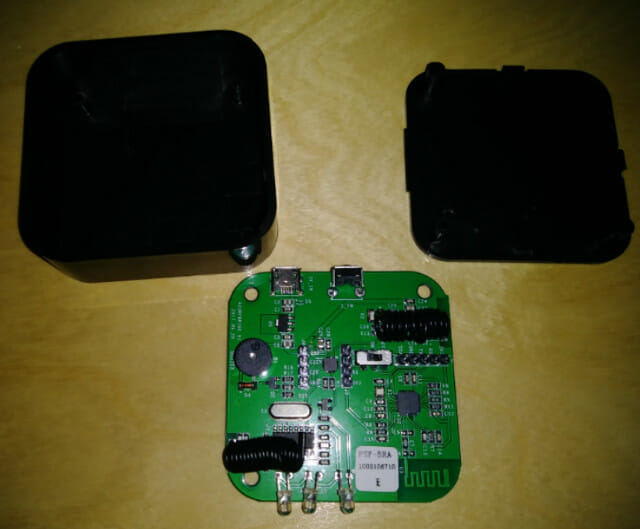 Karl here. Today we are going to look at 2 new and one older Sonoff devices. Sonoff RF Bridge – $9.90 433MHz RF to WiFi Bridge Sonoff 4ch Pro – 4 Gang WiFi RF Smart Switch Sonoff POW – Wireless switch with power metering capabilities I spent very little time with the stock firmware on the device. I don’t like the fact that an Internet connection is needed, and I am not in control. As of the time of this writing I found the Ewelink was not configurable enough to meet my needs. There is one feature that is really nice that I could easily see keeping stock firmware. It is the Alexa Skill. It worked. I am also currently reviewing Vobot Smart Alarm Clock with Alexa integration and had no trouble controlling the Sonoff devices with Alexa. But unfortunately I am lazy and want everything automatic so I can’t […] 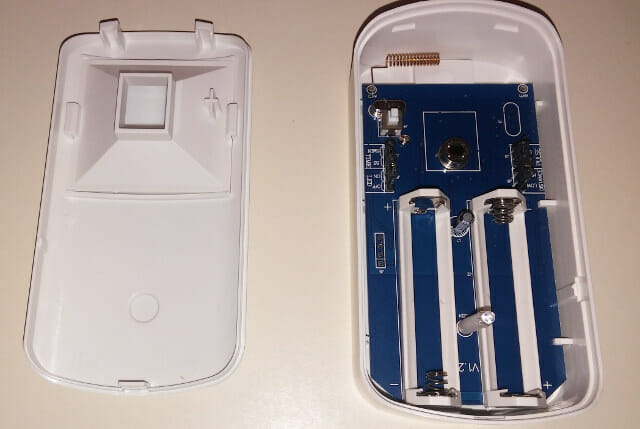 This is the 3rd part of my Home Automation light project. In the first part, I wrote about basic setup with basic Sonoff Wifi MQTT switches and setting them up. In the second one, we added some 433 MHz motion sensors and a 433 MHz to MQTT bridge. And finally in part 3, we are going to modify the 433 MHz motion sensors to only work when it is dark in the room. Motion Sensor The motion sensor I linked in part 2 is run by a common chip called a BISS0001. We are interested in pin 9. If voltage is below .2v it will not trigger a motion. This solves the problem discussed in part 2, when we have a gloomy day or if blinds are closed etc. By adding an GL5537 LDR (Light Dependent Resistor) shown as R3 in the diagram above, you will achieve the desired effect. […] 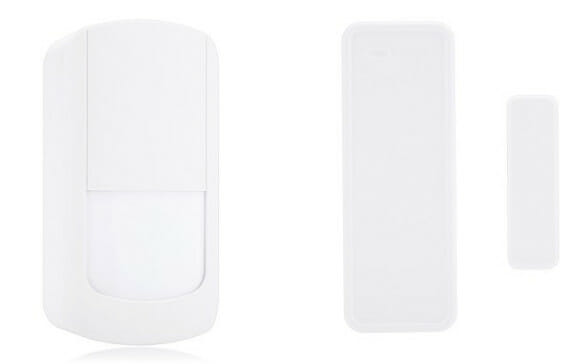 Karl here again for part 2 of my home automation project. We will be looking at how to automate your lights based on time of day and motion. In the first part we setup Home Assistant and uploaded firmware to basic Sonoff Wifi switches. Today we will setup a 433 MHz to MQTT bridge and some sensors. 433 MHz Depending on your country 433 MHz is an open frequency to use to communicate with. There are hundreds of different types of devices that use 433 MHz to communicate information. We will be focusing on 2 today from Gearbest: WMS07 motion sensor (left) and WDS07 door/window sensor (2 parts, right). I am not taking the door/window sensor apart, since it is super basic, but I’ve included some photos of the PIR motion detector. 433 MHz Bridge While contemplating how to get presence on a per room basis I ran across this […] 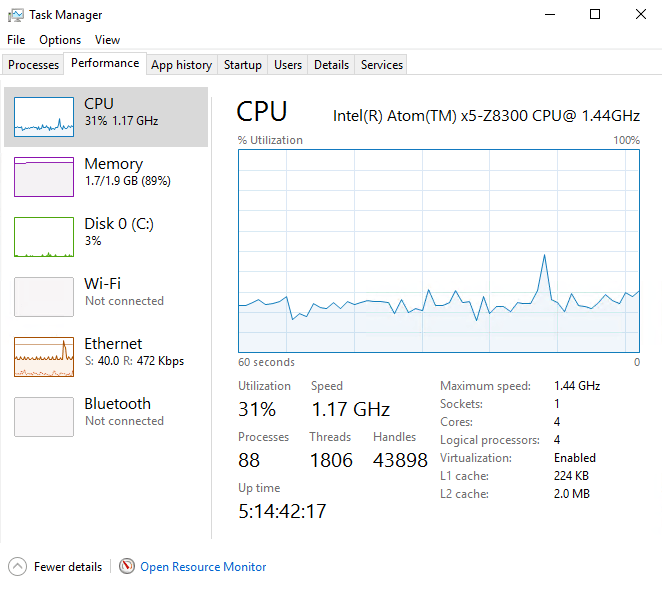 Karl here. I am here to write about my home automation project. First thing I want to say is that I am very cost conscious and I don’t mind putting in extra effort into the setup of things to keep costs down. I did invest a lot of time and had to do a lot of reading to get my project going. It took while and I received a lot of groans from my wife while testing. I am still in the process of tweaking things. I started watching a series of videos on YouTube from Bruh Automation. He introduced me to Home Assistant. It got me really excited. He uses a Raspberry Pi as a server but I already had a Wintel Pro CX-W8 Smart TV Box which I use as a server. I run 3 Minecraft Servers, Emby Server, iSpyConnect DVR (2 IP Cameras), Unifi wifi controller, and […]