LinuxCon (North America) 2013 will take place on September 16 – 18, 2013 in New Orleans, LA. The event will be co-located with several other conferences: the Linux Plumbers Conference, the Xen Project User Summit, the OpenDaylight Mini-Summit, the Gluster Workshop 2013, the UEFI Plugfest, the Linux Wireless Summit, the Linux Security Summit, and CloudOpen 2013. LinuxCon consists of 3 days of keynotes, and legal, operations, and developers related sessions as well as tutorials and workshops. There will be around 150 sessions and keynotes during those 3 days. I’ve gone through developer sessions and selected one for each time period. Monday, September 16 10:35 – 11:25 – UEFI and Linux by Kirk Bresniker, HP UEFI has become ubiquitous on the PC client systems and is coming up on servers and ARM-based systems, it is becoming the converged firmware infrastructure. UEFI Secure Boot feature has attracted a lot of attention from […]

Arnd Bergmann, Linaro (and IBM), explains how NAND flash access can be improved in Linux embedded systems at Embedded Linux Conference Europe 2011. Abstract: Mass storage in embedded systems typically means NAND flash in the form of eMMC, SDHC or similar technologies. Unlike server-class SSDs, these have few optimizations that help reduce write-amplification. This presentation explains the typical shortcomings in this design and how system builders and software developers together can avoid them, in order to get longer life and better performance out of low-end media. You can also download the presentation slides. Jean-Luc Aufranc (CNXSoft)Jean-Luc started CNX Software in 2010 as a part-time endeavor, before quitting his job as a software engineering manager, and starting to write daily news, and reviews full time later in 2011. www.cnx-software.com 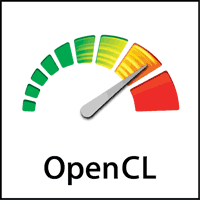 OpenCL (Open Computing Language) is a multi-vendor open standard for general-purpose parallel  programming of heterogeneous systems that include CPUs, GPUs and other processors. OpenCL provides a uniform programming environment for software developers to write efficient, portable code for highperformance compute servers, desktop computer systems and handheld devices. OpenCL standard is managed and defined by the Khronos Group. The latest version (OpenCL 1.1) was ratified by the Khronos Group on the 14th of June 2010 and adds significant functionality for enhanced parallel programming flexibility, functionality and performance including: Host-thread safety, enabling OpenCL commands to be enqueued from multiple host threads. Sub-buffer objects to distribute regions of a buffer across multiple OpenCL devices. User events to enable enqueued OpenCL commands to wait on external events. Event callbacks that can be used to enqueue new OpenCL commands based on event state changes in a non-blocking manner. 3-component vector data types. Global work-offset which […]