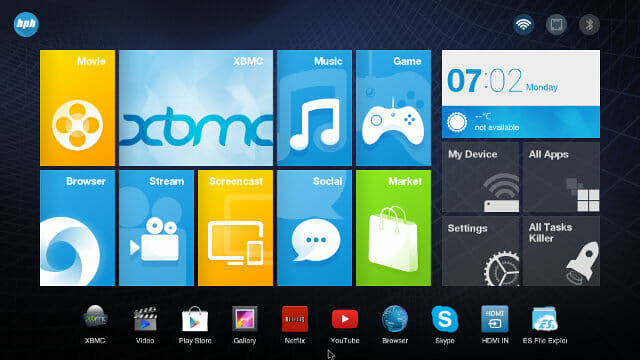 Last week-end, I finally received TP-Link TL-WDR7500 router (Chinese variant of Arched C7) router, so I could complete my review of Nagrace HPH NT-V6 including 802.11ac Wi-Fi. I’ve already listed the specifications, and taken a few pictures of the device and the board, and today I’ll focus on the test results. I’ll start by giving my first impressions, going through the user interface and settings, before testing video playback, as well as benchmarking networking, storage and overall system performance, playing some games, and testing most hardware features of this mini PC. First Boot, Settings and First Impressions A simple infrared remote control is provided with the device, and I’ve quickly tried it by inserting two AAA batteries, and it works fine, but for the rest of testing I switched to Mele F10 Deluxe air mouse to control the device, as it’s much more user friendly than any IR remote. Before […] 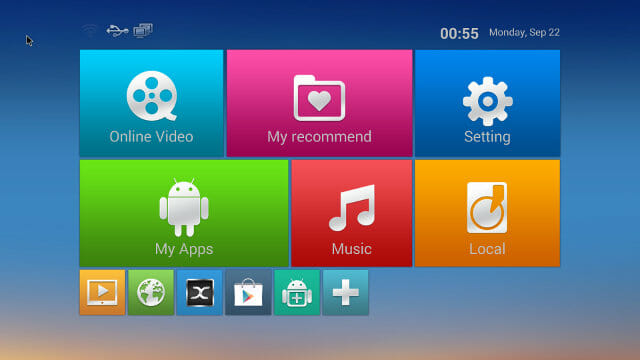 After taking a few pictures of Eny EM6Q-MXQ Android media player, it’s time for a full review. I’ll first give my first impressions and go through the user interface, test video playback, test the system, network, and storage performance, try a few games, and check various hardware ports are working as they are supposed to do. First Boot, Settings and First Impressions I’ve inserted two AAA batteries in the provided infrared remote control to check it’s working, and it’s usable in the main user interface and XBMC, but once you start using most Android apps it’s useless, so I quickly switched to  Mele F10 Deluxe air mouse. Before powering up the device, I’ve connected an HDMI cable, an Ethernet cable, and made with use of the 4 USB ports by connecting two RF dongles (Air mouse and gamepad), a USB hard drive, and a UVC USB webcam. The box lacks […] 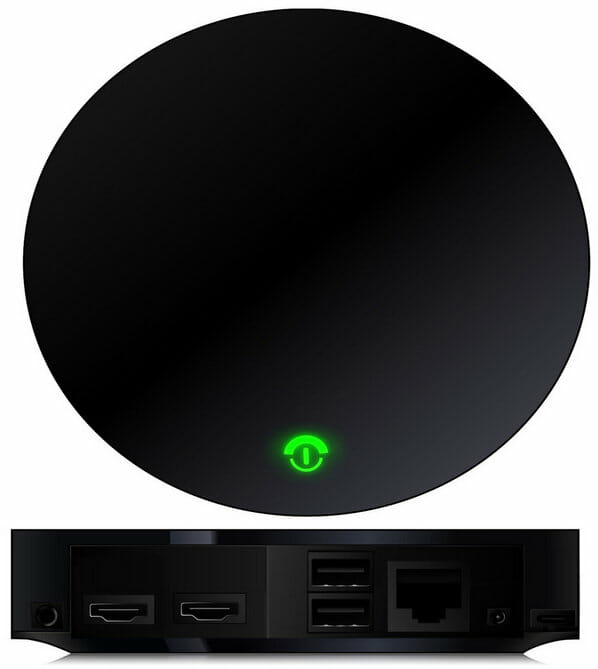 RTD1195 is only a dual core Cortex A9 A7 processor, but supports high speed interfaces like USB 3.0 and Gigabit Ethernet, as well as 4K/H.265 hardware decoding, and Realtek has a long history with set-top boxes, so video playback might be better than some other platforms, such as the ones based on Rockchip processors. Egreat and Mele are both working on Realtek RTD1195 based Android media players, but none of the models from these two companies are available yet. EC Tech has listed their EC-U6D Android TV box on Aliexpress for $59.99 including shipping, so it competes on price with Amlogic S805 TV boxes powered by a quad core Cortex A5 processor, with H.265 hardware decoding, but that only support Fast Ethernet (for now), 1080p video output and decoding, and USB 2.0. EC-U6D specifications: SoC – Realtek RTD1195 dual core ARM Cortex A9 A7 processor @ 1.4 GHz with Mali-400MP […] 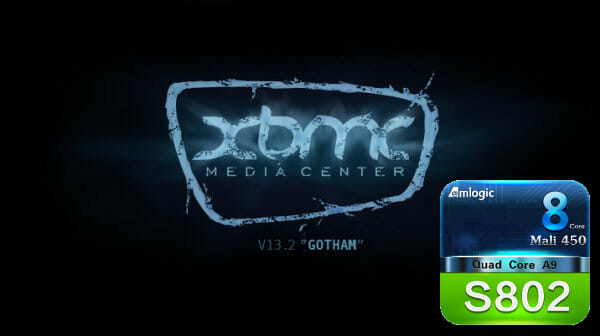 Based on comments on my M8 review post, many people have troubles with XBMC stability on this hardware, and the official XBMC 13.2 release can only be used on Android 4.2.2. But there’s hope, and maybe a solution to all these problems, as stane1983 has now released XBMC 13.2 for Amlogic S802 with backports from Kodi 14 alpha, that runs on Android 4.4.2. So if you have issues with XBMC in your Amlogic S802 Android TV box, you may want to download and install XBMC Gotham 13.2 (20140831_xbmcapp-stane.apk) from Stane1983’s download section. If you have an Amlogic device running Android 4.2.2, this won’t work due to differences with Amlogic’s libplayer header files, and you need to download and install mainline XBMC 13.2 instead. He’s also made all source available on his github account. Jean-Luc Aufranc (CNXSoft)Jean-Luc started CNX Software in 2010 as a part-time endeavor, before quitting his job as […] 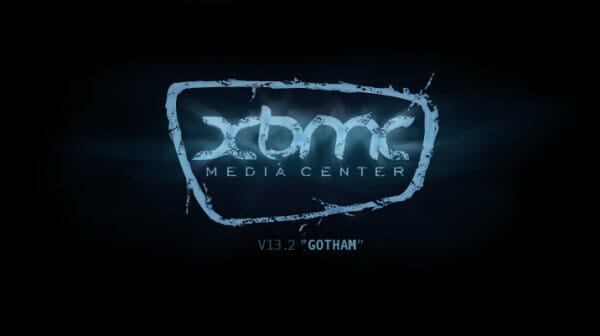 XBMC developers have just released XBMC 13.2, which could be one of the latest, if not the latest release, under the name XBMC, before Kodi 14 makes it debut. Since it’s only a minor release (13.x), there aren’t any new features, only bug fixes, and it should be safe to upgrade from older 13.x release on various supported operating systems and probably, except possibly in some Android TV boxes where you may have a custom version of Android specific to your hardware / SoC. List of changes against XBMC 13.1: Fix audio problems with pass-through on OSX Crash in Android if an app is favourite, then uninstalled from system. Fix crash in Android when entering programs menu in some skins Bitstream conversion fix for some BD mkv iso rips Fix labelcontrols with autowidth set were always marked as dirty (re-render) Update included PVR add-on Set “remote as keyboard” default to […] 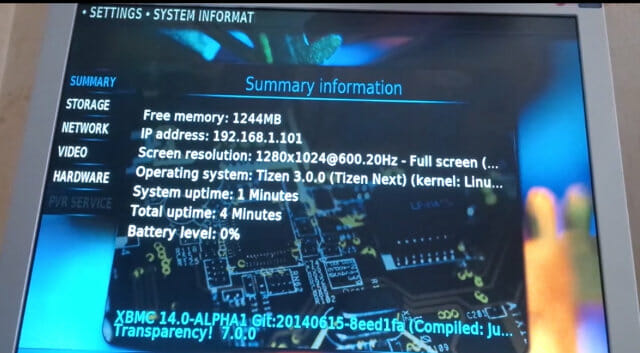 XBMC, soon to become Kodi with version 14, is now supported in Linux, Windows, Mac OS X, Android, and iOS. But Kodi 14 may soon support Tizen, as Phil C., a Tizen developer, ported the alpha version of Kodi 14 to Tizen 3.0, and showcased it on an Intel “Bay Trail” NUC powered by Intel Atom E3815 single core processor. Intel 3815 NUC is officially supported by Tizen and an image is available for download, so most of the work was to build Kodi 14 Alpha, install required packages, and configure some scripts. The video below shows XBMC/Kodi 14 UI running on Tizen 3.0, and a video played from YouTube, and after about 3 minutes, he explains how to modify the BIOS to have the system boot and work properly for the rest of the video. If you happen to own an Intel E3815 NUC, but it could also work […] 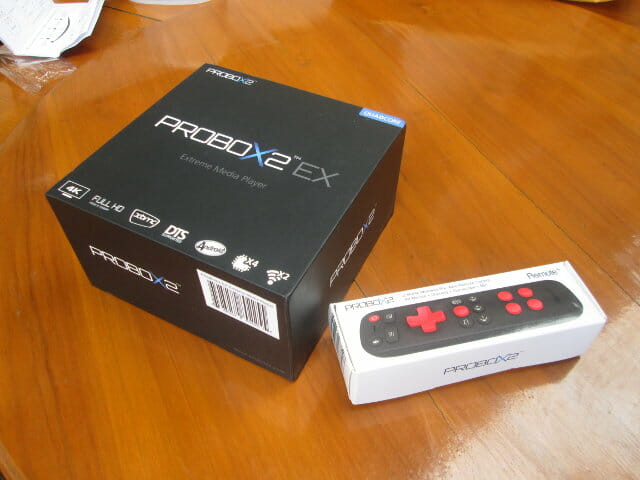 W2COMP sent me their Probox2 EX Android TV Box (click link for full specs) powered by Amlogic S802-H processor with DTS and Dolby hardware decoding, 2GB RAM, 16GB eMMC, and the usual USB ports, and wired and wireless connectivity. Probox2 EX is a direct competitor to MINIX NEO X8-H with similar features, and it also comes with an air mouse called Remote+ with gaming and voice control functions. Today, I’ll post some pictures, and videos about the device and its internal, following by a full review sometimes next week. Probox2 EX Unboxing I’ve received not one, but two boxes in the package I received via Fedex. The first package contains Probox2 EX Android media player, and the smaller one Probox2 Remote+ air mouse. The device comes with a few accessories including a 5V/2A power supply, HDMI and AV cables, an external Wi-Fi antenna, a micro USB to USB cable, an […]

XBMC 13, released a few months ago, is the first official release to support hardware video decoding on many ARM based Android devices. However, although both XBMC Android apks for ARM and x86 can be downloaded from xbmc.org, Team-XBMC have decided not to publish XBMC for Android on app stores such as Google Play, partially because video hardware decoding is not yet fully working on all popular Android SoC platforms and devices, but also because of the upcoming name change from XBMC to Kodi. Since the code is open source under GPLv2, anybody can build it, and somebody published XBMC on Android as a paid app, which would have been legal if they changed the name, but as they used XBMC trademark, it has been removed since then. Seeing this, Chris Browet (Koying), one of XBMC developer, decided to fork XBMC, apply some patches not yet approved in mainline XBMC, […]