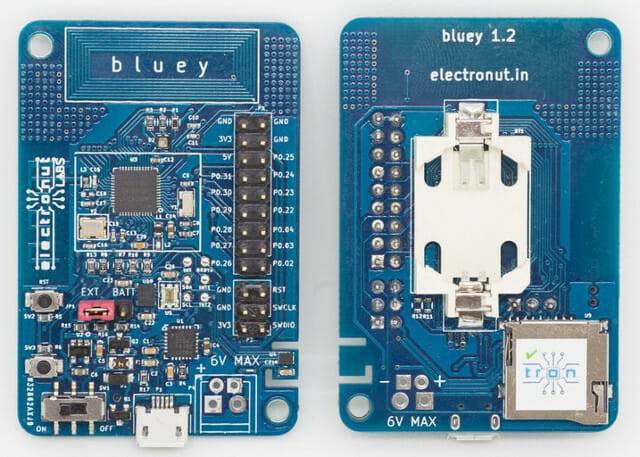 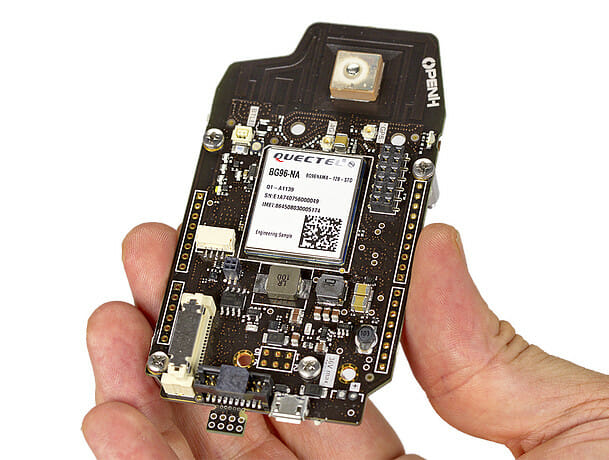 We’ve seen a bunch of IoT boards with 2G connectivity recently including Orange Pi 2G-IoT, Wio GPS, and Nadhat, but while in some countries 2G will still work for many years, those boards are already obsolete – or soon will be – in many other countries. However, finding low cost 3G / 4G  boards is more difficult, and while one solution is to use 3G or 4G USB dongles,  “OpenH – Open Hardware” – part of KLiP Industries – has designed two boards with 4G connectivity provided by Quectel modules. OpenH PULSAR Board PULSAR board is compatible with Arduino Zero and features the following specifications: MCU – Atmel/Microchip SAMD21 ARM Cortex M0+ MCU (the as the one used in Arduino Zero) Connectivity 4G LTE  Cat M1 modem with GPS (Quectel BG96-NA); No external antennas required Bluetooth and NFC Security – Dedicated management CPU with crypto engine Power Supply 10W digital power supply and battery charger with direct solar input FCC […] 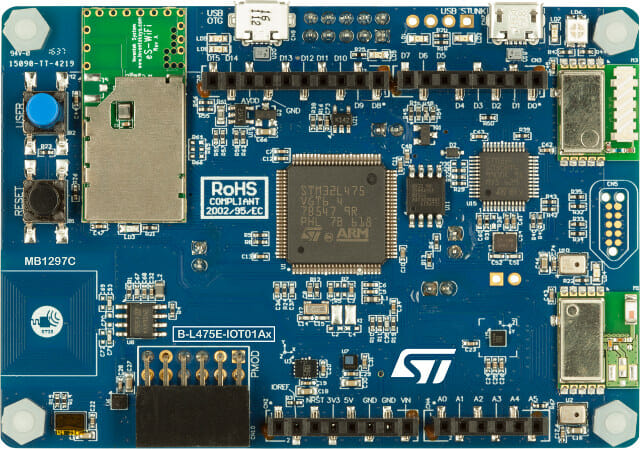 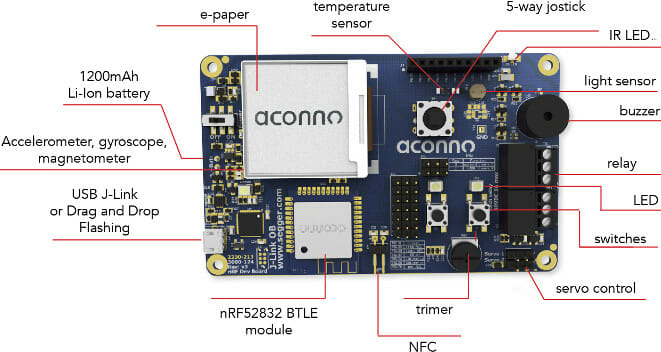 Bluetooth 5 is the latest iteration of Bluetooth with up to four times the speed and twice the range of Bluetooth 4.0 LE, and so far apart from Puck.js and Nordic Semi nRF52840 devkit, I had not seen many Bluetooth 5 IoT modules or boards. Aconno, a German startup, has designed ACD-52832 Bluetooth 4.0 / Thread / ANT+ IoT development board based on their own nRF52832 module, and equipped with some goodies like a black & white e-Paper display, a joystick, sensors, I/Os, etc… They’ve also launched an updated module with Bluetooth 5 using nFR52840 SoC. I don’t have the full details about the new module, but the nRF52832 module and devkit is interesting to look at, especially features should be similar. Aconno ACD-52832 board specifications: Wireless Module – ACN52832 based on Nordic Semi nRF52832 ARM Cortex-M4 @ 64 MHz SoC with Bluetooth Smart, ANT+, Thread, NFC, and 2.4 GHz […] 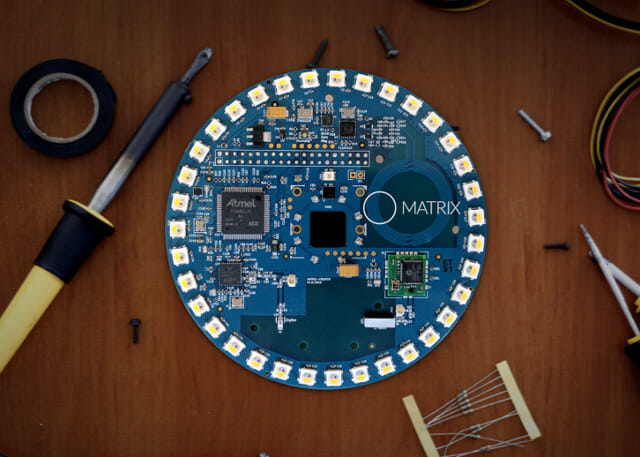 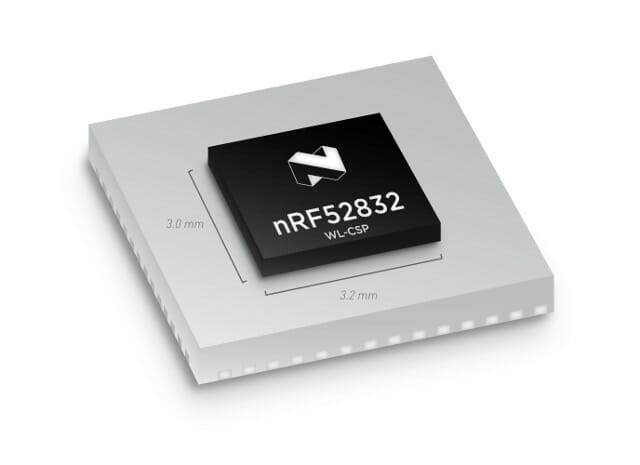 Nordic Semiconductor nRF52832 is a Bluetooth 4.2 LE SoC based on an ARM Cortex-M4F core that was first released about a year ago in a QFN48 package targeting IoT and Wearables. But if your application is really tight on space and the 6x6mm package is just too big, the company has just introduced a 3.0×3.2mm WL-CSP (Wafer Level Chip Scale Package ) package for nRF52832 decreasing the area to about one quarter of the QFN package The specifications are exactly the same as the QFN, but let’s see what we’ve got in that 9.6mm2 package: MCU Core – ARM Cortex-M4F @ 64 MHz with DSP & FPU,  512kB Flash and 64kB RAM 2.4 GHz radio for ANT, Bluetooth 4.2 LE, and Gazell connectivity; 5.5mA peak RX/TX currents; on-chip RF Balun On-chip NFC tag Peripherals – 3x Master/Slave SPI, 2x Two-wire interface (I²C), UART (RTS/CTS), 3x PWM, Digital microphone interface (PDM) Security […]