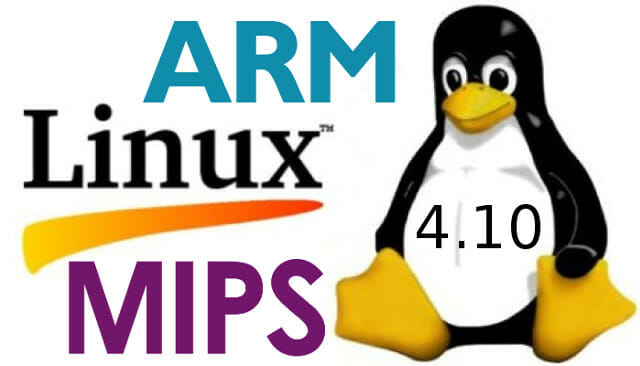 Linus Torvalds has just released Linux 4.10: So there it is, the final 4.10 release. It’s been quiet since rc8, but we did end up fixing several small issues, so the extra week was all good. On the whole, 4.10 didn’t end up as small as it initially looked. After the huge release that was 4.9, I expected things to be pretty quiet, but it ended up very much a fairly average release by modern kernel standards. So we have about 13,000 commits (not counting merges – that would be another 1200+ commits if you count those). The work is all over, obviously – the shortlog below is just the changes in the last week, since rc8. Go out and verify that it’s all good, and I’ll obviously start pulling stuff for 4.11 on Monday. Linus Linux 4.9 added Greybus staging support, improved security thanks to virtually mapped kernel stacks, […] 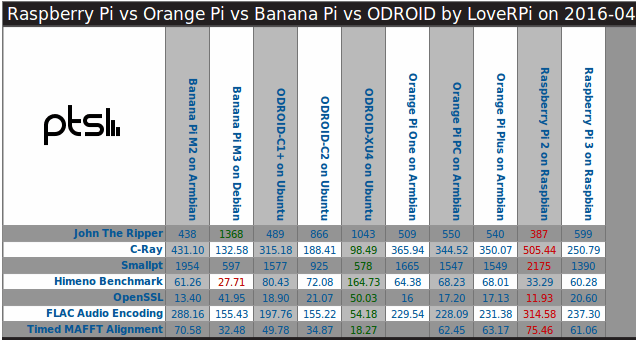 Linus Torvalds released Linux Kernel 4.5 on Sunday: So this is later on a Sunday than my usual schedule, because I just couldn’t make up my mind whether I should do another rc8 or not, and kept just waffling about it. In the end, I obviously decided not to,but it could have gone either way. We did have one nasty regression that got fixed yesterday, and the networking pull early in the week was larger than I would have wished for. But the block  layer should be all good now, and David went through all his networking commits an extra time just to make me feel comfy about it, so in the end I didn’t see any point to making the release cycle any longer than usual. And on the whole, everything here is pretty small. The diffstat looks a bit larger for an xfs fix, because that fix has […] 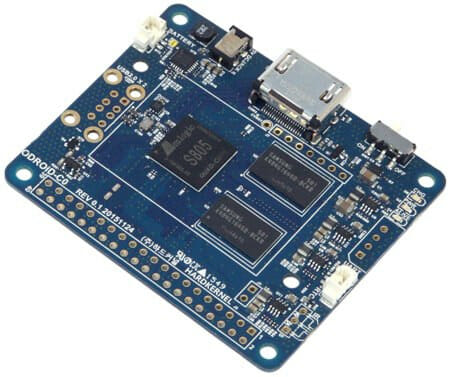 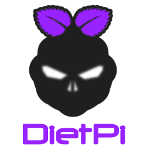 Raspberry Pi, Hardkernel ODROID, and Orange Pi are some of the most popular and cost effective development boards on the market today, and one British developer, going under Fourdee nickname, has released a lightweight distribution called DietPi working for all Rasbperry Pi boards, ODROID-C1(+), ODROID-XU3/XU4, and Orange Pi PC, with Orange Pi 2 and Orange Pi Plus support coming soon, as well as a VMWare virtual machine also available for evaluation. The compressed downloads are about 80 to 100MB depending on the target, the image that can be dump with dd or Win32DiskImager requires a 1GB or greater micro SD card as the image itself is about 500MB large, Internet access (Ethernet or Wifi), and optionally a USB Drive to allow installation on a USB drive for better performance, which of course does not apply if you have an eMMC module with your ODROID board. The image also contains some […] 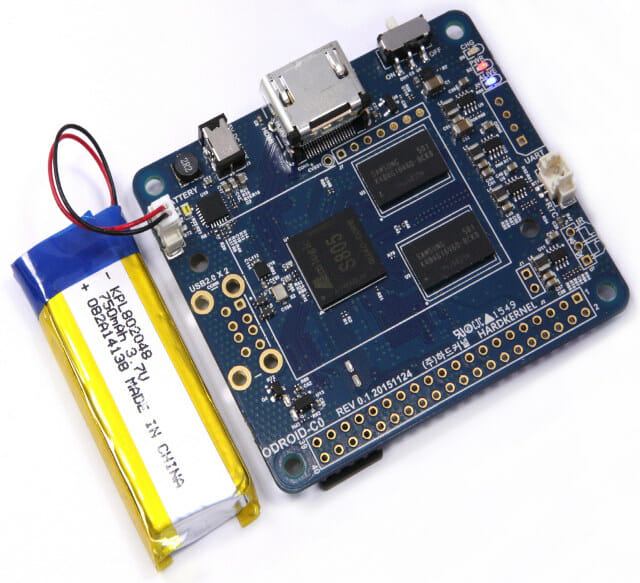 When Raspberry Pi Zero launched at the end of November, it looked somewhat familiar to Hardkernel ODROID-W board that eventually had to be phased out as Broadcom would not sell Broadcom BCM2835 to the Korean company. In an interesting turn of events, Hardkernel has now shown the first prototype of ODROID-C0 (ODROID-C Zero), a tiny board based on Amlogic S805 found in ODROID-C1+. The name of the board may seem to be derived from Raspberry Pi Zero, but it’s not quite the case as Hardkernel first revealed their plans for ODROID-C0 back in November, a week before R-Pi Zero board was unveiled. ODROID-C0 will have similar specifications to ODROID-C1+ minus Ethernet, and the USB ports in order to reduce the PCB size: SoC – Amlogic S805 quad core Cortex-A5 processor with a Mali-450MP2 GPU System Memory – 1GB DDR3 Storage – eMMC module socket, and micro SD slot Video & […] 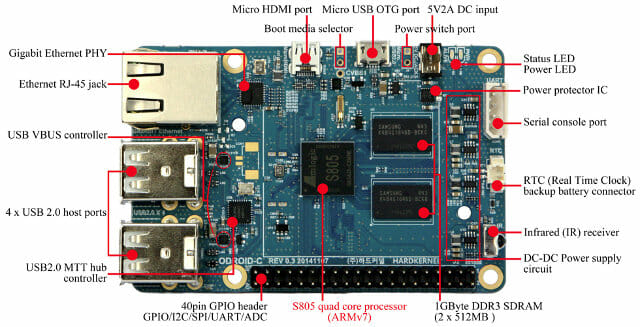 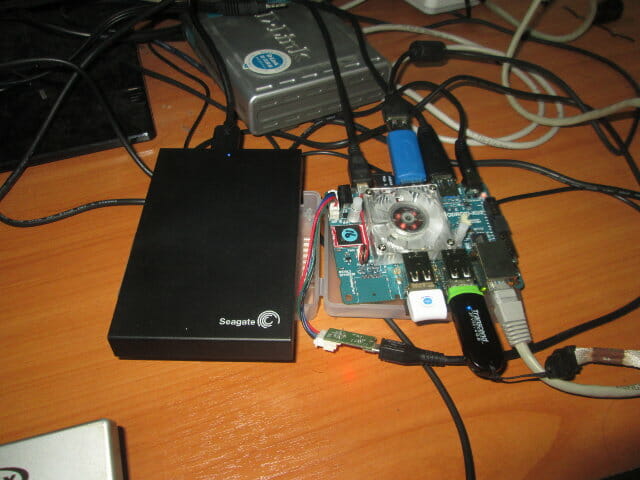 It’s been nearly ten days since I make ODROID-XU3 Lite unboxing, and my plans to first test Linux on the board were thwarted due a problem with HDMI. Luckily, after several attempts I managed to boot the board with Android. So today, I’ll show how to install or update Android on the board, and run a few benchmarks. But since there’s always a silver lining, I’ll start buy writing a bit about the HDMI issue, as I learned a few things on the way. HDMI Output Tribulations ODROID-XU3 Lite looks like a nice and powerful kit, and it may be one of the most cost effective ARM board on the market since it comes to performance to price ratio, so I was excited to try it, but as you know if you’ve read my unboxing post I did not work quite as planned, as all I got was a black […]