Linaro has just released version 12.04 based on Linux Kernel 3.4-rc3 and Android 4.0.4_r1.1. This release already provides Ubuntu 12.04 LTS images for Pandaboard, Snowball, Origen and Versatile Express, and all community builds (nano, ALIP…) are based on Ubuntu Precise Pangolin as well. This should provide significant performance boosted compared to Ubuntu 11.10 thanks to hard-float support and other optimization (See Phoronix Benchmarks). A lot of work since to have gone into big.LITTLE implementation, HTML5 is now supported in Firefox, and it seems Linaro is still working on ARMv6 as they provided VP8 optimizations and improved the toolchain for this architecture. Here are the highlights of the release: Android Finished Snowball Multimedia enablement. Updated all builds to AOSP ICS 4.0.4_r1.1. Switched all builds to 4.7. Updated base toolchain components MPFR and GMP. Ported htop to Android. Ported stressapptest to Android for big.LITTLE Testing. Implemented and ran weekly big.LITTLE tests. Integrated […] 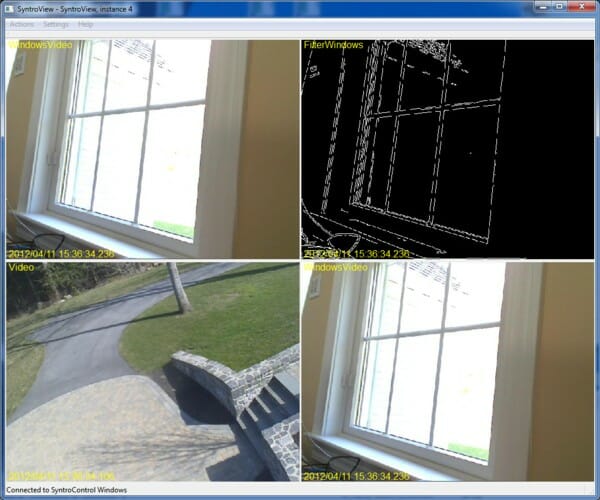 Pansenti has announced the first release of Syntro (version 0.5.0), a cross-platform framework for creating distributed sensor networks. Syntro is an open source C++ library and a set of applications based on Qt 4.7. The source code is released under the GPL license. Syntro has been developed on the following platforms: Linux Fedora 16 Ubuntu >= 10.10 Mac OS 10.7 Windows 7 Syntro can run on x86 targets as well as ARM based Pandabord, Beagleboard and Beaglebone development boards (Ubuntu only). Syntro is based on the following “SyntroCore” applications: SyntroExec – Start up and management of Syntro apps. SyntroControl – Message switching and multicast distribution. SyntroStore – Multicast stream capture. SyntroCFS – Cloud file storage. SyntroReplay – Multicast stream generation. SyntroLog – Network-wide logging. Some demo applications using one or more webcams and the OpenCV library are also available: SyntroCamera – Capture a stream from a video device (such as […]

Linaro has just released version 12.03 based on Linux Kernel 3.3-rc3 and Android 4.0.3. Among the key points, hardware video decode in now supported in Origen (Android),  Android runs in A15/A7 platforms, libav AAC optimization provides about 2x performance improvement and QEMU supports Samsung Exynos 4240 and Calxeda Highbank (work done upstream). Here are the highlights of the release: Android Linaro Android has support for DS-5 version 5.9. Hardware accelerated Multimedia is now integrated on Origen. EEMBC, denbench and coremark have been ported to Android and are running in LAVA. android.net ConnectivityManager unit tests have been built and integrated in all builds. Hardware decode of H264 and MPEG4, 1080P and 30 FPS is enabled on Origen. Origen now has 1080p HDMI Graphics and Video Support. Android runs on A15, A7 and A15/A7 fast models. ARM’s big.LITTLE has been tested running Android using a set of unit tests. Kernels of prebuilt […]

Yesterday I installed Ubuntu 12.04 ‘Precise’ Beta 1 in Virtual Box to give it a try (I could not manage to have HUD working btw), and today, I’ve noticed an article entitled “Ubuntu 12.04 ‘precise’ and cross compilation of ARM kernels” explaining how to build Linaro ARM kernel in Ubuntu 12.04. So I’ve decided to give it a try, especially it seems straightforward. I followed the instructions in the aforementioned link,  it basically worked except I had to install dpkg-dev package that also installed the build essentials (gcc, g++, etc…) and use sudo for some commands. You’ll notice the name change for the ARM gcc toolchain as it now uses hard-float by default which seems to provide quite a boost in performance for the Pandaboard. Here are the steps I followed: Install the ARM GCC cross compiler and the development package of dpkg:

Linaro has just released version 12.02 based on Linux Kernel 3.3-rc and Android 4.0.3. Among the key points, they have started to work on Freescale i.MX6 SabreLite board, included libav 0.8 to Ubuntu images which provides up to 160% performance improvement while playing real-media videos and XBMC is available via PPA. Here are the highlights of the release: Android Linaro Android can now be built with current GCC 4.7 snapshots. A 4.7 based toolchain build preview is also available. Linaro Android can boot on iMX6 Sabrelite boards. All test result spreadsheets have been streamlined and are now easier to use. Bluetooth enablement have been completed for the Origen board. A Prototype of using camera on Snowball was made. Presentations Given by Linaro Android Team this cycle “Binary Blobs Attack!!!” – Embedded Linux Conference. “What Android and Embedded Linux can learn from each other” – Embedded Linux Conference. “Integrating Projects Using […] 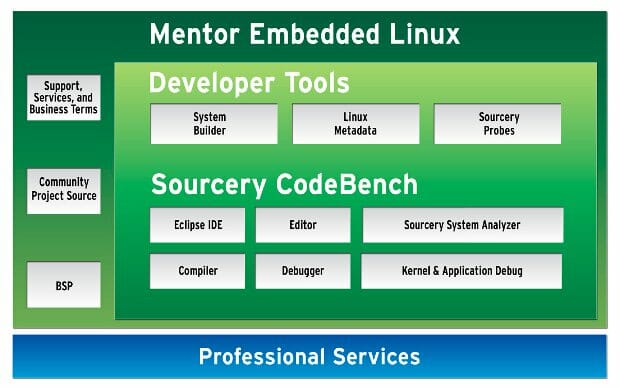 Hardware and software development is going full-steam ahead for ARM servers.  After Calxeda and AppliedMicro server SoCs – based respectively on Cortex A9 and ARMv8 architecture – have been announced and Ubuntu focusing further ARM development on Servers (Calxeda, Marvell and ARMv8), Oracle has released the Java SE server compiler – a throughput optimizing JIT compiler –  for ARMv7. The ARMv7 server compiler is part of Java SE for Embedded 7 Update 2. First, some quick explanations on the 2 JIT compilers available for Java SE: Client: The client compiler is a fast start-up, lightly optimizing compiler. It’s better suited for smaller footprint systems and those running applications that require fast start-up such as Android applications. Server:  The server compiler is optimizing code for throughput and produces highly-optimized code but incurs a start-up cost in achieving that. The server compiler only works on ARMv7 processors with hardfloat (VFPv3 FPU), and  initial […]

Linaro has just released version 12.01 based on Linux Kernel 3.2 and Android ICS upgraded to 4.0.3.  A lot of work has been done to have video hardware decoding on OMAP 4 (in GStreamer) enabling Pandaboard to run Ubuntu TV and XBMC with Video HW acceleration. Prebuilt binaries for Linaro GCC and Linaro GDBare now available which means you don’t need to use Ubuntu with Linaro Toolchain. It has been tested with Debian 6.0.2, Fedora 16, openSUSE 12.1 and Red Hat Enterprise Linux Workstation 5.7 and should run on any Linux Standard Base 3.0 compatible distribution. Windows binaries are also available and known to work on Windows XP Pro SP3, Windows Vista Business SP2 and Windows 7 Pro SP1. Here are the highlights of the release: Android Linaro’s ICS has been upgraded to 4.0.3. Linaro Android ICS builds are now optimized using -O3 with the Linaro Toolchain. Click through builds […]