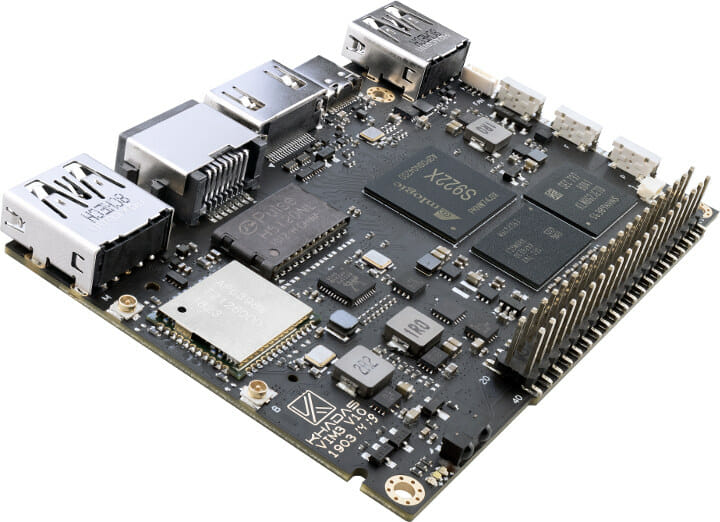 Ever since the Amlogic S922X powered ODROID-N2 SBC launched last March, I keep reading praise for the processor and board which both deliver great performance at a relatively low price. Hardkernel was the only company that sold such a board so far, but this is about to change with some competition coming from Shenzhen Wesion with their upcoming Khadas VIM3 board that includes 2 to 4GB RAM, 16 to 32GB eMMC flash storage, a wireless module, support for M.2 NVMe SSD, and more. Even though more are planned in the future, two Khadas VIM3 models have been announced so far – Basic and Pro – with the following preliminary specifications: SoC – Amlogic S922X hexa-core processor with 4x Arm Cortex-A73 and 2x Cortex A53 cores, Arm Mali-G52 MP4 GPU, built-in Cortex-M4 core for “always-on” processing MCU – STMicro STM8S003 with Programmable EEPROM for power management, customizations, and boot media configuration […] 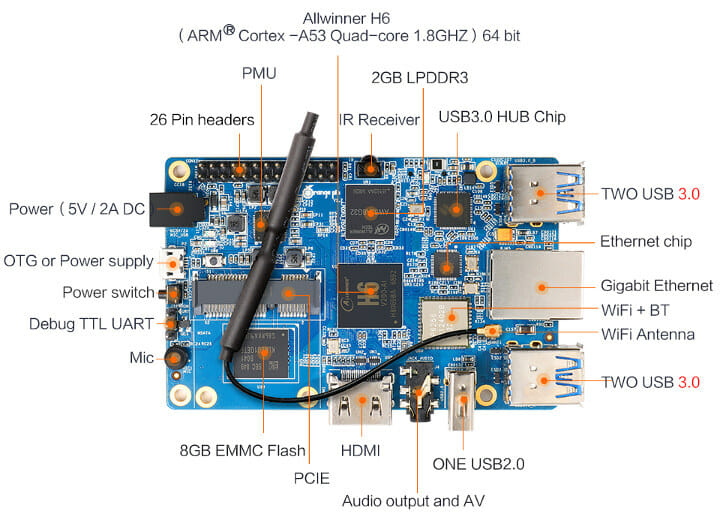 When Shenzhen Xunlong Software launched their first Allwinner H6 development board, Orange Pi One Plus, many were disappointed as the board did not make use of some of the key features of H6 processor like USB 3.0 or PCIe, and RAM was limited to 1GB. A couple of weeks later, the company introduced Orange Pi Lite2 board with 802.11ac WiFi, a USB 3.0 port, HDMI 2.0a output, but no Gigabit Ethernet, nor PCIe interface, and again only 1 GB LPDDR3 memory. The good news is we now get a full-featured Allwinner H6 SBC thanks to Orange Pi 3 equipped with up to 2GB RAM, an optional 8GB eMMC flash, Gigabit Ethernet, 802.11ac WiFi 5, four USB 3.0 ports, HDMI 2.0a, a mPCIe slot, and more. There are four variants of the Orange Pi 3 board with either 1 or 2 GB RAM, with or without eMMC flash that share the […] 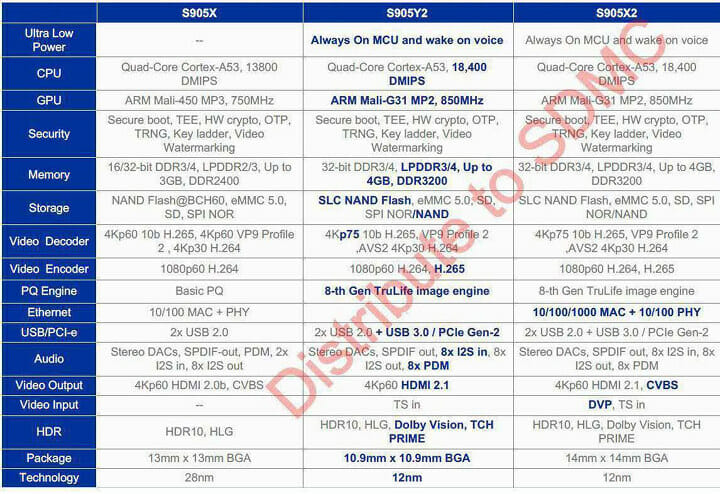 We’ve known the main features of Amlogic S905Y2 and S905X2 processors namely an upgrade to an Arm Mali-G31MP2 GPU with OpenGLES 3.1, and support for USB 3. since last month, and TV boxes launched earlier this month with products such as Beelink GT1 Mini or A95X Plus. But we were still missing some parameters like the manufacturing process, max CPU and GPU frequencies, and so on. We now have all this information and some more thanks to an S905X/S905X2/S905Y2 comparison table released by SDMC a few days ago, and likely coming from Amlogic themselves. There actually more differences than I expected. Going from top to bottom in the comparison table above, the new processors feature an ultra-low power MCU core to be used for wake-word detection, and possibly other features. We did not get CPU frequency numbers per se, but since Amlogic released DMIPS values and Cortex A53 core scores […] 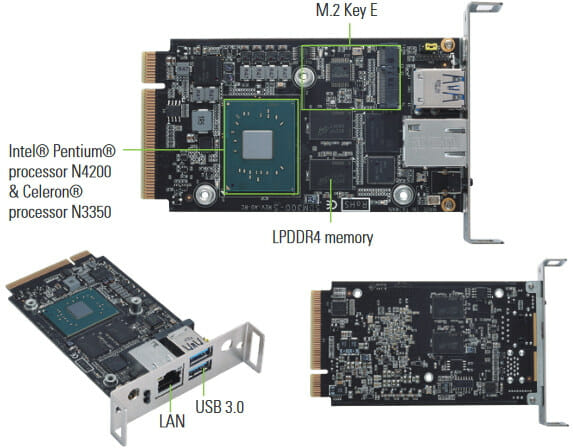 Way back in 2010, Intel introduced the Open Pluggable Specification (OPS) defining mechanical and electrical parameters for players to be integrated into digital signage displays, with the goal of providing an easier upgrade path. Even if it was defined by Intel we’ve seem some Arm based OPS digital players such as the ones offered by ZidooLab. If you’ve checked out the latter link, you’ll know OPS players normally come with a case, and measure 180 x 119 x 30mm to comply with the specifications.  But it turns out Intel also introduced a more compact card format for digital signage / displays with Intel SDM (Smart Display Module) available as SDM-S (Small: 60 mm x 100 mm x ~20 mm; up to ~10W TDP) or SDM-L (Large: 175 mm x 100 mm x ~20 mm; up to ~45W TDP) Axiomtek made one of those module with their SDM300S SDM-S module equipped with […] 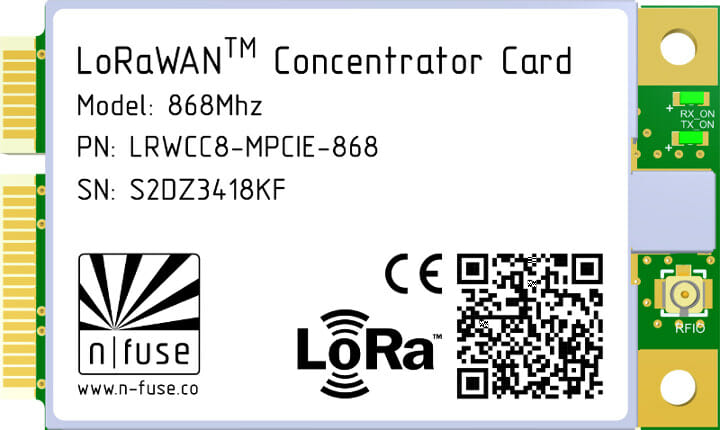 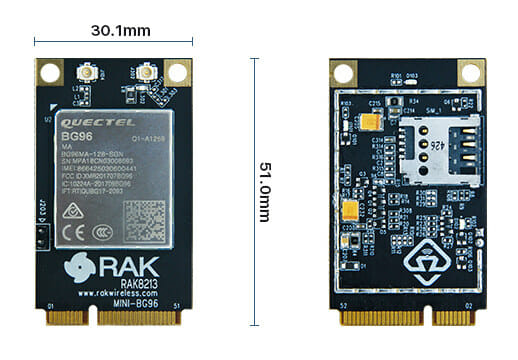 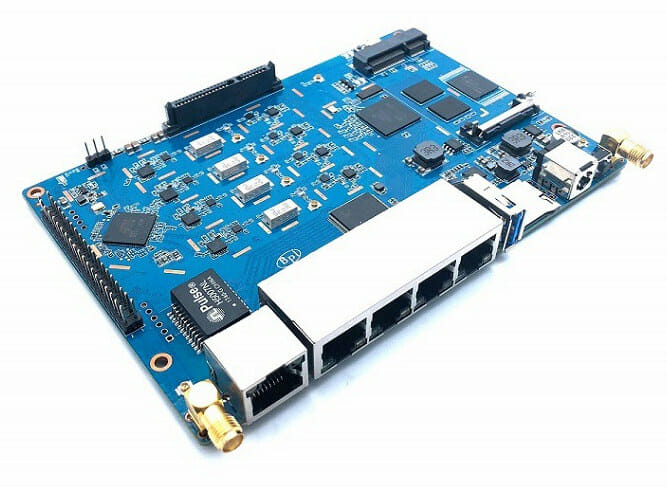 SinoVoIP launched several Banana Pi router boards in the past starting with Allwinner A20 based Banana Pi BPI-R1 in 2014, and followed by Banana Pi BPI-R2 board powered by a Mediatek MT7623 processor last year. Such boards normally include multiple Gigabit Ethernet ports, as well as at least one SATA connector, and in some cases an mPCIe connector for WiFi or LTE cards. THe company also launched Banana Pi BPI-W2 board a few months ago, but that model is more geared towards multimedia router use cases. The company has now unveiled Banana Pi BPI-R64 router board based on Mediatek MT7622 dual core Arm Cortex-A53 processor, five Gigabit Ethernet port, on-board 802.11ac WiFi, one “laptop” SATA port, as well as an optional PoE (Power-over-Ethernet) add-on board.Banana PI RPI-R64 board specifications provided by the company – which has not always shown to be accurate -: SoC – MediaTek MT7622 dual-core Arm Cortex-A53 […] 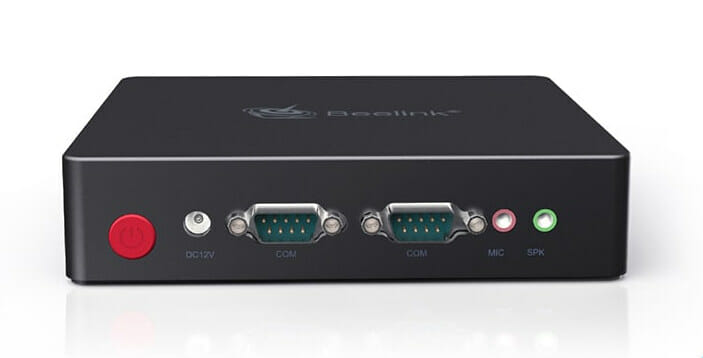