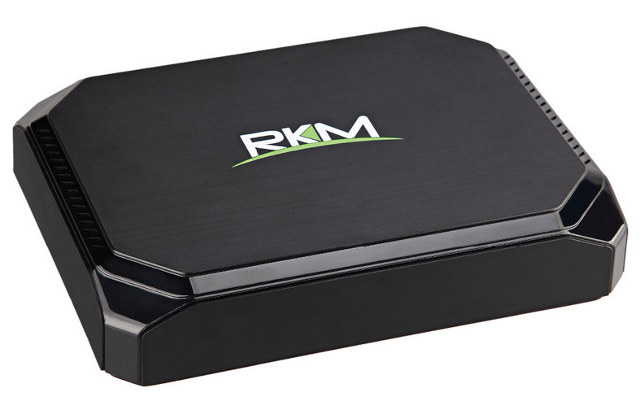 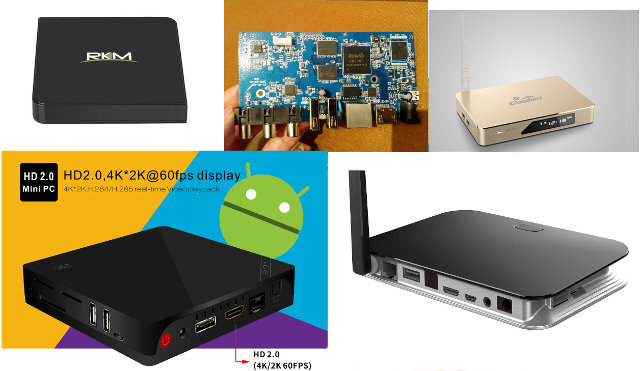 Last year, Rockchip RK3288 was always going to be popular, since it offered a massive performance upgrade compared to its predecessor (Rockchip RK3188) with Cortex A17 cores replacing Cortex A9 cores, and a Mali-T764 GPU replacing an aging Mali-400MP4 GPU, plus the addition of 4K video output and decoding, as well as H.265 video codec support. So many manufacturers got involved that I decided to write a list of RK3288 TV boxes and sticks. Rockchip RK3368, the company’s new “flagship” processor for 2015, is a bit less exciting despite providing eight 64-bit ARM cores, since Cortex A53 cores are significantly less powerful than the Cortex A17 cores found in RK3288, and the performance of the PowerVR G6110 GPU used in the processor is a bit of an unknown for now. RK3368 might still rank pretty well in benchmark since it comes with eight cores instead of four cores, but I’m not convinced it will really show during normal use, although […] 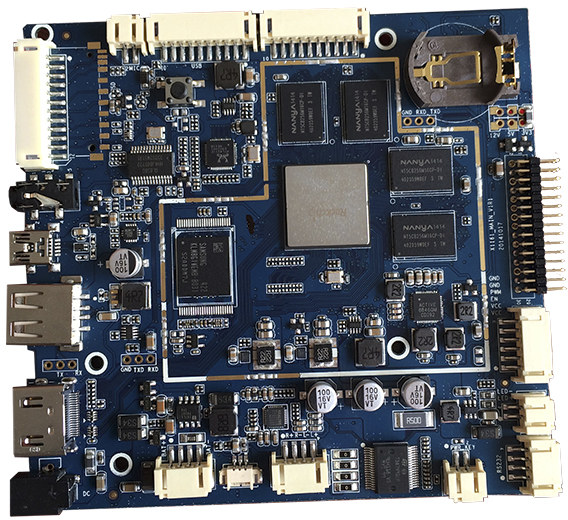 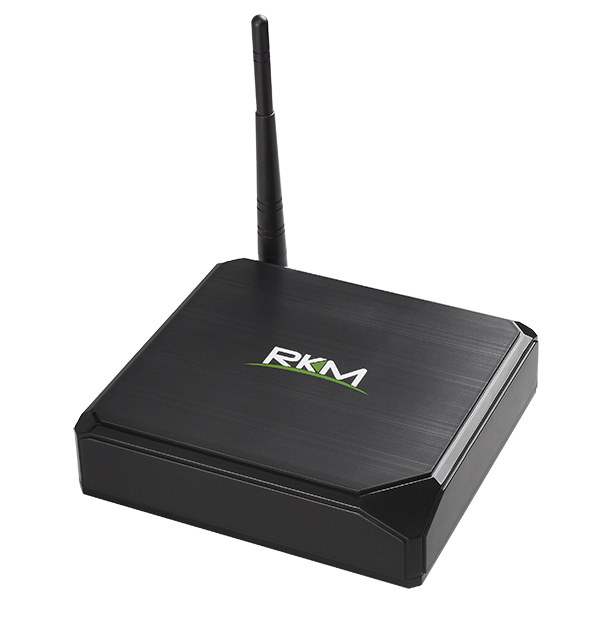 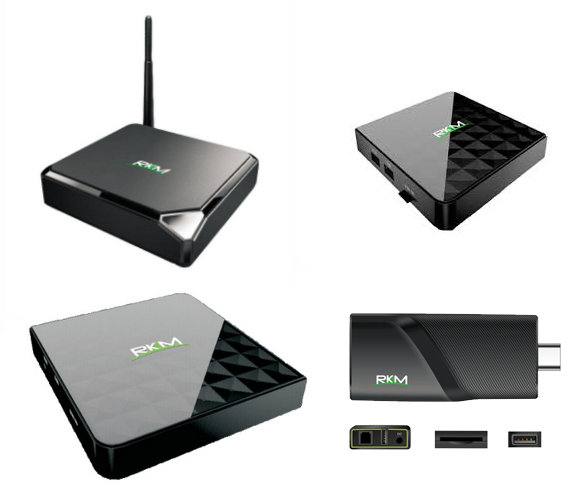 Rikomagic unveiled their MK80, MK12 and MK05 Android media players a few week ago, and somehow I missed (or ignored) their Rikomagic V5 TV stick, which looks very similar to Jesurun T034 / MK802 V powered with Rockchip RK3288 processor, and features an Ethernet port, but differs as full-sized USB ports are used instead of mix of micro and full-sized USB ports. All four devices, even five with MK80 Plus, are now available on Rikomagic’s Aliexpress store. MK80 and MK80 Plus are Android mini PCs powered by Allwinner A80 SoC, and are probably using the same Sunchip board as Tronsmart Draco AW80 Meta and Telos, The standard version comes with 2GB RAM, 16GB eMMC, and the “Plus” version with 4GB RAM, and 32GB eMMC, and can be purchased respectively for $155.90 and $199.99 including shipping. MK12 is based on the new Amlogic S812 processor which adds HEVC/H.265 hardware video decoding up to 4K UHD resolution, and Gigabit Ethernet support compared […] 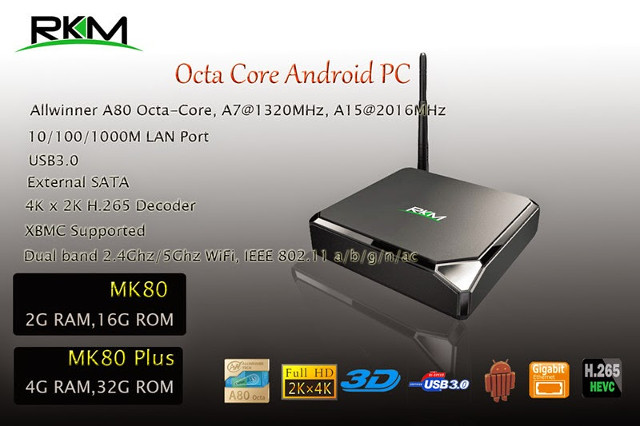 There’s a three processors fight right now in the Android mini PC market with Rockchip RK3288, Allwinner A80, and Amlogic S802/S812 SoCs. All have their own strength and weaknesses, and have about the same performance, but so far I like Rockchip RK3288 for 3D gaming, Amlogic S802 and S812 for video playback, and Allwinner A80 for its possibly better potential to run Linux desktop distributions (TBC). Rikomagic have already been selling Rikomagic MK902 II powered by Rockchip RK3288 processor for a little while, and they’ve now announced two new upcoming products: MK80 with Allwinnert A80, and MK12 with Amlogic S812. Rikomagic MK80 and MK80 Plus Preliminary and probably incomplete product specifications: SoC – AllWinner Ultra Core A80 4x Cortex 15 @ 2016 MHz, 4x Cortex A7  @ 1320 MHz big.LITTLE processor with Imagination Technologies PowerVR GC6230 GPU with support for OpenGL ES 1.1/2.0/3.0, Directx 9.3 System Memory – 2GB (MK80), or 4GB (MK80 Plus) RAM Storage – 16 GB (MK80) […] 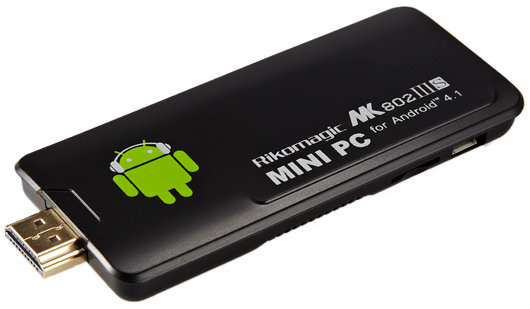 Yet again, sellers are trying to get rid off their old stock, and today Rikomagic MK02 IIIS HDMI TV Stick powered by Rockchip RK3066 sells for $14.40 on Aliexpress for the next four hours, but if you miss it, you can also buy from another seller for $17.99. Both prices include worldwide shipping, and the sellers have good feedback. MK802 IIIS specifications: SoC – Rockchip RK3066 dual core Cortex A9 @ 1.6Ghz + Mali-400MP4 GPU System Memory – 1GB RAM Storage – 8 GB NAND flash + micro SD slot (up to 32GB) Connectivity – Wi-Fi 802.11 b/g/n + Bluetooth 3.0 Video Output – HDMI (male) USB – 1x USB Host 2.0, 2x micro USB for power and OTG port The package includes the mini PC, a USB cable for power, an OTG adapter, a short male to female HDMI cable, and user’s manual. It’s said to run running Android 4.1.1, but it could actually be Android 4.2, and Rikomagic […] 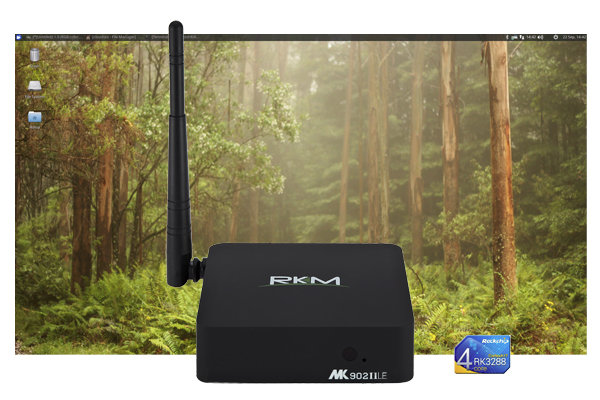