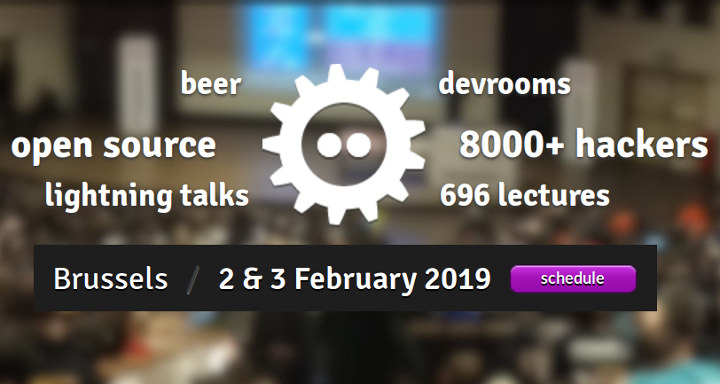 FOSDEM – which stands for Free and Open Source Software Developers’ European Meeting – is a free-to-participate event where developers meet on the first week-end of February to discuss open source software & hardware projects. FOSDEM 2019 will take place on February 2 & 3, and the schedule has already been published with 671 speakers scheduled to speak in 711 events themselves sorted in 62 tracks. Like every year, I’ll create a virtual schedule based on some of the sessions most relevant to this blog in tracks such as  open hardware, open media, RISC-V, and hardware enablement tracks. February 2 10:30 – 10:55 – VkRunner: a Vulkan shader test tool by Neil Roberts A presentation of VkRunner which is a tool to help test the compiler in your Vulkan driver using simple high-level scripts. Perhaps the largest part of developing a modern graphics driver revolves around getting the compiler to generate the correct code. In order to achieve this, extensive […]

Sutajio Ko-usagi launched Tomu, a tiny open source hardware USB board that fits inside a USB port at the very beginning of this year. The company is back with a similarly shaped board, but instead of featuring a Silicon Labs EFM32 Arm Cortex-M0+ microcontroller, Fomu is equipped with a Lattice ICE40 UltraPlus FPGA. Fomu specifications: FPGA – Lattice ICE40UP5K FPGA with 5280 logic cells System Memory – 128 kB RAM for a soft CPU Storage – 1 or 2 MB SPI flash Clock – 48 MHz crystal oscillator USB – 1x USB 2.0 FS (12 Mbps) port Misc – 4x buttons, 1x RGB LED The default Fomu firmware exposes a USB bootloader running a RISC-V softcore, and the platform is powerful enough to run a port of Python. It’s also possible to experiment with LM32 and OpenRISC softcores on the platform. Using the board is pretty straightforward as just you need to insert it into one of the port of […] 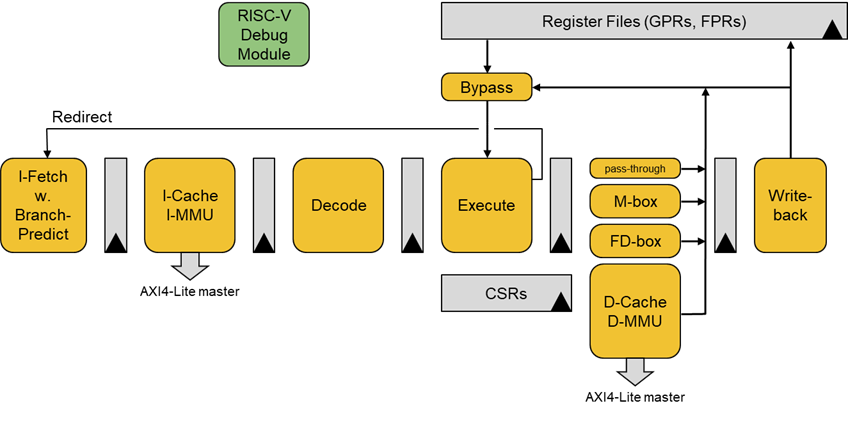 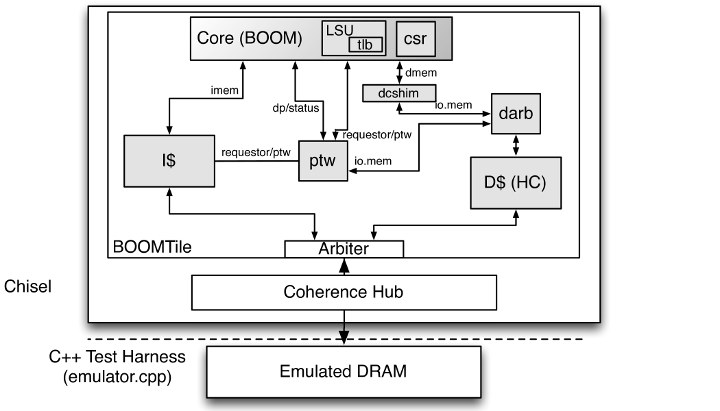 The Berkeley Out-of-Order Machine (BOOM) is an open source RV64G RISC-V core written in the Chisel hardware construction language, and mainly ASIC optimized. However, it is also usable on FPGAs, and developers support the FireSim flow to run BOOM at over 90 MHz on Xilinx Ultrascale+ FPGAs found in Amazon EC2 F1 instances. The BOOM core was created at the University of California, Berkeley in the Berkeley Architecture Research group, in order to create a high performance, synthesizable, and parameterizable core for architecture research. Key features of BOOM core: ISA – RISC-V (RV64G) Synthesizable FPGA support Parameterized Floating Point (IEEE 754-2008) Atomic Memory Op Support Caches & Virtual Memory Boots Linux Privileged Arch v1.11 External Debug BOOM is said to be inspired by the MIPS R10k and the Alpha 21264 out–of–order processors, based on a unified physical register file design (aka as “explicit register renaming”). The source code for the core can be found on Github, and documentation here, which […] 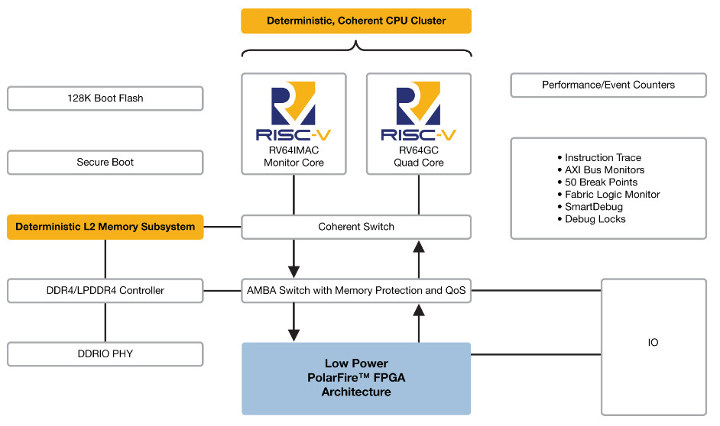 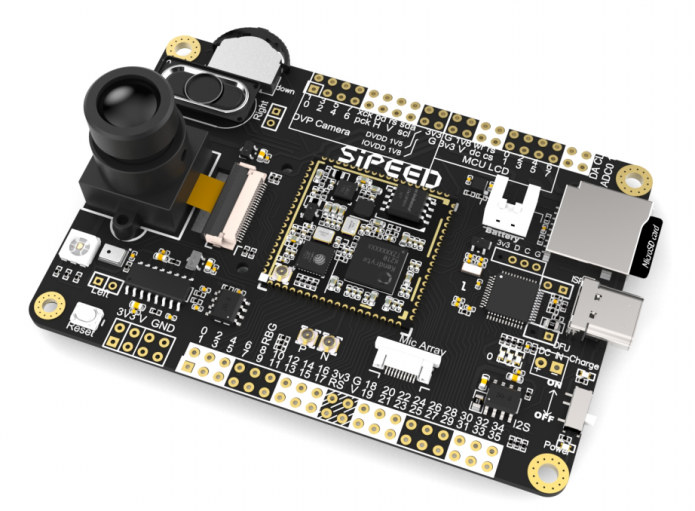 Sipeed M1 (aka MAIX-I)is a compact module based on Kendryte K210 dual core RISC-V processor designed for low power artificial intelligence workloads at the edge, such as face detection, object recognition, or audio processing. The module and some development boards are available on Taobao for the Chinese market, as well as YOYCart for the rest of the world, but the company has now launched several MAIX boards based on M1 module through an Indiegogo campaign with price starting at just $5 a piece. Sipeed MAIX Bit (aka MAIX Micro) is the cheapest one at $5 (early bird) / $6 with the following specifications: SoC – Kendryte K210 dual core 64-bit RISC-V processor @ 400 MHz (overclockable up to 800 MHz) with KPU CNN hardware accelerator APU audio hardware accelerator with support for up to 8 mics, up to 192 KHz sample rate FPIOA (Field Programmable IO Array) mapping 255 functions to all 48 GPIOs on the chip. 8 MB general purpose […] 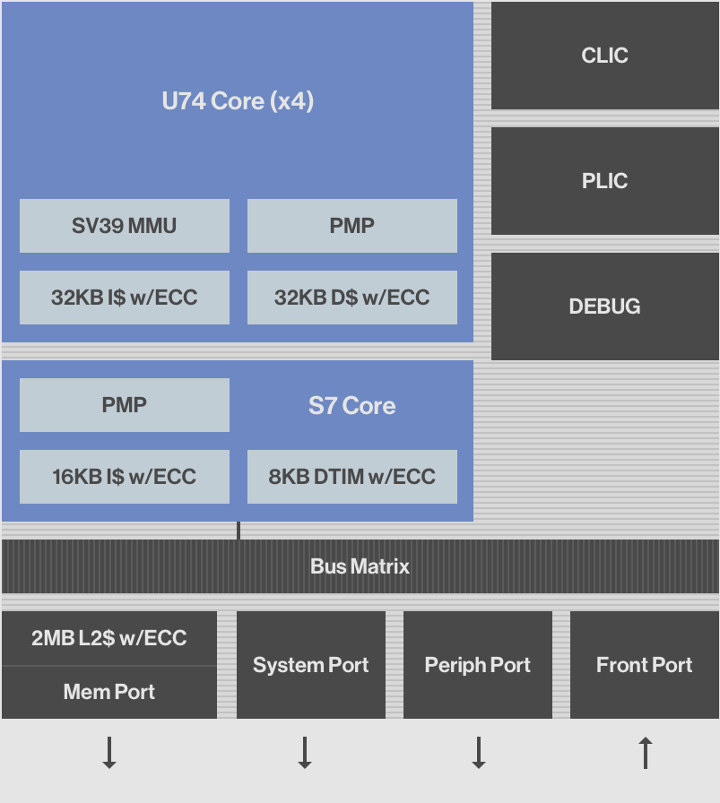 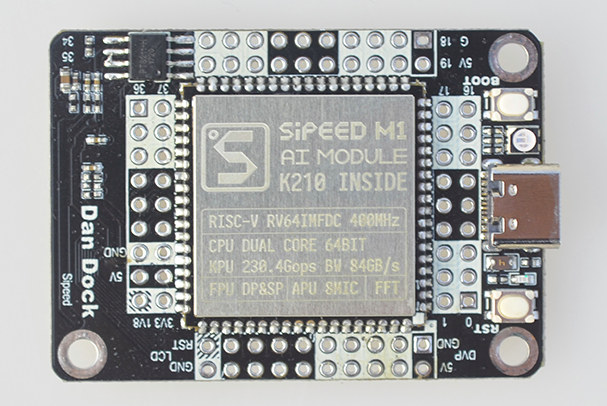 Just a few days ago, I wrote about Kendryte KD233 board featuring Kendryte K210 dual core RISC-V processor, with some fairly detailed documentation, public links to toolchains and other tools. and going for $50. But the team behind LicheePi boards informed me that they also made their own K210 module called Sipeed M1 and selling on Taobao for the Chinese market, as well as on Yoycart for $10.89 plus shipping for the oversea market, and you’ll find a devkit with a dock board for about $24 and up depending on options. Sipeed M1 module specifications: SoC – Kendryte K210 dual core 64-bit RISC-V processor @ 400 MHz with KPU CNN hardware accelerator, APU audio hardware accelerator, 6 MB general purpose SRAM, 2MB AI SRAM memory, and AXI ROM to load user program from SPI flash Package – 72-pin (25.4 x 25.4mm) But you’ll probably want to get start with M1 “Dan” Dock (Lichee Dan) instead since it offers convenient 2.54″ […]