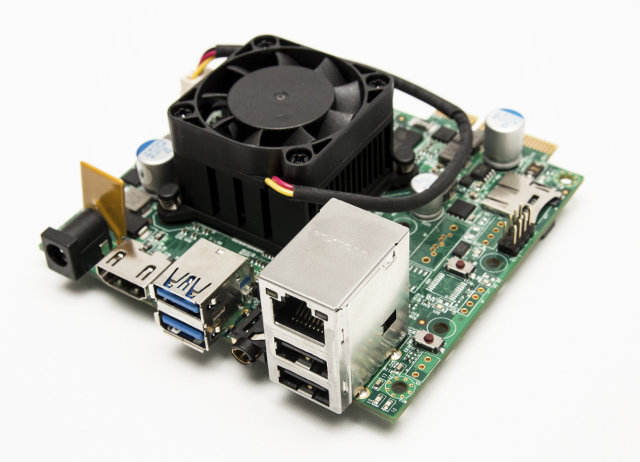 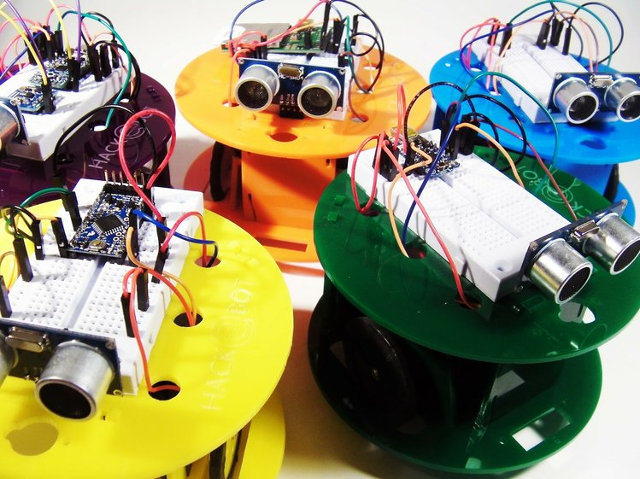 I’ve come across several robotic projects this week, so instead of picking one up, or writing a post for each, I’ll summarize the three products into one post. Two of the projects are educational robots based on Arduino, with the sub $50 Hack-E-Bot, or the more advanced RiQ robot, and Maker Club is a company providing the electronics for robotics kit, and you print the plastic parts with your 3D printer. Hack-E-Bot Robot Hack-E-Bot is an affordable open source robot that hopes to encourage children to learn about engineering, electronics, and programming. The robot is powered by Adafruit’s Trinklet Arduino compatible board, connected to a breadboard, and some add-on boards sensors. The basic version comes with a Sonar sensor, but more add-on boards are on the way including bump sensors, a buzzer, colored lights, a claw, a servo scanner, and so on. The project is listed on CrowdSupply, and has been funded. The campaign is closed, but you can pre-order […] 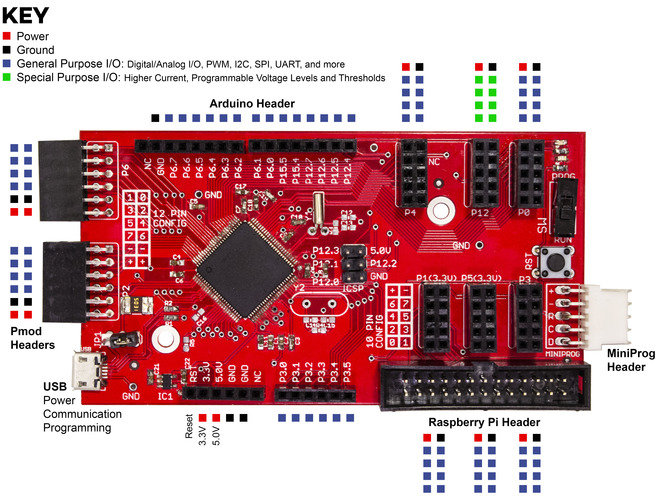 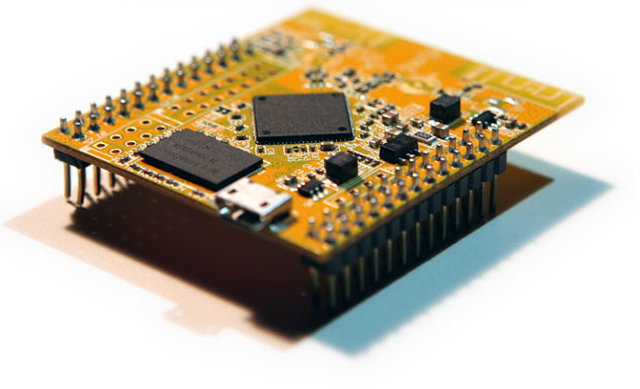 There are now some tiny and low cost ($15 to $20) Wi-Fi modules supporting OpenWRT such as VoCore and AsiaRF AWM002. However due to their small size they may not be that hacker’s friendly as they can’t have 2.54mm headers due to heir small size, and I’ve recently received AsiaRF AWM002 only to find out it not only needs 3.3V supply voltage, but also 1.8V and 1.2V. So I’d need to make my own power circuit with the required LDOs, or purchase a $20 base board to use the module. Here comes WRTnode another larger Wi-Fi module but with more usable 2.54mm headers, and based on the more powerful Mediatek MT7620N processor @ 600MHz. WRTnode hardware specifications: Processor – Mediatek  MT7620N 600MHz MIPS CPU (MIPS24KEc) System Memory – 64MB DDR2 Storage – 16MB SPI flash Connectivity – Wi-Fi 2T2R 802.11n 2.4 GHz up to 300Mbps Expansion Headers – 2x with access to  23GPIOs, JTAG, SPI, UART Lite, USB2.0 host USB […]