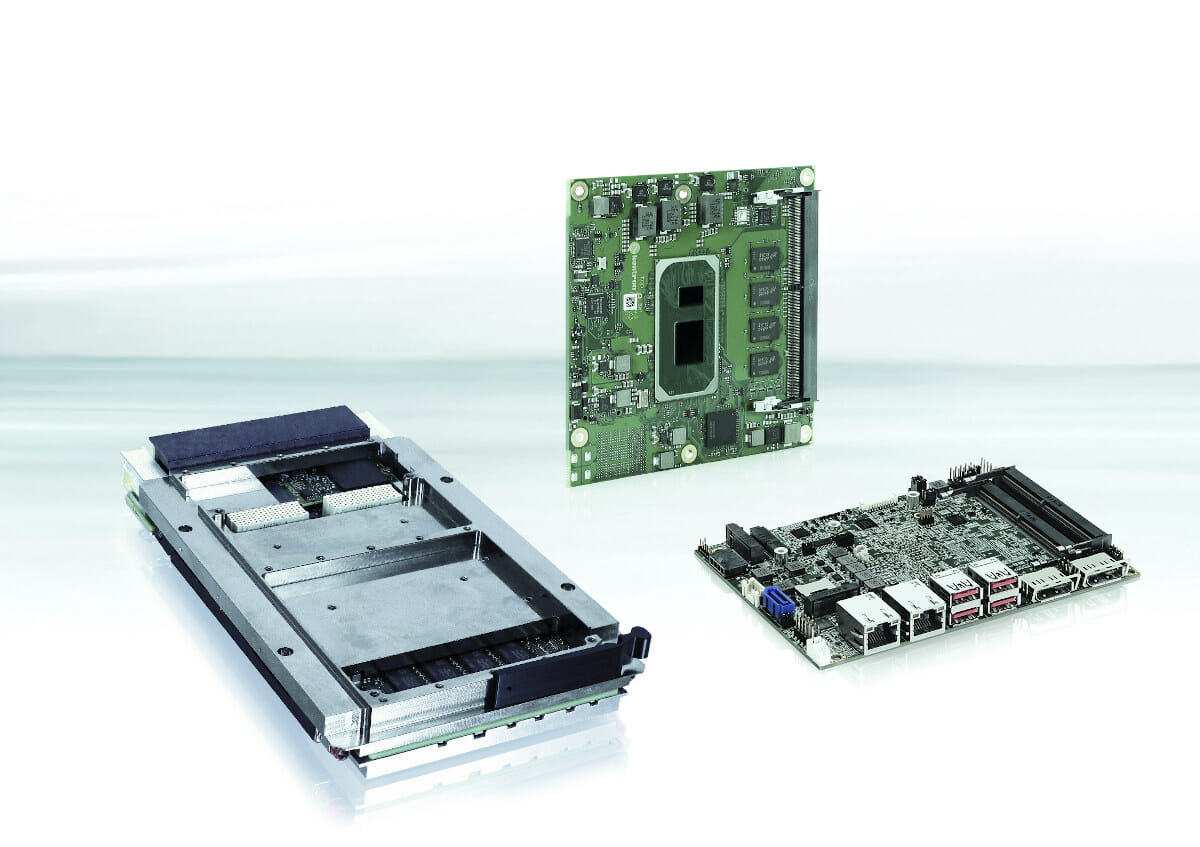 Intel launched several new embedded processors last month including the brand new Elkhart Lake family and some additional Tiger Lake UP3 processors designed for the IoT edge market. There’ve been several products announced with the new processors, but here are more with Kontron introducing two new Tiger Lake embedded hardware with COMe-cTL6 COM Express Compact Type 6 module and VX3060 3U VPX computer blade. As shown in the collage above, a 3.5-inch SBC is also in the works, but while we do not have the full details yet, the company expect the board to comes with SATA 3.0, M.2 socket, 2.5 GbE LAN, as well as four DP channels driving up to four independent 4Kp60 displays. VX3060 3U VPX computer blade Key features for both “3E” and “XG” variants: SoC – Intel quad-core Tiger Lake UP3 processor up to 2.5 GHz with up to 96EU Intel Iris Xe Graphics  – […] 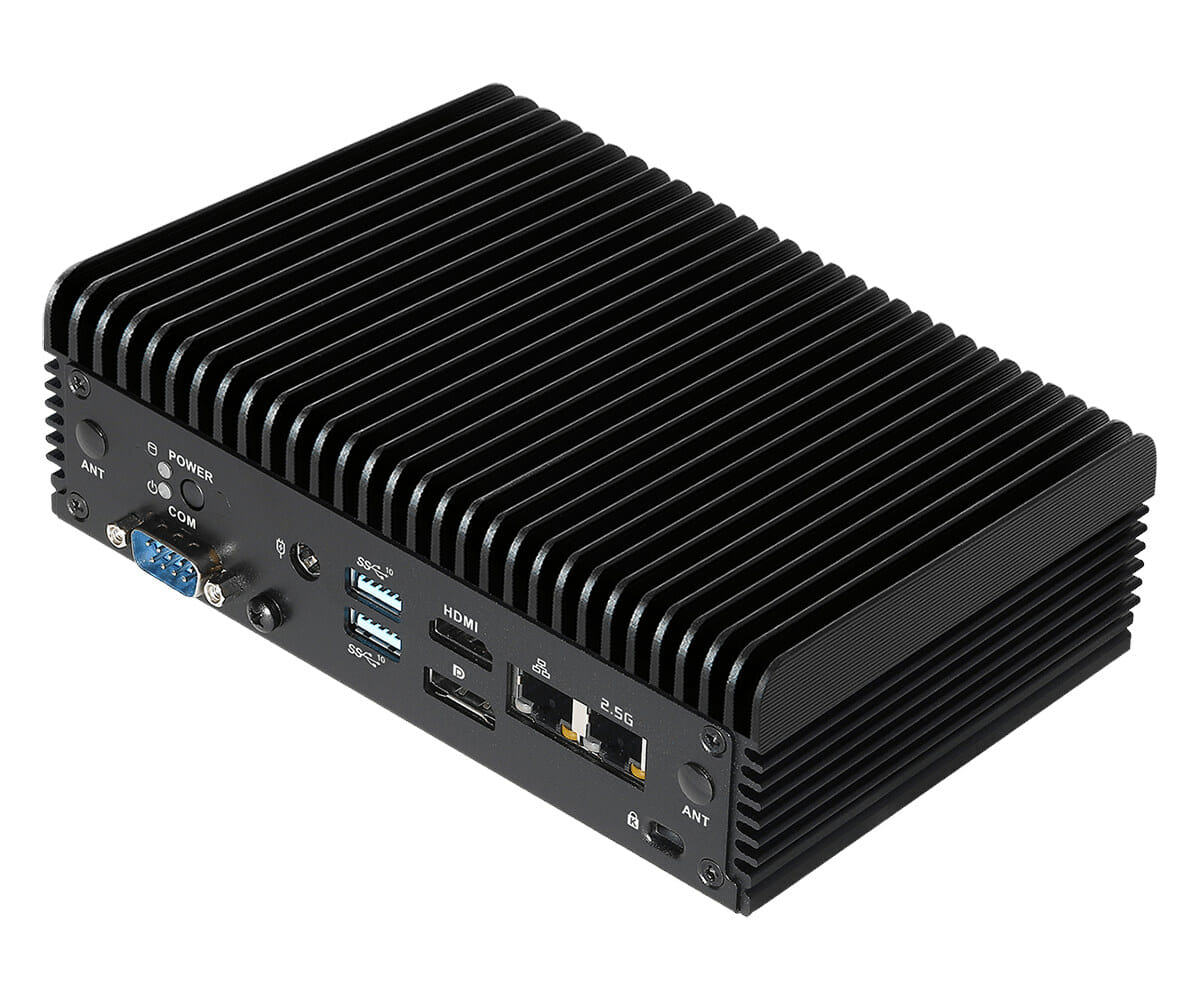 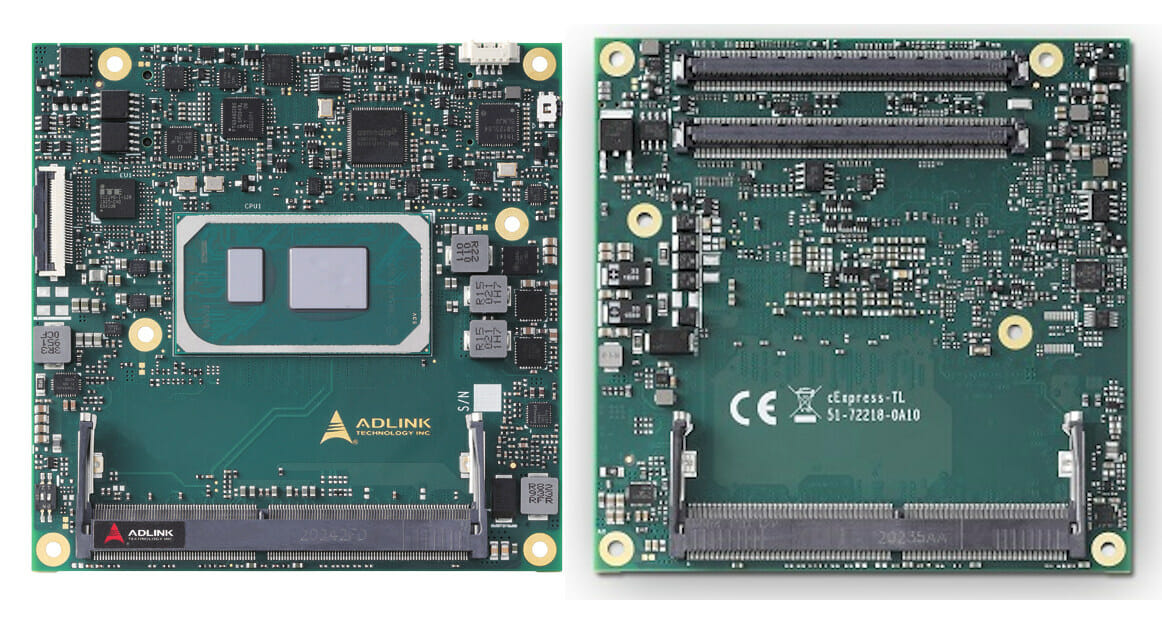 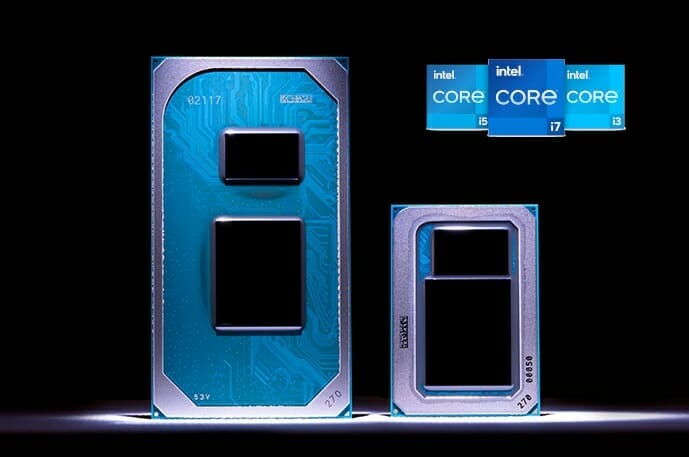 Intel has officially launched Tiger Lake processors for thin-and-light Laptops. The new 11th generation processors come with either Intel Iris Xe graphics or the older Intel UHD graphics, and nine processors are currently available divided into two families: UP3 with 12W to 28W configurable TDP, and UP4 with 7W to 15W configurable TDP. Manufactured with a 10nm process, the new processors are said to deliver up to 2.7x faster content creation (Photo Editing), more than 20% faster office productivity in Office 365, and more than 2x faster gaming plus streaming when comparing an Intel Core i7-1185G7 processor to AMD Ryzen 7 4800U. The new Intel Iris Xe graphics comes with up to 96 EUs and up to 16MB of L3 cache, and Intel claims it outperforms 90% of the discrete graphics usually paired with U-series processors. Tiger Lake processors also integrate a new DP4a instruction set for neural network inferencing […]

Intel has just introduced Thunderbolt 4 universal cable connectivity solution for data, video, and power with up to 40 Gbps bandwidth, and USB4 specification compliance. The new standard can support up to four Thunderbolt ports in docks and universal cables up to 2 meters in length. Compared to Thunderbolt 3, Thunderbolt 4 doubles the minimum video and data requirements leading to support for two 4K displays or one 8K display, and PCIe storage speeds up to 3,000 Mbps. It also enables PC charging on at least one computer port and allows you to wake your computer from sleep by touching the keyboard or mouse when connected to a Thunderbolt dock. It also adds mandatory Intel VT-d-based direct memory access (DMA) protection to helps prevent physical DMA attacks. The first processors to integrate Thunderbolt 4 will be “Tiger Lake” mobile processors, and the company also announced the Thunderbolt 4 controller 8000 […] 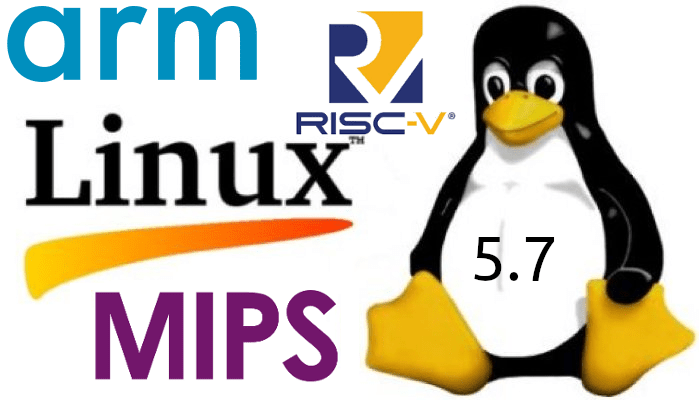 OK… I’m a bit late on that one. Linus Torvalds released Linux 5.7 last week: So we had a fairly calm last week, with nothing really screaming “let’s delay one more rc”. Knock wood – let’s hope we don’t have anything silly lurking this time, like the last-minute wifi regression we had in 5.6.. But embarrassing regressions last time notwithstanding, it all looks fine. And most of the discussion I’ve seen the last week or two has been about upcoming features, so the merge window is now open  and I’ll start processing pull requests tomorrow as usual. But in the meantime, please give this a whirl. We’ve got a lot of changes in 5.7 as usual (all the stats look normal – but “normal” for us obviously pretty big and means “almost 14 thousand non-merge commits all over, from close to two thousand developers”), So the appended shortlog is only […]

The current high-performance low power 5W Intel processors are part of Amber Lake family, which will be followed by Comet Lake in 2020, and Tiger Lake in 2021 according to a roadmap leaked a few months ago. It looks a little too early for this, but NotebookCheck.net reports an unnamed Intel Tiger Lake Y-series processor has showed up in UserBenchmarks website. The system is said to feature an “Intel TigerLake Y LPDDR4x T4 Crb” motherboard, with an “Intel Tiger Lake Client Platform” coupled with 12GB DDR4 memory. The processor is only named “Intel 000” and comes with 4 cores, 8 threads having a base clock of 1.2 GHz, and an (average) Turbo clock of 2.9 GHz.  The SoC also comes with a Gen12 Intel UHD Graphics, but the computer also features a much faster AMD RX 580 graphics cards so bear this in mind if you’re looking at graphics benchmarks. […]